Sony gears up to challenge Apple for indie games developers

Game on for the handheld digital wars! 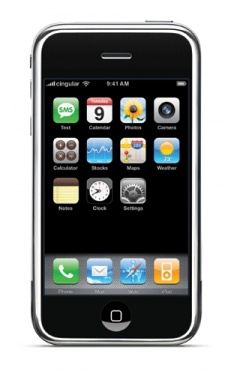 Apple announced that more than 1.5 billion iPhone apps have been downloaded from its App Store, while also revealing that it has 100,000 registered developers, and an addressable base of 40 million iPhones and iPod touches.

Meanwhile, Sony threw down the barriers to developing for its PSP handhelds, streamlining its submissions and approval process, reducing the price of devkits, and promising to let developers charge low prices for their games.

The immediate impact: lots of iPhone developers will start porting their games to PSP. Already, Subatomic Studios has revealed that it's taking its popular Fieldrunners iPhone game to PSP, but it will be the first of many.

And that's without counting Nintendo, which already has DSiWare, but will surely now move to ensure it's equally appealing to the kind of focused, creative independent developers who've been a big part of the buzz around iPhone in the last year.

If you're a Subatomic Studios, or for that matter a Digital Chocolate, Firemint, ngmoco, TAG Games, Freeverse, Fishlabs or whoever, this is huge. And we haven't even factored in non-iPhone smartphones yet.

But the core thing is this: Apple, Sony and hopefully Nintendo aren't just competing for gamers' affections: they're now competing to get games from the smartest, most creative developers on their platforms too.

Of course, there are questions and challenges around all this:

1. Is 1.5 billion iPhone downloads as great as it seems?

Apple has done a fantastic job with the App Store so far, but the benefits are most clear-cut for Apple - which is selling lots of devices - and for gamers, who are getting bags of choice including some outstanding games, for bargain prices.

For developers, it's a more mixed story. Although games are by all accounts a decent chunk of those 1.5 billion App Store downloads, many of them are free titles. How many of the paid games downloads are going for 99 cents? Nobody knows, but the App Store charts indicate it's lots.

In short, 1.5 billion downloads is an important milestone, but what it equates to in terms of revenues going to games developers is a more thorny question. It's notable that the only games firms shouting about how much money they're making are smaller studios who've had smash hits.

This isn't about criticising Apple: it's about looking behind the headline figures, and warning developers who are adopting a goldrush mentality towards the App Store. Yesterday, Apple also said it has 100,000 registered iPhone developers and 65,000 apps on the App Store - competition is intense.

2. What are the nitty-gritty details of Sony's plans?

Sony is opening up its PSP store to indie developers and actively courting firms that have been focusing on iPhone. Great! But what revenue share is it offering, and will it match Apple's 70 per cent?

How will games be presented on the store? Will Sony adopt a pure editorial policy like Apple does, or will there be more bargaining for top slots on its store, in the style of traditional operator decks? Will it favour 'proper' games firms or be truly open to all? Will it cap the number of games at any point?

Sony's announcement yesterday is exciting for developers, but they'll now want more details of how exactly it's going to work before committing themselves.

3. How will studios need to evolve to make the most of these opportunities?

Let's say you're an indie developer who's made a successful iPhone game, or a few. Now you've decided to also target PSP and DSi, so what do you need to do to give yourself the best chance?

Which is your lead platform, if any? How do you make use of each device's unique characteristics? What sort of in-house marketing team do you need? How do you set up your development teams, and where do you find the people required to bulk up to this challenge?

And, perhaps most importantly, are you going to be in competition not only with fellow indie developers, but with micro-studios within larger established games firms: for example EA Mobile's cleverly named 8lb Gorilla?

4. Will social features in these games be truly cross-platform?

Our final question at this point is about social features - the other big buzz right now in handheld gaming. To explain why, here's a scenario:

You have an iPhone game that uses a popular community platform to get your players interacting with one another - OpenFeint, Scoreloop, AGON Online, Plus+, Crystal... whatever.

If you take your game to PSP and DSi, what then? Can you use the same system, and if not, will you end up with three separate communities that don't cross over? And if so, is that a problem?

How about tying Facebook Connect and Twitter into PSP and DSi games? The stuff that iPhone developers are just figuring out is back to square one on some of these other platforms.

These challenges are exciting, of course - they're not a reason for gloom. But the potential of being able to target iPhone, PSP and DSi shouldn't make you forget the nuts'n'bolts required to actually do it.

The last year has been a momentous one for the mobile games industry, as iPhone ripped up the rulebook in style. As Sony and Nintendo react, the next 12-18 months should be just as interesting.

After barbed comments on all sides in recent months, Apple going toe-to-toe with Sony and Nintendo for the hearts, minds and budgets of indie developers will make for a fascinating time.