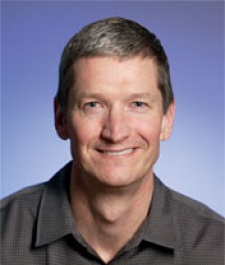 July 22nd, 2009 - 10:56am
By Stuart Dredge, Contributing Editor
We reported last night on Apple's impressive Q2 financial results, but the ensuing analyst conference call threw up some more nuggets to chew over.

This included an admission from the company that it's looking to evolve the App Store in response to what one analyst described as "a race to the bottom" pricing-wise.

"We are always looking for ways to categorise apps differently and we do have some ideas in this area," said COO Tim Cook.

"As you know, today we do it by type of app and also have show popular apps and top-selling apps, etc. We realise there's opportunity there for further improvement, and are working on that."

Having revealed 5.2 million iPhone sales during Q2, Apple didn't split this out into iPhone 3G and 3GS, although it did admit that it's struggling to meet demand for the latter.

"We are currently unable to make enough iPhone 3GS' to meet robust demand and we are working to address this," said CFO Peter Oppenheimer, while Cook confirmed that "the iPhone 3GS is currently constrained in virtually every country that we are shipping in".

The company also declined to say exactly how many iPod touch owners have upgraded to the iPhone 3.0 software, other than claiming it's a "good number". There's been speculation that many iPod touch users are balking at the $9.95 upgrade fee.

Other news from the conference call included the detail that Apple has prepaid $500 million to Toshiba to secure a long-term supply of flash NAND memory for its varous devices, including the iPhone and iPod touch.

Cook was also asked about Apple's relationship with AT&T in the US, following recent criticism of the carrier's network performance, and speculation about a possible extension of its exclusive iPhone deal next year.

"I think it's an excellent relationship and we are very happy with it," said Cook, playing a straight bat once more.

When asked again, he expanded. "Without talking about specific ones, I see them making more investment in order to have faster networks, and see them being very happy about driving higher ARPUs and lower churn."

Meanwhile, Cook was pressed on whether Apple plans to launch a tablet device or netbook in the near future, but batted all the questions back.

However, he did point out that "Our goal is not to build the most computers, it's to build the best", implying that Apple won't be sucked into a price war at the lower end of the netbook market.

Finally, Apple didn't confirm rumours that it's signed a deal with China Unicom to launch the iPhone in China, but Cook did say that China is a "priority project and we hope to be there within a year".