Some thoughts on digital distribution and gaming (Pt. 1)

Where do we go from here? 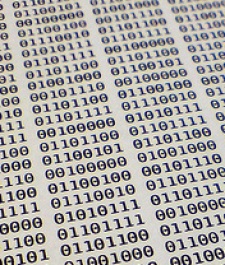 July 27th, 2009 - 04:23pm
By Stuart Dredge, Contributing Editor
Theres a growing sense - expressed by several speakers at recent conferences - that were in the early days of perhaps the most seismic shift the games industry has ever seen.

Its fuelled by several factors, including but not limited to digital distribution; open storefronts where developers control the price of their games; the impact of social networking; and above all the shifting sands as old developers move to new platforms, while old platforms try to attract new developers.

Not to mention the clutch of technologies emerging to suggest that the future of gaming lies in the cloud, not on proprietary console hardware. Things are changing, and fast. The implications for mobile games developers are huge.

So what are they? Here are some loosely connected thoughts.

Youre not a mobile games developer any more

If youre making mobile or iPhone games right now - and particularly if theyre based around your own IP - its increasingly likely that youre looking to take those games to other platforms, from PSPgo and DSiWare through to Xbox Live Arcade, PC download or Facebook.

These platforms are all open to you, although thats not to underestimate the challenges involved, or indeed that youll necessarily want to be the company that actually takes your games to those other platforms. Developers can be licensors these days, not just licensees.

You can see strategies popping up in various incarnations, whether its Gamelofts steady expansion into console, Digital Chocolate using Tower Bloxx as its calling card for new formats, Connect2Medias crafty strategy to make Go! Go! Rescue Squad! a cross-platform hit from the start, or iPhone developers like Subatomic Studios signing up to take its Fieldrunners hit to PSPgo.

Its about taking your titles where the gamers are, rather than reining yourself in with a particular platform focus. That said, its also about ensuring games arent pure ports, but take advantage of those different platforms capabilities - look at Tower Bloxxs four-player mode on XBLA for a shining example.

Innovation is transferring rapidly between platforms

Even if youre not shoving all your games onto Facebook just yet, in the current climate it pays to be aware of whats going on elsewhere in the gaming world. Technical and business innovations are travelling faster between platforms right now than ever before.

Take iPhones In-App Payments API as an example. Developers are excited about its potential to help them make money out of their games, especially when they feel pressured to sell those games for an initial price of less than a dollar.

But how should these payments best work? How much can you expect your players to spend? And how do you avoid antagonising them?

The answers are already being found on non-iPhone platforms. Like Facebook, where companies like Zynga and Playfish are sussing out microtransactions within social games. Or in some MMOs, where hardcore gamers spending patterns are becoming clearer.

And on a downloadable content side of things, PS3 and Xbox 360 have some clear warnings already about what DLC gets players excited, and what makes them feel nickelndimed.

In other words, the days when mobile was its own ghetto of moaning about porting and fragmentation are gone (well, almost). Innovations happening all over the gaming landscape will spark ideas for your games.

iPhone is the biggest battleground yet

Sure, some companies spanned several of these - from EA downwards - but for the most part, they were almost separate industries.

iPhone is the melting pot.

All of these companies have different backgrounds and experiences, whether its casual gameplay mechanics, ninja 3D graphical expertise, a grasp of mobile user behaviour, or some - any! - experience of what makes social games tick. To name but four.

iPhone is where all these companies are crashing together, competing with each other, but most importantly learning from one another and feeding those lessons back to their existing platforms.

Its fascinating, not least because nobody can yet stake a claim for being THE dominant or leading iPhone games firm. Also, because half-arsed ports - whether of old PlayStation games, J2ME puzzlers or the seemingly endless torrent of text-based social titles - clearly arent going to win out in the long term.

All games are social now. Or should be.

Theres still a distinction between social games and other games, but its blurring. Look at the plethora of social tools available to iPhone developers including OpenFeint, Scoreloop, GameSpy, Geocade and AGON Online - or the way publishers like Chillingo, ngmoco and Gameloft are creating their own.

Achievements, challenges, high-score tables (location-based or otherwise), friend lists... these are close to becoming par for the course for new iPhone games, especially as many of the platforms listed above are free to use for developers.

Thats without considering the option to use existing NON-gaming social networks for this kind of stuff, particularly Facebook Connect. Indeed, Glu is shunning OpenFeint and the rest in favour of using Facebook and Twitter, according to publishing boss Jill Braff.

There are big questions around this whole area, too. If youre a cross-platform publisher, making an iPhone game that seamlessly meshes with its Facebook version is easy enough. But what if you take that game to PSPgo or Xbox Live Arcade? Does it matter - to your players - that those are closed-off communities?

And on iPhone specifically, is the intense competition between the various social platforms A Good Thing (because its spurring them to develop new features faster), or A Bad Thing (because it may leave players having to sign up to five separate communities)?

Old pricing models have gone out the window

Hand-in-hand with digital distribution comes the freedom for publishers and developers to set their own prices, and control their retail destiny. Well, I say control - as things have turned out, many companies feel they have little control over their pricing policy, other than to decide how long to hold out before slashing their games price tags.

Weve covered this issue regularly on PocketGamer.biz, for example in our latest analysis of Top 100 prices on the App Store. But its by no means restricted to Apples store. Look at how the likes of Research In Motion and Sony Ericsson are setting minimum price points to avoid the race to 99 cents.

Yet look at Sony confirming that indie developers will be able to charge low prices for PSPgo downloads, or Microsoft revealing that its newly-renamed Xbox Live Indie Games will allow games to be downloaded for 80 points - around $1.

Its easy to see all this as a race to the bottom, where even top-notch titles have to resort to Peggling - cutting the price sharply to zoom up the popularity charts before raising it again to actually make some money. But micropayments and ad-supported models show there is plenty of experimentation to be done.