IUGO flicks back through 2008's entries 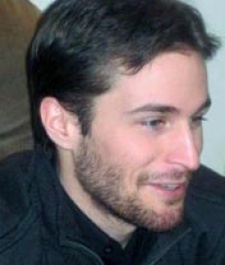 September 3rd, 2009 - 10:00am
By Jon Jordan, Contributing Editor
When the App Store launched in July 2008, the line up included the likes of Super Monkey Ball, Tetris and Crash Bandicoot Nitro Kart 3D.

Certainly enjoyable, but hardly the sort of games we'd never seen before.

The arrival of Toy Bot Diaries, with its accelerometer and physics-based gameplay, plus the character of Toy Bot himself, demonstrated how different and exciting iPhone gaming could be, however.

It was a message emphasised by the arrival of diary Entries 2 and 3 over the following months.

We caught up with Kyle Maglio, lead designer at Canadian studio IUGO, to find out more about the genesis and development of the games.

Pocket Gamer: What was the initial inspiration for Toy Bot Diaries?

Kyle Maglio: The iPhone's accelerometer feature was actually our biggest inspiration. We loved the idea of being able to control the world or a character within.

As we started integrating the Box 2D engine [open source physics engine], we started thinking of the cool things we could do with physics, and the grappling hook idea was almost instantly unanimous. Bionic Commando was a big inspiration, and other legendary platformers such as Mario and Sonic certainly played their role in our design process.

How did you come up with the name and the character?

In a kick-off brainstorming meeting, the lead programmer handed me a document that said "Game Title: TBD." It seemed curious. I thought to myself, "marketing loves recognisable acronyms," and mentioned that TBD seemed like a good game acronym.

Just before the meeting, the lead artist showed me a robot concept he was working on - one that looks very much like the Toy Bot we know and love today - so I already had that in my head. When I said, "What about Toy Bot Dexter?," Sarah Thomson, our director of business development, quickly followed up with "Toy Bot Diaries." And the rest is history.

How about the memory chip collection aspect of the game?

Collecting stuff is fundamental to the human experience, not to mention a staple of the platforming genre. We knew we needed stuff for the player to collect - for fun and to boost replay value - but with Toy Bot's unlimited lives, collectibles felt somewhat arbitrary. We took the opportunity to give our little hero some backstory and locked it within data pads.

How quickly did the physics-based gameplay come together?

In leveraging the Box 2D physics engine, we were able to get all the fun that comes with realistic physics right out of the box. Naturally, we had to extend Box 2D's capabilities to create Toy Bot's grapple, but we had a crude prototype within a week or two. The grapple was revisited throughout the project, and has undergone numerous updates to get to where it is today.

Another big challenge with the physics was deciding exactly what we wanted to expose to the level designers. We had to strike a balance between what we wanted to do and what was feasible to integrate into our toolset.

How much tweaking did the tilt and tap controls need?

It's difficult to find the sweet spot with tilt and tap controls, because they're so subjective: some people have bigger fingers than others, and some like sensitive controls while others do not. We had to revisit them constantly throughout the development and play testing processes to ensure we had the most intuitive controls possible.

Why did you decide to make three episodes?

The idea to go episodic is as old as Toy Bot himself. We knew the iPhone was the hip place to be, and we wanted to show the iPhone community that IUGO was here to stay. We were developing a robust tool set to create the Toy Bot games, and we were excited to continue to evolve them to deliver new features and functionality that would keep players coming back for fresh content.

We decided to stop at three episodes in order to focus on developing other great IP. We wanted to show that IUGO was not a one-trick pony, and that we were excited to expand into other genres and styles.

How difficult was it to work out how much content to include in each episode, and how did this change over time?

Toy Bot Diaries was IUGO's first iPhone game, as well as our first completely self-funded project. The race to get onto the App Store early was on and IUGO wanted to be present ASAP.

We also wanted to provide as much content as possible, but we definitely had to consider our budget given the iPhone was a brand new platform. The content in episodes 2 and 3 improved in quality and quantity due to the evolving tools and our increased experience.

How did the design change throughout the games development?

As the tools became easier to use, we started being able to do more interesting things. Once a lot of complicated and monotonous tasks became more automated, we were freed up to be a lot more creative with our levels.

Despite continuous improvements to our editor, the designers were always pushing the boundaries of the tools to coming up with creative level designs and challenges.

Were you surprised people found the first game so difficult or is this part of a good puzzle platformer?

Admittedly, we were surprised so many people struggled with the game. We were proud of our physics puzzles, and excited to feature them front and centre, but we did not anticipate the market's expectations of a platformer on the iPhone.

I think a lot of people were expecting Toy Bot Diaries to be very casual like a Mario game. We took the feedback we received from the first game very seriously, using it to create a more casual experience in following episodes.

Can you give a rough breakdown of the development time and any significant tools used?

We developed a proprietary library of tools to work based on the Box 2D physics engine. This enabled the designers to create all level content for the game in one solution.

What were the biggest obstacles you had to overcome?

True physics-based games have this element of Gotcha that always keeps you on your toes. Sometimes quirky things happen, like objects passing through one another, and events not being triggered; it's a jungle out there.

The grappling hook, for example, was always presenting new bugs and undesired behaviour that needed to be addressed. Optimisation was also a fairly large issue. We weren't anticipating the physics to eat up so much processing power, which forced us to redesign a fair number of challenges.

At what point did you realise you'd come up with something special?

Even before we had any art, we knew we were onto something. We knew that physics-based games were inherently fun, but the unique combination of the grappling hook and the tilt controls sealed the deal.

With the announcements for pre-existing games coming out onto the iPhone, we knew that we were going against the grain by creating a brand new franchise unique to the device. The gameplay experience of Toy Bot Diaries can only really be appreciated on the iPhone, and we had a hunch that it might turn some heads.

Were there any particular surprises you had in terms of feedback?

We were overwhelmed by the positive feedback. We were constantly checking the App Store to see all the latest user reviews.

The biggest surprise was definitely the difficulty people were having with the puzzle challenges. The development team generally felt that the puzzles were fair, but we couldn't be sure what kinds of people would be purchasing the game.

The best surprise was seeing Toy Bot Diaries 1 featured in the first Apple iPod touch gaming TV commercial in the Fall of 2008. One of our clients had told us about it. We didn't even know it was chosen. We have been so happy with the support Apple has given to our titles thus far.

What parts of Toy Bot Diaries are you most happy with?

Toy Bot deserves a special mention here. The game would be nothing without him, but we're really happy with the accelerometer and touch controls. Our gameplay made great use of the iPhone's amazing capabilities, and the controls never felt forced.

You've now released a Spy Bot game, so how much further do you think you can take the characters?

You never want to overdo a franchise, which is why we wanted to feature a completely new style of gameplay with Spy Bot Chronicles.

I know it would be hard for IUGO to make another platformer without considering the Bots as headliners, because there's so much untapped potential.

We've had many great ideas for fresh content in the Toy Bot universe, and, even though there's a focus on developing new IP, it's hard to resist creating new Bot experiences. We feel that Toy Bot is an iconic character, and given his round physique, he's suited to a vast range of gameplay styles.

IUGO is also working hard to develop several IP groups that can be expanded upon. And you may see Toy Bot on other portable and mobile platforms in the future. We think his appeal is broad and the games would transfer well onto other devices.

Thanks to Kyle for his time.


And check out our other Making of interviews such as