Will to power not Robin Hood 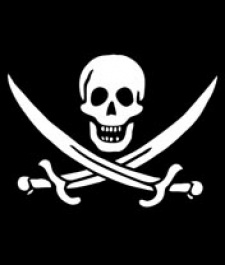 September 12th, 2009 - 09:00am
By Chris Wright
Games have been pirated since the birth of the games industry.

Back in my school days, I remember a friend who used to carry around what looked like a toilet roll, but unlike normal Andrex, this one consisted of hundreds of Spectrum games.

Just because piracy has been around since the start doesn't make it right though.

The excuses that pirates will use when confronted with the millions of dollars lost due to their efforts is:

a) They would have never bought the game so they're not actually stopping money flowing into the industry.

b) Games are too expensive. If they were cheaper, there wouldn't be any piracy.

Talk to the publishers however and they'll confirm that the price of games is driven by sales but in another way. If there was less piracy, games could be cheaper.

So in the end, the honest punter who buys the game ends up paying extra because of pirates. Effectively, he's buying some fraction of multiple versions of the game to cover the money sucked out of the industry by the pirates.

And this becomes a feedback loop in which price drives up piracy, which drives up the price...

Of course, things have changed with iPhone.

Here's a platform that delivers entertainment at an incredibly cheap price. Games no longer cost £35 or even £5, but 59p.

And these arent crap games either. Some of the most addictive games on the market - Flight Control, Doodle Jump, Tap Tap Revenge - are available in the App Store at this giveaway price.

This is the panacea, where people can buy great games at truly pocket money prices, instantly, any time and anywhere. There's no barrier stopping the player from buying the game, it couldn't be easier or cheaper.

Why would anyone pirate a game when they can buy it for so little? The effort required to pirate iPhone game means searching the internet for a pirate site, downloading the game to your PC and manually syncing it with your iPhone - considerably more effort than clicking on the App Store legitimately.

But the reality is that iPhone games are pirated like everything else.

With some cheap games, over 60 percent of the installs are pirated versions, and obviously the rate is even higher for more expensive games.

This demonstrates that people will pirate games no matter what the price. They do it because they can.

And sadly, this piracy still has the potential to kill the industry, because making money on a 59p iPhone game is only possible if the maximum number of people actually buy a game.

After 12 years in the games industry, the last eight as head of production at I-play, Chris Wright has finally escaped. He now runs his own consultancy focusing on casual games. He can be contacted at chris [at] gamesconsultancy.com or follow him on Twitter.