Backflip on 11 million downloads, $1 million sales, and the power of in-app advertising 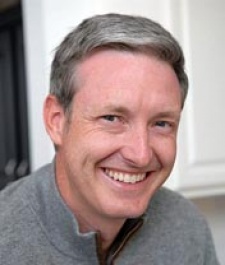 October 5th, 2009 - 03:01pm
By Jon Jordan, Contributing Editor
Backflip Studios isn't one of the high profile names on the App Store, but it should be.

The US developer has released some of the most popular free apps, gaining millions of downloads, and using their popularity to drive the sales of paid apps via in-app advertising.

Most notably this occurred with its free Paper Toss game, which supported the release of 99c version Paper Toss: World Tour.

The company is now entering the line drawing genre with the soon-to-be released Harbor Havoc 3D, and there will also be a sequel to its physics sandbox game Ragdoll Blaster.

We caught up with founder and CEO Julian Farrior to find out more about its approach to the business.

You've recently announced a total of 11 million downloads of your apps. Can you break that down further?

Of the 11.5 million downloads, about 75 percent have been the free version of Paper Toss. That being said, we have done more than $1 million in sales on our paid applications, Ragdoll Blaster and Paper Toss: World Tour.

I continue to favour a mixed portfolio of both free and paid assets. Expect to see some innovative free games from us in early 2010.

As a developer you've been successful across a range of genres and games without brands. How?

There is absolutely no doubt the success of Paper Toss allowed us to propel our other titles into the spotlight. Almost overnight, we had nearly 5 million downloads and the ability to message our users.

However, without other quality games this would have been meaningless.

We initially ran only house ads on the front page of Paper Toss and as a result were able to get Ragdoll Blaster into the top 50. Shortly thereafter, we launched a lite version and saw the product climb an additional 30-45 spots. The combination of two highly ranked free products driving traffic to a quality title resulted in an unforeseen and attractive distribution channel.

We plan to apply these learnings to future launches. As far as how this influences new games, I think we will continue to have more in-depth paid applications like Ragdoll Blaster II with 8-12 week development cycles launch alongside other free products like Paper Toss with shorter 3-4 week development cycles.

How are you using mobile ads in terms of generating revenue?

We tried to make the mobile advertising as unobtrusive as possible in Paper Toss and will continue to do so in our other free applications.

At first there was certainly some strong user feedback with regard to ads, but the overall usage numbers trended up rather than down. The bulk of our users seemed to be willing to allow for a few ads in exchange for a great free game. For the vocal minority, we launched an ad free version of the original Paper Toss for 99c [Paper Toss: World Tour].

Designing a game with mobile advertising in mind is a completely different process, one that will be further tested early next year. We are working closely with AdMob to design some innovative placements that will not significantly impact gameplay.

With regard to networks, we have been working with many but I have seen the best yield from AdMob, Quattro, and Google. I am excited about mobile advertising and have seen it become a much more important part of our business. It will likely account for 50 percent of our revenues in 2010.

How important are free games to drive sales of paid versions?

We will continue to launch lite versions of our games where it makes sense. In addition, we currently reserve about 30 percent of our impression inventory on Paper Toss to run house ads for paid applications.

In general, there's a lot going on in this nascent industry that suggests there will be much better conversion solutions in the near future. What I mean by that is, I hope to be able to soon target folks playing our free games who do not own our paid games. Right now, we are blindly running ads with an okay conversion rate but I think this will change for the better as app tools get smarter.

What's your take on the whole 99c pricing as Backflip has had success at $1.99?

Let me start by saying I certainly favour higher prices for quality games.

We had a much slower rise to the top 5 with Ragdoll Blaster as a $1.99 game than we did with Paper Toss: World Tour as a 99c game, but in the end it looks like we will see a much higher overall yield.

However, I think there is extraordinary downward pricing pressure in the App Store with the quantity of titles being released at the 99c price point. Over the course of the next year we will see brand become more meaningful as the number of apps continue to swell.

As far as what this means for Backflip, here's where I am placing my bets.

We will develop longer cycle games in the $1.99-9.99 range and hopefully leverage our emerging brand to try to differentiate ourselves.

In addition, I am extremely bullish on developing quality free games and leveraging mobile advertising.

It is my hope that more and more major brands move to mobile advertising and lift the overall eCPMs such that this can become a sustainable business model for many developers. As an ex-Yahoo veteran, I saw this trend happen on the internet in the late nineties and I expect it to be no different for mobile.

Finally, are you planning to enable micro-transactions?

Yes, we will likely do this at some point but I don't have any exact dates.

Thanks to Julian for his time.

You can keep up to date with what Backflip gets up to via its website or Twitter.