ustwo: Native Flash will be great for iPhone prototypes but not for apps 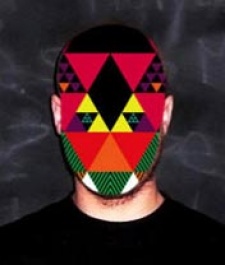 October 7th, 2009 - 04:47pm
By Jon Jordan, Contributing Editor
While Adobe and Apple are still to sort out what they are doing in terms on in-browser support for Flash, the announcement and release of the Notus technology means Flash developers now have a simple pipeline to make and release native iPhone apps.

It's a situation certain to have a big impact in terms of the number of releases on the App Store over the next couple of months.

But how significant will it be in the longterm?

In the first of a series of interviews, we asked mills from UK/Swedish user interface studio turned app developer ustwo for his opinion.

Pocket Gamer: How useful will it be for you to be able to make native Flash apps for iPhone?

mills: In its current state, it's only really suitable for proof of concept work, and we feel this will remain the same until all the GPU hardware optimisations are taken care of. At the moment, performance is a limitation, especially compared to the quality of native iPhone applications.

Also, one of the other issues would be API access, as in its current state, Notus does not allow you to access key sensor support , such as the accelerometer.

But you have to take into account that the Notus build is still in an alpha state. During the last week or two before announcement at Adobe MAX , progress was made in leaps and bounds, with up to two new build drops a week.

Once all these issues are sorted, the ability to make Flash content opens up the platform to a whole world of casual Flash game developers, who can't or may not be interested in learning Objective-C. By using Flash as the development tool, you can bring down development time massively.

Do you have any plans to use it?

We have a large inhouse iPhone development team, so will continue to create content in native Objective-C and C++, until the Flash development process can offer the same functionality.

We do however use Flash in the proof of concept stage of all our development, and the sooner we can port that straight across and test it on a device, the better.

This would open up the ability to release on numerous platforms (S60, WinMo, iPhone etc) with minimal porting.

What limitations will this system have compared to building native iPhone apps from scratch?

Native development gives us complete control over resources, rendering and API access which is absolutely necessary for large scale development. For client projects, as well for our own internal projects, we have to be able to access all the features that make the iPhone such a good user experience, such as the accelerometer, UIKit and location services.

There is also the insecurity of how compatible applications made with Flash will be with future upgrades of the iPhone software. How fast can Adobe react to changes in the API or adapt their system to new features?

Would you prefer Apple to open up iPhone so it would be able to do in-browser Flash games?

It would be great to have Flash content viewable in the iPhone browser, as until this happens the iPhone can not really offer the full functionality of the web. However, until the stability and power consumption issues that come with a Flash browser plugin have been solved, it could remain far off for iPhone.

What impact do you think this will have in terms of the number of Flash games released on the App Store?

If Apple doesn't object to this method of developing applications and allows more of them through to the App Store then we should start seeing even more developers wanting to try their hands at iPhone development.

The possibility to develop new and port existing Flash content to the iPhone makes it easier for people to get started so naturally that should result in more games and applications.

Thanks to mills for his time.

You can keep up to date with the activity at ustwo via web and Twitter.