Opinion: Apple unveils iAd to open new revenue stream for developers, but is it win-win? 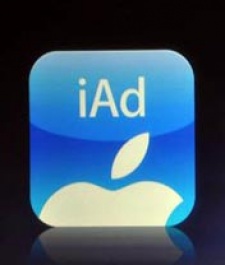 April 9th, 2010 - 05:49am
By Chris James, CEO
Steve Jobs saves the best til last at his Apple press conferences, and he was certainly very animated about the potential of iAd, the final tentpole of the iPhone OS 4.0 event.

He notably dedicated over 12 minutes (almost one fifth of the hour long presentation), and the majority of his minimalist slides to the subject of how iAd will revolutionise the advertising business on iDevices.

In short Apple is serious about iAd, but should the rest of the industry be getting excited too?

It's all about a new kind of advertising experience; something that in Jobs' vision is closer to being an app than the current generation of banners or Flash ads. Of course iAd uses HTML 5 to combine the emotion of TV ads with the interaction of web ads.

In practical examples he showed off work from Nike, Pixar and Target, which mixed in the same interactive elements you get from apps (shake the screen to change shoe colours, touching Toy Story characters to move them), along with video and mini-games.

Jobs also cited his obligatory iNumber(TM), dividing the 30 minutes per person spends per day on apps by 3 minute sessions then multiplying this by the next target install base of 100 million devices (iPhone and iPod touch combined are at 85 million), to come up with a nice round 1 billion ad impressions per day.

But while this number and the ads themselves are unarguably impressive, we found ourselves answering Steve's rhetorical question 'Have you ever seen an ad like this?' rather rapidly.

The answer is yes, frequently in fact: either in the form of an advertising micro-site or, closer to home, the myriad promotional iPhone apps like Carling's iPint.

All of which begs two further questions. Who's going to create these compelling app-ads, and more importantly, How exactly will the customer be introduced to them?

In the first case, it's one thing for Nike's multi-million marketing team to pull in a sports stars for an exclusive interviews or for a movie studio to cut an extra trailer, but smaller web advertisers are less likely to have the budget or even the content to create something that consumers would want to spend similar time with.

Of course, that's not necessarily a problem, as it's likely Apple is solely shooting for these star advertisers anyway in an attempt to achieve something the mobile market hasn't yet made progress with i.e. dragging the big budgets of top tier clients away from TV.

So while we can see Jobs attracting the big clients (which advertising veep worth their salt doesn't have an iPhone, MacBook and iPad in their office?), delivering ads in a way that will get consumers to engage on a deeper (and more frequent) basis than currently is a more challenging leap of faith.

If, as was suggested, the ads are linked from banners in an app, you're still reliant on click-through percentages same as any web medium.

Granted there's the fact that because these ads are built into the OS, customers don't have the typical problem of drifting off and getting lost once they make the click, and can snap back to their app at any time.

Also there's the theoretical promise of a better experience in the ad itself, although as mentioned before, that argument may work with a shiny picture of Buzz from Toy Story 3, but it's somewhat less compelling for a buy one, get one free Sim card offer from a mobile carrier.

Even assuming ads will be better than standard quality (and it's tough to see how this will be policed), it's going to require a lot of traditional advertising to make all but the most tech-savvy customers aware that these banners represent anything genuinely different from what they experience elsewhere.

If the ads were foisted on the consumer more aggressively, i.e. by actively popping up and filling the screen unbidden, that might increase click throughs but only at the expense of being obtrusive.

So who wins anyway?

Putting aside the end-user for the moment and assuming iAd works as well as existing approaches, it should mean another revenue stream (or at least another option) for developers, as Apple is offering a 60 percent revenue share on the ads it'll be serving. And the integration and reporting should be more painless than current systems.

It could be good news for advertisers too, offering another channel to promote to customers on the move and could perhaps be the opportunity that makes the breakthrough for mobile advertising in the way that App Store did for apps.

That said, it will obviously require a rethink of the approach and budgets  creating a series of interactive features will cost considerably more than a banner ad.

Ultimately then it's more of a challenge for the owners of existing advertising avenues, particularly those with on-app solutions like AdMob, Pinch, Greystripe and Medialets whose activities and methods are being directly targeted and who are going to be limited in the resistance they can put up against a platform holder such as Apple.

That said, should it come to pass that the existing players ad networks start to falter, this could pose knock-on problems for developers who've previously adapted their models and might not be as suited to Apple's solution.

Suffice to say it will likely longterm force the average developer even further into the grasp of Apple's benevolent mercy as it increasingly becomes everyone's sole paymaster.

Yes, Steve Jobs is shaping up to be your advertising daddy.