From Apple to Zygna 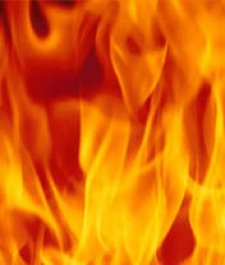 December 31st, 2010 - 04:04am
By Jon Jordan, Contributing Editor
As in all good cop investigations, what's key when tracking significant business activity is the ability to follow the money.

For that reason, the 10 most important mobile gaming deals of 2010 tell us more than just who bought whom.

Significant as that is, these deals also tell us who had access to cash and how much they were willing to spend, who was ambitious to grow by acquisition, and hence who to watch out for in 2011 - both in terms of how they expand their newly engrossed business, as well as to check for signs of over expansion.

It's also crucial to note the sectors involved, with social gaming and platforms, advertising, UI and mobile OSes all featuring as hot technological areas.

Continuing a buying frenzy until its expected IPO or acquisition, US social gaming Zygna bought many developers during 2010, including three with a mobile gaming bent.

Of these, the purchase of Newtoy, the US mobile developer behind the With Friends games, and the original developer of ngmoco's We Rule was the most significant in terms of gaining raw talent. German company Dextrose was bought for its HTML5 development expertise. The cost of acquisition wasn't disclosed for any of the deals, although it was thought Japanese social developer Unoh could have cost around $12 million.

9. Samsung to support DeNA's Mobage on all Android handsets

In many ways, Samsung's decision to embed DeNA's Mobage social platform on all its Android smartphones is a prosaic business deal. Yet the reason it's significant is Samsung has demonstrated it's one of the strongest Android OEMs, shipping around 10 million of its Galaxy S handsets.

The deal also underlines DeNA's status as a player in the global social gaming market, thanks to its acquisition of ngmoco, and the integration of its Plus+ network with DeNA's original Japanese Mobage platform. It will be fascinating to see whether these two companies can leverage each other's fast growth and supercharge both businesses.

8. Aurora Feint announces an $8 million funding round from Intel Capital and The9

US developer Aurora Feint created plenty of news during 2010, but an $8 million funding round, including $3 million from Intel Capital proved to be foundational to its business development. Another company involved in the funding was Chinese social giant The9, which invested at least $4 million.

What was also interesting about this was Japanese outfit DeNA had already taken 20 percent of Aurora Feint in 2009, although considering its other activity during the year, it seems likely that it's been heavily diluted, if not completely bought out since its original funding.

Still, exact shareholdings aside, the cash has been vital, enabling OpenFeint to become one of 2010 success stories, with its support for Android boosting its user base to a total of 55 million registered users.

BlackBerry manufacturer RIM found itself in a odd position in 2010. It kept posting record quarterly financials but failed to gain strong support from the stock market or market analysts who reckoned it would continue to be squeezed by Apple and Android.

However the purchase of the much admired TaT for an undisclosed fee to work on future BlackBerry products, including the PlayBook tablet, demonstrates that RIM is determined to drag its mobile OS from its enterprise legacy to the vanguard of consumer electronics in 2011.

6. Apple buys Quattro for around $275 million

After Google stunned the market, and US business regulators, in late 2009, with its proposed $750 million purchase of leading mobile advertising outfit AdMob, Apple decided it would have to match its rival.

The result was its estimated $275 million purchase of Quattro Wireless, which was assimilated into Apple Corporate and offered back into the mobile ecosystem in the form of iAd; Apple's high end iOS advertising network. It remains something of a work in progress with clients complaining about the time required to launch campaigns, as well as the slow roll out of the platform globally.

5. Disney buys Playdom and Tapulous for over $800 million

It was a busy, and expensive year for Disney, which as well as buying social gaming company Playdom in a deal worth up to $763.2 million, also splashed out for Tap Tap Revenge developer Tapulous. The terms of that deal weren't disclosed but it was reckoned to be worth around $22 million plus a future performance bonus of at least $7 million.

Of course, in both cases, Disney was buying expertise and brands in fast moving markets; hoping to combine such activity with its massive licences and sales and marketing channels. However, to-date, there haven't been many tangible signs of how this synergy will work. Certainly it's a situation to watch in 2011.

One of the key deals that demonstrated how 2010 would play out, ngmoco's surprise purchase of US iOS publisher Freeverse for an undisclosed sum posted notice that the freemium focused company was looking to get big fast. Ngmoco followed up the Freeverse deal later in the year also acquiring Touch Pets developer Stumptown Game Machine.

Surprisingly though, the Freeverse deal didn't add many pure freemium games to ngmoco's pipeline in 2010 with only Coin Push Frenzy and We Bowl released.

3. EA buys Chillingo in a deal worth up to $29 million

While other publishers saw 2010 sales booming, EA Mobile seemed to struggle to expand outside of its core high quality, premium priced licensed catalog, making its purchase of UK budget publisher Chillingo a sensible decision for all concerned.

One surprise was the relative low value of the deal, which was split with $17 million upfront, with a further $12 million contingent on future performance. It will be interesting to see how Chillingo, which is exploring Android and freemium gaming, will look to make the most of its parent's marketing and sales muscle in 2011.

While it was clear Palm required either a new line of substantial funding or a new owner, the mobile OS and handset manufacturer remained in limbo for months while various companies kicked the tyres.

HP eventually bought it, but there was confusion about how the two would integrate, especially concerning future smartphone strategy. Eventually Palm did launch the Pre 2, but HP's longterm focus seems to concern employing Palm's highly regarded webOS in devices ranging from tablets to printers.

Still, while some commentators suggest HP overpaid for a company it doesn't know what to do with, there's plenty of opportunity for one of the world's biggest OEMs to pull something innovative out of its hat.

One of those deals that in retrospect makes complete sense, the largest Japanese mobile social company DeNA bought one of the largest US mobile social game publishers ngmoco in a deal worth $303 million, and a further $100 million depending on future performance.

Indeed, it was perhaps the headline cost that remains the most surprising part of the deal, though DeNA used a mixture of cash, stock and warrants to limit its immediate exposure.

Nevertheless, even with DeNA expecting to clear $1.2 billion in 2010 revenues and $500 million in profits, there will be extreme pressure to ensure the deal gets up to speed as quickly as possible in 2011. To this end, the companies have unveiled their ngCore Game Technology that will enable web-style development of social games that can be deployed on the Western-focused Plus+ or Japanese Mobage platforms.

And, in case we forget, prior to the ngmoco deal DeNA also invested in US start up Astro Ape Studios, and purchased Gameview.