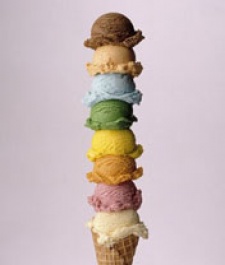 May 7th, 2011 - 10:01am
By Tracy Erickson
The games industry has a fascinating relationship with hype.

On the one hand, it fuels passion for the future and helps us wrap our minds around what comes next in our constantly changing world. Yet it can lead us to speculative conclusions that are often more outlandish than plausible.

For me, the notion that freemium games are at the heart of an inevitable portable gaming future is such a conclusion.

While this point can be argued with some persuasion, it's far too easy to down the freemium Kool-Aid without recognition of several other factors that point to its designation as an important trend, but not a keystone for the future of the portable gaming.

I scream, you scream, we all scream

The role culture plays in the consumer marketplace, the shaky financial success enjoyed by freemium game companies, and acknowledgement of past trends of a similar nature lead us to the more reasonable conclusion that freemium games will play a role in shaping games moving forward, but won't be the foundation from which the industry builds a future.

Consider an ice cream parlour that just can't seem to compete in a city crowded with frozen treat shops. Whatever the reason - low quality ice cream, poor marketing, bad location - the business just isn't doing well. In an effort to compete with its rivals, the parlour decides to give away the ice cream, but charge for cups and cones.

Business picks up, though the competition isn't wiped out. Instead, the shift to free only entrenches competitors that can deliver something the free ice cream shop can't.

Games are exactly the same. The reason the premium games persist has to do with quality; consumers enjoy the value of paying for quality games despite free titles being a click away. Remember, the free ice cream shop was forced to try the freemium model because its product wasn't cutting it against the competition.

Think of it this way: take any freemium game - We Rule, Li'l Pirates, Toy Shop Adventures - and restructure it as a premium game. Would you pay $9.99 for it?

Ngmoco was forced to switch to the freemium model, for instance, because it was unsuccessful in selling its premium content in a competitive environment. The move had nothing to do with a shift in the dynamics of the iOS market, which happily supports a range of premium game developers.

Nevertheless, influential business leaders have embraced this argument and tout the inevitability of freemium games. Glu CEO Niccolo de Masi asserts the rise of freemium as a certainty, citing its prevalence in China. Not only does this ignore the cost-versus-quality issue, but it also sweeps major cultural differences under the rug.

Not only does culture yield unique consumer tastes and expectations, but the economy of games is fundamentally different in China.

Freemium games work well in China because gamers don't value software in the same way as Americans or Europeans. To predict the future of the US portable games industry based on the structure of the Chinese marketplace seems a stretch.

Realistically, freemium games will play a role, yet they won't take over the industry. The relationship between cost and quality and how they interact in the freemium model reinforces the premium strategy, rather than displaces it.
In Freemium isn't the future, Part 2: Why the financial standing of the freemium model's proselytisers contradicts assertions of an industry takeover.