Freemium will play a role in gaming's future, not the role 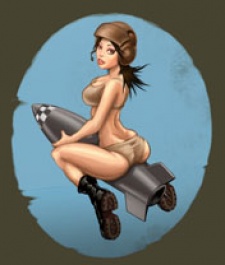 May 7th, 2011 - 10:03am
By Tracy Erickson
Freemium games have seemingly come out of nowhere to dominate the discussion around mobile games.

Yet, we've been through similar fits of excited prospecting before. Many said massively multiplayer online role-playing games were the way of the future, but they ended up becoming a genre rather than the whole of gaming itself. Recently it was first-person shooters predicted to dominate gaming, though it's still just one extremely popular type of game among many.

What the past tells us about exciting new ventures like freemium gaming is that they rarely - if ever - take over the industry. Instead, they shape the future in a limited way, becoming a part of the much larger whole of gaming.

In the year 2000, it seemed like massively multiplayer games were about to swallow gaming whole. EverQuest was a hit, World of Warcraft was on the horizon, and dozens upon dozens of competing titles were getting ready to hit shelves.
World of Warcraft hit it big in 2001, but the rest of the lot suffered. Rather than taking over the gaming industry, massively multiplayer online games were relegated to a status as a niche genre with the mainstream success of World of Warcraft being the exception, rather than the rule.

Just as the success of World of Warcraft could hardly be used to argue the impending annexation of the game industry by MMOs, the rise of a few noteworthy freemium games on iOS don't support in a compelling way an argument for the entire game industry switching to the freemium model.

It's about gameplay, not setting

Part of the problem with freemium games is saturation. The App Store is chock-full of social freemium games and there's simply a limit to how many of these games can succeed.

TeamLava, for example, has launched a staggering number of freemium games under its Story brand - Restaurant Story, Zoo Story, Fashion Story, Treasure Story, the list goes on. These games are identical in terms of gameplay, simply swapping settings in hopes of attracting different gamers.

The problem with this approach is that it isn't always the setting that appeals to the gamer - it's the gameplay. If you like military shooters, would a freemium time management game set in the Pentagon appeal to you? Probably not if you have to wait 12 hours to tap the screen a couple of times to harvest TPS reports from a row of carefully arranged cubicles.

When MMOs started to branch out into different styles of gameplay in an effort to attract new gamers, the results were disastrous. NCsoft's Auto Assault, for instance, blended role-playing, car racing, and social features for a unique experience meant for fans of action-packed racing games. It was an unmitigated failure.

NCsoft wanted to court new gamers, but instead it alienated MMO gamers who didn't like the concept and it never appealed to non-MMO gamers because, you know, they don't like MMOs.

The same is occurring in the freemium gaming space. Publishers like Glu are bringing out new freemium games with a hardcore edge to appeal to gamers not attracted to its cutesy competitors. This is sure to bring the company some success, though branching out to include more action elements or fancier graphics doesn't alter the freemium formula at its core.
Gun Bros., for instance, is a neat concept. The twin-stick action is lively, yet at the end of the day it's still a pay-as-you-go freemium game. The hardcore audience Glu is courting would rather spend 59p/99c on Guerrilla Bob and not have to fuss with server issues and in-app purchases.

One size doesn't fit all

What results is the codification of freemium games as a type of game rather than inclusive of all gaming. In other words, it's just a genre and won't take over gaming as a whole.

You wouldn't say that first-person shooters are overtaking the game industry and squeezing out casual games because Twilight: Dead Aim (a totally made-up game, in case you try looking it up) uses a mainstream franchise for its setting.

It's still just a shooter and one that probably won't appeal to Twilight fans who aren't into shooters. Similarly, making a freemium shooter doesn't mean that you automatically appeal to hardcore gamers or that freemium has subsumed hardcore gaming genres.

It's still just a freemium game and that's fine. The freemium formula works for some game developers and it fits nicely with particular styles of play and settings.

That success, however, doesn't mean it's the way of the future or that one company's success is a strategy for the entire industry to follow. Gaming thankfully isn't one-size-fits-all.