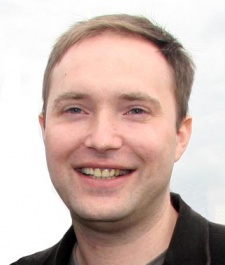 May 16th, 2011 - 08:31am
By Guest Author
Tracy Erickson's recent opinion articles about freemium games - Freemium is more hype than hope - misunderstands the mechanisms and techniques underlying this business model, and as a result incorrectly writes it off as a mere 'also ran' in the future of mobile games.

It's true that there is a lot of hype around freemium games, and it's fair to assume there will be some recalibration of expectations in the next few months.

However, there is abundant evidence that freemium games are better at generating large, scalable and risk-managed revenues than pretty much any other current games business model.

The most obvious indicator that freemium games work is the performance of Zynga on Facebook. Rumoured to generate $1.8 billion revenues in 2011, Zynga is one of the fastest-growing companies ever. It is also one of the most profitable, with $630 million forecast for 2011.

And there are plenty of other companies who have successfully deployed the freemium system on iOS, including PocketGems, Storm8/TeamLava, TinyCo, Capcom and Glu Mobile.

As Tracy points out, many of their games now occupy the top grossing charts. In fact, at the time of writing, six out of the top 10 grossing games are free to play.

So how does freemium work, and why is it so effective at generating revenues?

Contrary to Tracy's assertion, it is not about luring consumers into playing a bad game whereas premium games can afford to charge outright.

Instead, it is first and foremost about exploiting specific opportunities arising from access to very large user numbers: the ability to


Naturally, all of this only works if users play often, and if they recommend the game to their friends. There is therefore no room for low-quality games; players would simply go elsewhere.

Hence, if executed well, a freemium game has significantly more revenue potential than a traditional premium game on mobile. This is true both for peak revenues, as well as for the long tail. This in turn makes a freemium games company more scalable: instead of requiring 100+ titles on the App Store to create $200 million annual revenues, a well-performing freemium company may need 20 or fewer.

So if freemium is so great, where's the catch?

I think Tracy is right to warn of saturation and player fatigue. However, this is nothing to do with the freemium model per se - it's because most freemium titles are of a very specific kind: 2D isometric resource management games.

The reason for this is their web legacy: Flash on Facebook can't do 3D, and 2D games are quicker and cheaper to iterate than 3D games, and resource management themes (such as farming) lend themselves to encouraging players to return the next day, thereby maximising daily active users.

Whatever the reasons, I suspect this similarity of games may become a problem on Facebook (which is stuck with 2D Flash until the launch of Adobe's Molehill, and whose developers are steeped in a 2D background).

However, I expect that mobile freemium games will start to differentiate into different genres, thanks to powerful hardware and access to 3D development talent. We are already seeing this in recent titles from Glu Mobile, and we'll see more through 2011.

For what it's worth, my own company NaturalMotion is heavily investing in free-to-play titles, despite having considerable success with the premium model (with over 6.5 million downloads).

So, freemium games are here to stay and will likely become as dominant on mobile as they already are on Facebook. Like it or not, free is hard to beat.


Torsten Reil is the CEO and co-founder of NaturalMotion, a UK-based middleware provider and games publisher, including mobile titles such as the Backbreaker Football series and Jenga.