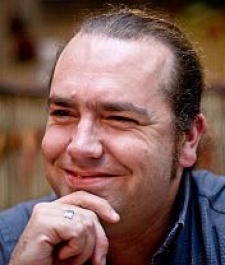 May 31st, 2011 - 02:51pm
By Guest Author
Jon Hare is one of Europe's best known game designers with more than ten international number one games to his name and over 25 years experience in the games industry.

Today I took part in my first ever speed dating with investors sessions at NESTA's excellent introduction between developers and investors in London.

I am a veteran of the 30 minute Game Connection speed dating between publishers and developers from both sides, but these 15 minute sessions with apparently big money sitting over the table were at a different level.

It was great to see that Ed Vaizey is obviously keen to make his mark and try to make something work in the game sector. This is the first time I can ever remember any politician actually looking comfortable and like he was enjoying the the company of the UK games industry, so here's hoping this is a good sign.

Getting into the swing of things

As is usual in these situations, after stumbling my pitch a little during the first meeting, I eventually got into my stride and enjoyed spending time with these obviously astute guys.

It left me feeling satisfied that, whatever the outcome of these talks, I was relatively happy with being able to offer these investors a very realistic outlook in terms of what my company has to offer.

I have never been someone to value overstatement of aims and then let people down on delivery and (a couple of 3D versions of Sensible Soccer aside) I believe I have been able to maintain this throughout most of my career.

Of course it would be tempting to promise the unachievable and try to pander directly to what you believe they want, but experience has taught me that in the long term most good business is based on alignment of purpose with personal and corporate synergy.

Having had success since I was young, is (mostly) a blessing and (very occasionally) a curse, however one of the major benefits of success (provided you have not blown all of the money) is it stops you acting out of desperation; you can take a much more calm and measured approach to the whole situation.

My general take away feeling from these meetings is that the goalposts have moved a bit in terms of what makes a good investment in the games sector.

Not so long ago, potential investors were saying that an unclear roadmap, without a lot of specific details, was too woolly.

However, the vibe I got from these investors today was that they understand that the current market is changeable and that allowing for some movement within your strategy is actually essential for survival.

In many ways, as someone who has never seriously considered raising any investment before, I may not be the best person to advise on this.

However, I believe that it is important for any developers or small publishers looking for money now to enter the fray armed with, at the very least: some working products; a list of achievable targets; a realistic perspective; and quiet confidence.

Then if any of these investors like you it is a compliment. If they invest in you, you are very lucky.

If they do not invest in you then do not take it personally; in all probability your business is either not aligned with their strategy, too big, too small or not ready to invest in yet.

One thing is for certain, going through the exercise of discussing just why someone should put money into your business, rather than into someone else's business, is a first class way of forcing you to analyze many medium to long term issues in regard to your business and how you plan to sustain and grow it over the next few years.


Jon designed Sensible World of Soccer, the most influential European developed game of all time according to Stanford University. He currently is CEO of Tower Studios, publishers of Speedball Evolution on iOS. You can find out more about them at Tower-Studios.co.uk.