Opinion: Apple's stance against Lodsys was heroic, but developers calling out for consistency 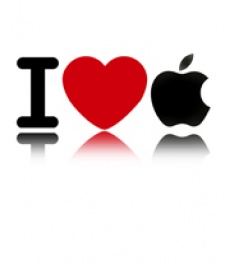 June 1st, 2011 - 12:47pm
By Keith Andrew
It was the kind of entrance that had all the drama of a perfectly timed plot twist at the end of a soap opera.

Facing the threat of being dragged through the courts by a previously unseen enemy, Apple rode to the rescue of its developers almost at the last minute, gracefully  but not without considerable force  telling Lodsys where it could stick its in-app purchase patent fee.

Ultimately, it's a response that hasn't actually altered Lodsys' course of action  the firm today suing seven developers across iOS, Android and Mac  but it was hard not to feel a little warm and fuzzy about it, nonetheless.

Of course, Apple had its own reasons for standing up for the iOS community. In-app purchases (IAPs) are a welcome money spinner for the giant, and there would be little to be gained from standing back and watching developers pay Lodsys a license fee.

Any such outgoing would naturally lessen the money studios could make from IAPs and, in turn, make them less likely to employ them in the first place.

Leaving its response so late was also something of a PR win for Apple at the time, pitching the company as a knight in shining armour, taking Lodsys to task when developers needed it most.

However, despite the obvious pluses for Apple's strong stance (and the relative ease at which it could mobilise its substantial legal clout), the company's letter to Lodsys still surprised me. I can't deny, there was a part of me that wondered whether Apple would stand still as its developers were hung out to dry.

That's because, if I had to sum up the experience of working on iOS in one word (garnered from the impression I get from many developers), I'd plump for 'unpredictable'.

It's been well established on these pages just what I think about Apple's decision to clamp down on certain business practices on iOS  or, more specifically, the way it has gone about doing it. The most recent example is Apple's move against app incentivisation schemes.

Though it's still not exactly clear what the policy is, the belief that Apple banned app incentivisation came overnight, and with it, the very existence of several businesses of iOS  both developers, and outfits such as Tapjoy  was put under threat without warning.

Springing such surprises has been Apple tradition ever since the App Store took off, and while it would be an exaggeration to suggest iOS developers live in abject fear of breaking rules they're not even aware of, it would also be dishonest to say that building your business iOS is plain sailing.

It's moments such as Apple's attack on Lodsys that goes to show just what a force for good the giant can be, however.

Android is undoubtedly a valid alternative for developers looking to cash in on their apps, but Apple remains king.

Indeed, if Distimo's assessment is anything to go by, any studio looking to make money would be foolish to avoid iOS: as competitive as it is, there's simply more chance your title will pull in the downloads on the App Store than on rival marketplaces.

As such, Apple steers a ship that the majority of smartphone developers have been aboard at one time or other. The influence it has over the industry is incomparable.

Yet, all too often it feels as if Apple uses its power to stamp on certain parts of its community, rather than encouraging them to flourish. The company has every right to protect its own interests, of course, and as the App Store gets bigger, it naturally requires more management, but moments such as its defence against Lodsys seem especially rare.

It all leads to a fundamental disconnect between platform and platform holder: developers love working on iPhone and iPad, but those that genuinely love working with Apple seem far fewer in number.

No-one wants it to be like this. While some developers prefer the open approach of Android, the majority seem happy to work with the security that a closed system such as the App Store provides. I also think most developers and iOS based businesses want nothing more than to abide by Apple's rules and cause the company no trouble  they just need to be kept informed as to what they are.

So, instead of pulling one surprise after another, I call on Apple to involve its community.

Tell them what's happening and why, well in advance of any rule change coming into force. Inform them as to the reasons behind any steps being taken, and don't be afraid to talk tough with those looking to disrupt the ecosystem if it's in the interest of the community at large.

In short, look beyond Apple's own borders and make iOS a place developers want to be, rather than just somewhere they need to be.