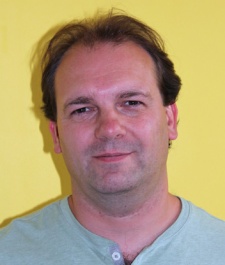 The rise of the freemium business model in mobile games over the last 18 months has been extraordinary.

Looking at our own experience of freemium with Football Kicks, the number of freemium games in the App Store top grossing charts or Zynga's IPO filing, there can be no doubt this business model works. Anyone arguing against it is, frankly, wasting their breath.

That said, I can't help but feel freemium is also the latest bandwagon and developers who haven't done their homework are going to be crushed under its wheels.

Ways to skin that cat

There is a lot of subtlety in the freemium business model; it's certainly not the same as making a paid game and trying to sell as many as possible. With freemium there are many choices to be made, some of which lead to highly profitable games while others can lead to dismal failure.

To dig slightly deeper into the business, we'll look at the two most commonly used metrics and how they impact revenue, game design and user experience.

DAU: Daily Active Users. This is a measure of the unique daily active users of a game. Typical numbers for popular games are between 100,000 to 400,000 daily active users, but some games will produce higher numbers.

ARPDAU: Average Revenue Per Daily Active User. This is a measure of how well you are monetising each active user. Typical numbers for iOS games is somewhere between $0.01 and $0.20 per day.

As you can see, by optimising DAUs and ARPDAUs, popular freemium games can generate gross revenues upwards of $50,000 per day.

So to make huge piles of cash all you have to do is to pull in a couple of million downloads, convert 10 percent into active users and extract $0.10 daily. How hard can that be?

Hard, and getting harder is the answer.

Not only do you have to convince players to download your game, you need to keep them engaged over long periods of time and also convince them your virtual goods have real value.

OK, you have the advantage over paid games in that your game is free but, given the increasing number of freemium games, this in itself is not a large enough competitive advantage.

Additionally, industry rumours suggest some of the big freemium game publishers are spending over $10,000 daily advertising their games in order to maintain or increase their DAUs. Independent developers certainly don't have that sort of cash.

This is why you have to get subtle. One example of this is that around 60 percent of ARPDAU on iOS is delivered in the form of in-app purchases, with the other 40 percent generated by advertising. This means that to increase ARPDAU, you really need to increase the number of users buying things with real money.

There are two ways of doing this.

The first and ideal way is providing compelling and constantly refreshed virtual goods that double digit percentage points of users want to buy. The downside is you need a strong content production pipeline and game design that allows for lots of virtual goods to be created, delivered and desired by users.

The second way is to put 'payment gates' in the game so people are required to pay real money to continue playing for longer than a preset amount of time per day/week.

This is simpler and cheaper than the first option but the downside is it's likely to drive down DAUs since you're actively discouraging players from remaining engaged with your game. This results in you having to spend thousands of marketing dollars per day just to maintain your DAUs.

As you can see, the act of trying to increase one key metric can actually reduce the other.

Hence, to be successful with the freemium business , you need to be able to design your games from the ground-up to be very engaging for long periods of time, as well as creating a game world that can support a large-scale virtual goods economy.

Our goal at Distinctive is to prove this can be done in new and interesting ways - without resorting to building FarmVille clones.

For more information about Distinctive, check out its website.