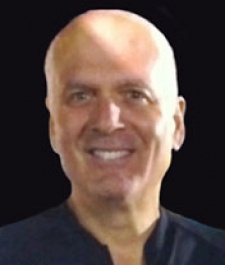 If you want a good take on what went wrong, you could do worse than to listen to Napster co-founder and former Facebook president Sean Parker's explanation - MySpace didn't improve its system in response to the challenge of Facebook.

So is it fair to compare Nokia's situation to MySpace?

Yes and no. Nokia is still the number one phone manufacturer in the world, Symbian the number one operating system (in terms of installed devices) for smartphones, and the Nokia app store (formerly Ovi) generating over 5 million downloads a day. On the surface, things seem okay.

However, in some ways the situation for Nokia is far grimmer than it was for MySpace when Facebook started to take market share. In western Europe - a Nokia stronghold - the company's smartphone sales have dropped by 15 percent to 4.2 million devices, despite Nokia having led its home market for sixteen years.

To understand the first part of why things have gone bad, we can look all the way back to 1983 and something called the Osborne Effect.

In 1983, so the story goes, Adam Osborne, founder of the Osborne Computer Corporation, prematurely revealed a new model of his highly-successful Osborne 1 system.

In anticipation of this new version, dealers immediately cancelled their orders for the existing model and sales declined rapidly. But the new model was far from ready for release, meaning the company went quickly bust. (Yes, there were other issues, but for arguments sake we'll stay with the conventional story).

So what happened to Nokia?

Investors, unhappy with the low valuation of Nokia shares (compared to Apple, as the most telling example), bought in new management (Stephen Elop from Microsoft) to change the company's direction. At the time Nokia had two smartphone systems; Symbian and a UNIX derivative called MeeGo. Symbian had over a decade of development, but was 'clunky' in terms of user experience, specifically compared to Apple's iOS and Google's Android. MeeGo had yet to be shipped on a handset.

Elop decided to abandon Symbian and MeeGo, looked at Android and passed (it's rumoured that Google wouldn't give them special status), and choose Microsoft Phone 7 for Nokia's future direction. No doubt Microsoft gave Nokia a billion incentives to do so, given the lukewarm reception to Windows Phone 7 at that point.

That may have been a brilliant or bad decision for Nokia, but announcing it well before any handsets were running the OS was a classic Osborne moment, as sales of Nokia's current devices indicate.

In addition to the resulting decline in sales, many publishers launching titles for the Nokia app store rationally cancelled those plans. Why release titles for, and develop expertise in, a platform that was in the process of being abandoned?

It was at this point Nokia's product development team released the N9, a new handset based on the MeeGo operating system, to critical acclaim.

Website Engadget, which had increasingly been critical of Nokia's Symbian handsets, went positively gaga over the N9 in a podcast with a quote that went viral: "This is the MOTHER of all phones. This is the design of the gods. This is IT, like NOTHING comes close to this. This blows everybody's minds out of the universe."

I've lived through this with game releases: a product that has low expectations achieves wild success. Peter Drucker, the doyen of modern management, has this to say on the subject: "No other area offers richer opportunities for successful innovation than the unexpected success."

Head in the ice

So, how has Nokia reacted to this slice of good news?

A day following its launch, Elop told a Finnish newspaper that even if the N9 succeeded, it will be Nokia's first and only device on MeeGo. "In Elop's words, there is no returning to MeeGo, even if the N9 turns out to be a hit," wrote the Finnish daily, Helsingin Sanomat.

I know what the MeeGo team must feel like. The expression that springs to mind is "He would rather be right than rich."

Now, I would be a fool to count Nokia (and Microsoft) out, but clearly Mr Elop has to make some difficult decisions if he wants to save Nokia: the company could collapse fast if more wrong decisions are made. I think it needs to look hard at the success of the N9 and make the hard decision to listen to the consumer. I fear if it doesn't, its collapse could be more dramatic than MySpace's.

For more information about PlayScreen, check out its website. Reply
William Volk
The once-great Finnish cell-phone giant Nokia (NOK) is now undergoing one of the most spectacular implosions in the history of business.
Several years ago, Nokia was the undisputed heavyweight champion of the world when it came to making phones.
Now, the company is frantically cutting costs and downsizing in a desperate bid to survive.