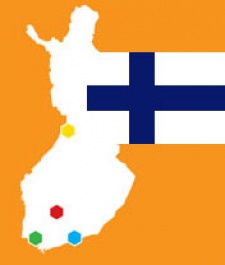 July 18th, 2011 - 08:59am
By Jon Jordan, Contributing Editor
Angry Birds has changed many aspects of the mobile games industry, but nowhere has its impact been felt more strongly than Finland and its capital, Helsinki; Angry Birds' very own nest.

Thanks to support from Nokia, it's been a leading location in mobile games for a decade or so, spawning companies such as Sumea, Mr Goodliving and RedLynx, as well as Rovio itself.

Now, it's witnessing a resurgence on the back of trends such as the growth of smartphone ecosystems combined with social gaming, the investment funding bubble, strong government support, and a new cultural confidence.

"The Finnish mobile industry used to be happy with work for hire," says Illka Paananen, who co-founded mobile developer Sumea, bought by Digital Chocolate in 2004, and which remains one of Helsinki's largest studios, now mainly Facebook-focused.

"Remedy has made some great games over the years like Max Payne, but Angry Birds is definitely the greatest thing that has happened to the Finnish games industry. It's provided a role model for new companies."

And there's certainly plenty of activity at present.

Paananen himself has a new outfit, Supercell, which is close to releasing its first product, a Facebook and (eventually) mobile core-casual game called Gunshine. In addition, through his work with angel funder Lifeline Ventures, Paananen is involved with several other teams.

These include Grey Area, the creator of the location-based mobile online game Shadow Cities, and Grand Cru, a start up consisting of development leads from RealNetworks' shuttered Mr Goodliving studio.

According to the latest report (The Finnish Games Industry 2010-2011) from Neogames, the country's Centre of Games Business, Research and Development, there are 65 games companies in Finland, with over a third of them being established since 2009; 10 in 2009 and 14 in 2010. 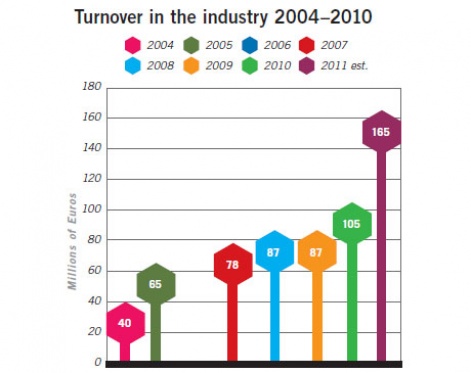 It's also significant in this context that many of the large multi-nationals who had operations in Finland have been scaling back. Real's corporate woes resulted in the surprise closure of the 50-strong Mr Goodliving earlier in 2011, while THQ shut down its 50-strong Universomo studio (based in Finland's third city Tampere) in 2010. Obviously, Nokia has its own problems, while Sulake, the Finnish company behind online service Habbo Hotel, trimmed its headcount recently too.

Combined with this is the sector's historic swingdoor attitude to employment.

A relatively small industry - with a headcount of around 1,0000 until 2011 - and one driven by temporary expansions and contractions, over the years many Finnish developers have worked for multiple studios. In particular, PC/console outfit Remedy has played a central role, staffing up and down as it's worked on titles such as the Max Payne series and Alan Wake. 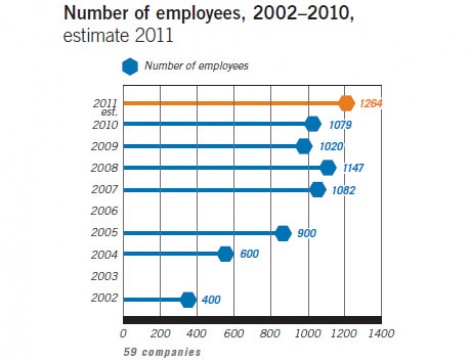 RedLynx and Rovio have also suffered from similar, if less violent, elasticity. Both expanded to over 40 staff on the back of work for hire, before scaling back to barebone operations in 2009, then successfully refocusing on self owned, digitally distributed titles. Now, both are expanding again.

The result is everyone in Helsinki seems to knows everyone else - has an opinion about Rovio, of course - and knows who they would like to work with, so many of the new wave of start ups boast highly experienced teams. For example, Supercell consists of senior ex-Sumea, Remedy and Sulake staff, while Grand Cru is mainly Mr Goodliving plus a Sulake technical lead.

Grey Area is an exception in this regard being formed by ex-Ericsson staff, but has since been boosted with refugees from Mr Goodliving (again), amongst others.

And more generally, every company in Helsinki seems to be expanding.

Meanwhile, Remedy has had been successful with the iOS release of its classic game Death Rally (co-produced by Mountain Sheep), PC benchmark company Futuremark has announced its first mobile game Hungribles, and PSN expert Housemarque (Super Stardust) is also rumoured to be working on its first mobile title.

Indeed, because everyone is expanding - Rovio's around 100-strong, for example - competition for staff is starting to kick in.

"Yes, it's getting a little tougher to hire people," Paananen agrees. On the back of its first round funding of $12 million, Supercell's headcount is already up to 35.

However, he says it's the sort of positive problem the industry should be happy with. Anyhow, the Finnish games industry has always been international. At one stage, Digital Chocolate had 32 different nationalities on staff.

"A lot of those people have stayed in Finland, and we're getting a lot of resumes from aboard," Paananen argues.

"Helsinki is the hot place to start a game company. People want to come and check out what's going on."