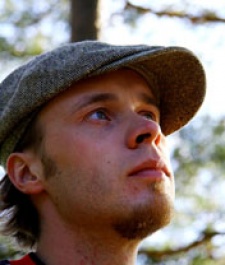 More significant however was the fact Shadow Cities was a freemium, location-based social game that splits players into two teams, fighting out for the possession of realworld locations on a weekly basis.

Since that initial launch - effectively a long beta test - Shadow Cities is now live in the US and most of western Europe.

We caught up with co-founder Andreas Karlsson to find out more about the team and its game.

PocketGamer: Can you provide some information about how Grey Area formed?

Andreas Karlsson: Mikko, Teemu and me had been working at Ericsson. We worked in the same teams and knew each other well. We would always have these wild coffee table discussions that usually ended up in the certainty that mankind currently lived in a computer simulation.

We always returned to our desks with our heads slightly spinning and resumed our work, however with an ever growing the-truth-is-out-there feeling and that we could build the coolest stuff if we only wanted.

This feeling grew stronger and it came clear we needed to do something about it. The answer came to us in the form of an iPhone 2G that Mikko had brought to work and were showing off in his slightly trembling hand.

For three years we had talked about location-based games. We were certain this was the device that would make it possible. That's where it started. Mikko sold his car and we left Ericsson to form Grey Area.

Why did you want to get involved in location-based gaming?

We believed mobile gaming could be so much more than it was at the time. We wanted to build a new genre of gaming and as we have always have been fascinated by alternate realities wanted to create one.

How did Shadow Cities emerge?

We saw great potential in the iPhone as a gaming platform: it had the perfect set of capabilities for a high-end location-based game. We weren't scared of bringing in real time multiplayer interaction as core gameplay because of our experience with server and network technology.

Further, the distribution channels and the payment methods were already there and a small startup like Grey Area didn't need to worry about publishers. We wanted to create a game with a long lifespan that would create a deep and lasting relationship with the players. We wanted players to come back to the game time and time again. It was obvious to make the game free to play and monetise by selling virtual goods.

After some bootstrapping, we soon had a functioning version of a game called Duality at the time (this later become Shadow Cities) and were playing alpha rounds in Helsinki.

Around this time we got together with a long time friend Ville Vesterinen who had been especially excited about the possibilities of the game and shared the vision of what we wanted the build. Ville was the perfect fit for us and became a co-owner and the CEO of Grey Area.

With Ville in the band and our unique concept in hand we were able to get our seed round from Lifeline Ventures. It was not long before we closed an A round from Index Ventures, London Venture Partners and Initial Capital to start building the vision.

What was the inspiration behind Shadow Cities' team-based approach?

Books, board games and a wicked imagination produced the core for Shadow Cities. We wanted to give people a strong feeling of belonging and intensify that feeling by creating two opposing groups, thus polarising people and bringing emotion to the surface.

How difficult was it building up the location-based side of the gameplay in terms of it working well for individuals as well as large groups?

It is one of our biggest challenges. We are not in full control of the game layer. We do not have specific areas for newbies and veterans, as our game world is a mirror image of our real world. Therefore, we have gone through a lot of testing to learn what works and what doesn't. And we are still learning every day.

We know that the game is at its best when a lot of players come together in the same place to co-operate or battle. The social is really where the magic is. That said we also want to have a solid single player experience to support that.

How long did you test the game?

We ran numerous alpha rounds before the game went live in Finland. We ran the alpha rounds in periods of one week per round. There was about 30 players participating per round.

Initially, we released the game in Finland only and ran it here for five months before we released in the US and Europe, all the time tuning the game mechanics.

Can you give a rough breakdown of the development time and any significant tools you've used?

Due to the fact that we are creating something the world has never seen before we have had to learn by trial and error. We have run a lot of alpha rounds and adjusted the direction of the game according to results from those.

We have actively been iterating the idea from late 2009. The game went in beta in November 2010 and was released in the spring of 2011.

Tools include: Xcode and Objective-C/C++ in terms of client coding, Erlang and Python for the server coding environment, Blender for modeling, Photoshop and Illustrator for graphics.

What was the biggest surprise when you first launched?

It was how much players like to play the game. Initially, we thought that the game would be played in short sessions lasting only for a few minutes while on the move. We were dead wrong. People play really long sessions, which we did not anticipate.

You've since launched in the US and Western Europe, so how much work was that?

When we open new territories, we only have to do some rather small technical preparations as we already have much of the required game content.

How has the game changed as the number of people playing expanded?

Players have been very passionate about the game and communities are forming all over the world. People also started co-operating across borders to help team members in other countries battle groups from the get go, which is super cool.

What were the biggest obstacles you've had to overcome?

Time is always against us as we would love to do so much more and are constantly improving the game according to the feedback we get from our community. We have a big vision where we want to take the game genre and have only barely started.

What part of Shadow Cities are you most happy with?

That a very wide audience passionately shares our vision and loves to come back to the game day after day.

We want to continue pushing this new category of games further where we have an immersive game layer that ties the world around us into the game world. This was what we set out to do and we couldn't be more excited about where we are and opportunity ahead.

Thanks to Andreas for his time.

You can check out Shadow Cities here [iTunes link]. It's free.