Capcom is the fastest growing mobile company, but DeNA remains the most impressive

Good news too for EA, Gameloft, Gamevil and Glu

August 9th, 2011 - 05:10pm
By Jon Jordan, Contributing Editor
We've just finished the current round of quarterly financials, for the three months ending June 30, so now is a good time to see which of the publicly owned mobile games companies is doing the best.

Of course, considering the ever growing audience for mobile content as the previously dominant feature phone market switches to smartphones - 550,000 Android devices activated daily etc - all companies, even long time transitionary Glu Mobile, are on the up.

One simple and relative way of checking out who's performing best is to consider each company's percent increase in sales compared to the same three month period back in 2010.

The clear winner is Capcom Mobile (TYO:9697), which saw sales up 80 percent year-on-year, thanks mainly to the performance of freemium iOS game Smurfs' Village. 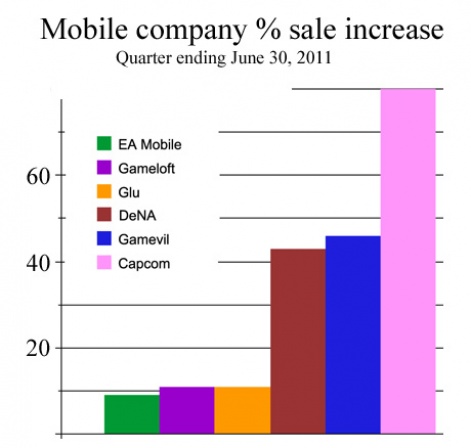 Korean outfit Gamevil (KDQ:063080) and Japanese platform DeNA (TYO:2432) - very different companies for sure - performed well too, with sales up over 40 percent.

What used to be referred to as the three big traditional mobile publishers back in feature phone days - EA Mobile (NASDAQ: ERTS), Gameloft (GFT.PA) and Glu Mobile (NASDAQ:GLUU) - saw sales up around 10 percent.

A more radical take would be to consider the year-on-year increase in profits; the thing that businesses and shareholders really care about.

Unfortunately though, EA doesn't break out EA Mobile's profits, while Gameloft doesn't release its figures until later in August, and Glu made a loss (again).

Still, it's obvious to see that Capcom Mobile is booming, with profits up 363 percent. 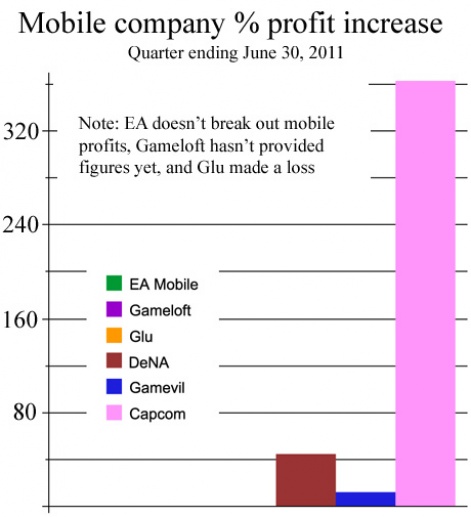 Yeah, before the company gets too excited, let's end with an absolute comparison; quarterly sales.

As a platform provider, DeNA is by far away the largest company, with Q2 sales of $449 million, three times as much as the other companies put together. 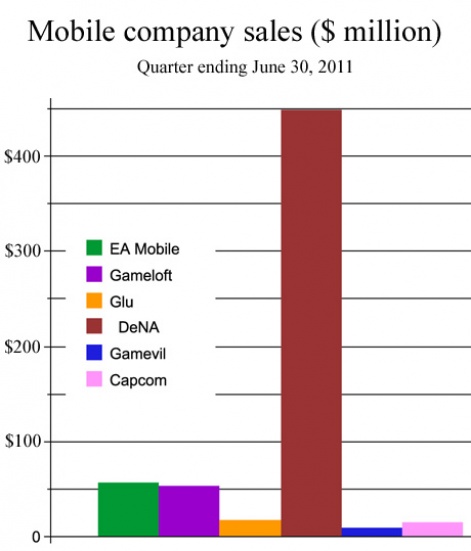