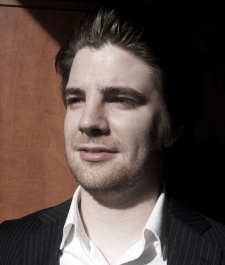 As every software development studio that specialises in mobile phone gaming knows, making an engaging game and packing it full of fun and excitement is only half the battle in creating a successful product.

The other half of that battle lies in the marketing of that game and when we consider that the App Store alone has almost 450,000 apps available to its users  of which, many are games  it becomes straightforward to appreciate the importance of a well-planned marketing campaign for a new mobile video game.

Lessons in the music

However, whilst many developers have bemoaned the saturation of the App Store and the Android Market as an inherent barrier to the marketing of high quality titles, their protests may now be justified given the recent widespread adoption of the freemium model by developers and the lack of quality-policing by promotional service providers.

The music industry has experienced a very similar progression over the past eight years and the mobile games industry should heed the warnings of that experience.

MySpace.com revolutionised the music industry in 2003 by making it possible for unknown artists to obtain the same level of market exposure as established acts whilst simultaneously providing both with the opportunity to distribute some of their music for free via a legitimate platform.

What resulted from the initial popularity of the website then was the elevation of a number of unknown artists - Arctic Monkeys, Lily Allen, etc - to superstardom. The music industry and its fans rejoiced as record labels were able to keep talent scouting costs low by scouring the 'top unsigned acts' leader boards for high quality artists and fans were presented with a host of legally free music.

However, the romance was to quickly sour when artists realised that neither audio quality nor compositional quality were driving success on MySpace; distribution was.

They realised that if enough people came to their MySpace page to listen to their music for free that some of those people would choose to purchase their other songs/come to their gigs/buy their merchandise and so on. Thus, profit could be generated if start-up capital (i.e. audio quality) was kept low.

Spying an easy route to success then, artists of all levels (but predominantly garage bands) began redirecting capital from recording their music to promotional service providers who could generate massive exposure for that artist by spamming friend requests, messages, and comments without regard for the quality of that artist's music.

The net result was that MySpace became heavily saturated by low quality music, 'band-spam' became a signature of the MySpace user experience and apathetic users stopped engaging with artists through the medium. An attempt to rectify the situation was conducted when friend request, message and comment limiters were put in place, but it was too little too late as dispirited MySpace users migrated en masse to Facebook in 2008 and the music industry reverted back to its previous state of major record label dominance and relative obscurity for independent artists.

So, the big question is: is the mobile games industry heading for the same type of bubble-and-burst success as a result of freemium gaming, or will it prove more sustainable?

The similarities are present and warning bells should be ringing. The low barrier-of-entry to mobile game development coupled with the increasing trend towards freemium gaming is certainly a cause for concern.

Additionally, given that marketing campaigns for mobile games generally revolve around securing places on promotional websites and apps that can generate large user bases for promoted titles almost at will - but do not appear to have quality cap on which titles they will promote - the risk is it will become more and more prudent for developers to tip development: promotion cost ratios in favour of promotion.

There is a glimmer of hope however. Apple made it clear earlier in the year that it wants App Store charts to represent apps which have generated organic success on the back of quality, and not to represent those which have merely paid for enough installs. Whilst these actions have not amounted to an absolute fix, they do constitute a step in the right direction.

Certainly, a method of bringing higher quality games to the fore must be devised and the buck stops with the platforms of sale if not the promotional service providers.

What must be said in conclusion is that the low barrier-of-entry to mobile gaming development is a good thing. Small developers can take risks established studios cannot and develop innovative titles which push our industry forward. Additionally, freemium works and appears to be monetising very well.

What needs to be considered then is user apathy, because if users become bored or resistant to mobile gaming we may have an almost irreversible problem on our hands. If we, as an industry, learn from the lessons of the music industry however, and acknowledge market saturation before it leads to the user indifference, we can continue the momentum of our success and prosper into the future.

Tag Games will be launching its new freemium game Funpark Friends soon. You can find out more via its website.