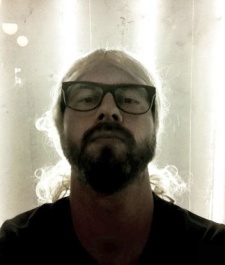 August 23rd, 2011 - 08:29am
By Guest Author
Known as the self proclaimed King of Succailure, mills is also CHIEF WONKA of UK/Swedish studio ustwo.

Before I begin pontificating on this matter, my disclaimer is I'm writing this with 100 percent, no experience whatsoever of creating or releasing a successful game.

Ustwo has, however, over the past two years, developed and launched a number of successful and unique apps, all in different categories, giving me enough experience to put forward an opinion based on some sort of knowledge (or lack of).

Finally, as a consumer of apps, on a quite frankly ridiculous and obsessive level, I want to express an opinion from that perspective too.

My hero Kevin Costner in Field of Dreams once famously said, "Build it and they will come". This is a mindset I always apply to our own app development, but in our case "they" are users who appreciate and demand quality, and "it" is quality in the form of wonderfully honed and playable iOS games.

We know Apple (like no other company) has perfected the art of distribution, leaving developers to focus on what they do best i.e. concentrate on making great games and entertainment. So, in theory, there's no barrier to releasing a game other than willpower and ability to develop and or fund a release.

Cash in, cash out

Access to funds is crucial in achieving quality and that's why at ustwo, we took the decision to invest £600,000 into our own IP releases this year.

So far we've focused on publishing and entertainment, building on our experience over the last two years of adhoc investment. We now have an internal team of ten people who work full time under our CWA (Content with Attitude) area of the company.

They all focus 100 percent on creating products that entertain and show that we give a shit. Money is not and never has been a motivator, but a by-product of creating perfect products. So, with the pressure of moneymaking removed from the equation, creativity becomes the driving force behind creating a lovingly crafted experience for users to enjoy.

After six years of hard work focusing on the user interface/user experience client services side of the company, it made sense for us to use some of the profit to invest back into creating something that helped fuel and continue growth. CWA exists for that very reason, as it's about research, development and experimentation, which allows us to learn and directly improve and promote the services we offer our clients, as well as obviously our own IP.

I'll be honest about our sudden motivation to make a successful game.

We recently launched children's book Nursery Rhymes with Storytime on iOS. It gained huge press attention, the best Apple promotion on both sides of the Atlantic and was recognised by the publishing industry and fans throughout the world.

However, even after scaling its way to the top grossing book chart for two weeks in the US and the UK, all that effort (1,400 hours) culminated in only 25,000 downloads. Lack of money was not the disappointment but lack of audience was. As designers with egos, we want our work to be admired by as many people as possible and gaming gives us that opportunity.

So for our soon-to-be-released iOS casual game Whale Trail, we've chosen to spend upwards of £100,000 creating a premium game  and by premium I mean selling at a mere 69p (99c/0.79). We made sure that for our first release, we remained as far away as possible from the F-word - freemium.

It seems that around the end of 2010, there was an explosion of freemium-based applications hitting the market. At that time they engulfed the App Store and every developer and his dog was preaching about them.

All the noise suggested developers had found the saviour and the simple answer to making dollars from just about any application. It sounded as simple as one, two, three. Make an app, make it freemium and make money. Don't get me wrong, well made freemium, built to last, planned from day one, can and will continue to be profitable for engaging and considered apps.

But call me old fashioned. The last time I looked, gaming was about art, playability, enjoyment and fun, not about complex ways of getting users to spend money on items that don't actually exist in the real world. Besides, we don't have the time or patience to study the mechanics, infrastructure and psychology needed to make a freemium game actually work.

I want to make premium products that offer the complete Disneyworld experience (pay the money and you get free access to Space Mountain, Big Thunder Mountain Railroad etc ... even the toilets); where users know that behind the one closed door, there is no limit to the fun that can be had. It's these types of experiences that get us excited.

The freemium model doesn't lend itself to our approach of making nuggets of quality perfection, with one wrapper between you and the sweet taste of the juice. We don't want to hide the really good elements of what we've created behind a series of gated doors. We want to give the user the complete and best experience from the very first touch.

Call it a private members club if you will, as a user you need to do your research, and pay the money to be part of it. Pay to play.

We are not interested in casting out a net to people who may or may not like our game. We only want people who understand that premium is about studios spending their time crafting the experience and not the psychological touch points that create an addiction where money must be spent to satisfy it.

After all, we created a studio that allows us to concentrate on bringing premium triple-E titles (engagement, excitement and energy) to the users and simply want them to just pay to play!

Whale Trail is due out in the autumn. You can keep up-to-date with ustwo by web or mills by twitter.