Opinion: What does turbulence at HP, Motorola and LG tell us about the state of the mobile industry? 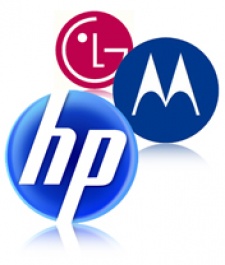 August 29th, 2011 - 03:55pm
By Keith Andrew
Talk mobile news day in, day out, and it's easy to find yourself getting a little swept away in the excitement.

Like the dot-com bubble of the late nineties, every day on PocketGamer.biz uncovers a rush of firms looking to innovate in one area or another  from payment systems and monetisation tools to entirely new platforms, devices and marketplaces.

All of a sudden, however, someone seems to have cranked up the warning klaxon.

In the space of a couple of weeks, three serious players have, in one form or another, been severely knocked back.

The most obvious example of recent ills is HP. After forking out $1.2 billion to buy Palm - spearheading its entry into the mobile market little over a year ago - the company is now in full scale retreat.

It's hard to judge the reasoning behind the decision, in truth: smartphone and tablet hardware isn't the only market HP is pulling back from, but TouchPad's less-than-stellar-start at the tills seems to have been the trigger for a far wider re-evaluation of the company's business.

Nonetheless, Palm and its legacy seems dead. Though some questioned HP's move for the firm in 2010, the queries centred around the company's choice of purchase, not HP's intention to move into the mobile market  RIM touted by many as a better buy.

Both then and now, market projections have shown smartphone and tablet sales rising sky high year after year, as if those behind the reports have simply taken a ruler to existing growth and carried the line straight through.

So what did HP learn from its $1.2 billion? Essentially, the company has been grievously wounded by the fact that to eat into a market led by Android and iOS, it would have to drop its hardware prices to an extent that wasn't economic.

The smartphone market is growing fast, but it's actually a narrowing growth, with consumers choosing to buy from a very select band of platforms. Upgrading to a smartphone is, for many, an expensive investment, and few seem willing to give handsets or operating systems the time of day if they don't have everything available from day one.

Growth is possible, but only if you're already growing.

Google to the rescue

Yet, it says something that two major players in Android - the fastest growing sector - are also experiencing problems.

Google's $12.5 billion move for Motorola was initially billed by most commentators as a shrewd one, handing the firm the key to pushing Android forward on two fronts: software and hardware.

In the days that have followed, however, those same commentators have had a moment of realisation: Motorola is no longer the driving force behind Google's platform as it was in the days of the Droid. Instead, the company finds itself trailing the likes of Samsung and HTC, both in terms of consumer adoption and handset innovation; its share shrinking in most major territories.

With this data on board, Google's swoop for Motorola appears more and more like a rescue job  a defensive move designed to protect Android's position, not strengthen it.

It can be no coincidence that, following a $56 million loss in Q2 2011, Motorola CEO Sanjay Jha openly talked up the prospect of adopting Microsoft's Windows Phone, no doubt to provide last minute negotiation leverage. Less than a week later, Google's move for the manufacturer was announced.

As open as it is, the majority of Android consumers are opting for handsets by a small number of branded manufacturers. Aside from these, only those willing to undercut prices and/or with territory advantage such as Chinese OEM ZTE look to have a long term future.

The best example of this is Android advocate, LG. Arguably in a stronger position than Motorola, that hasn't stop some commentators advising the firm to sell off its mobile business altogether.

The failure of LG's 3D devices (coupled with $51 million loss in its most recent quarter) is enough to prove the Korean firm should have got out of the kitchen when the market started to heat up, argues market analyst Horace Dediu.

"But even with that option, LG wouldn't get much from the sale. They should have sold it long ago before the overall landscape got tougher."

And even outside of these specific examples, almost every major manufacturer is currently involved in some legal tussle or other, trying to cement their position by insuring that, patents-willing, they get a share of their rivals' revenues in the years to come.

It'd be misleading to suggest the mobile bubble is in any way about to burst of course  the weight of stories detailing inventions left, right and centre proves this is a market with a large cash-rich audience to sell into.

But there's no doubt the recent fortunes of HP, LG and Motorola illustrate that the mobile market is no gimmie, even for the most powerful of players.

Indeed, as we've previously argued, outside of Apple, Google, Samsung and possibly HTC, it could be that Nokia is now sitting in the best potential position.

And who would have thought that six months ago? 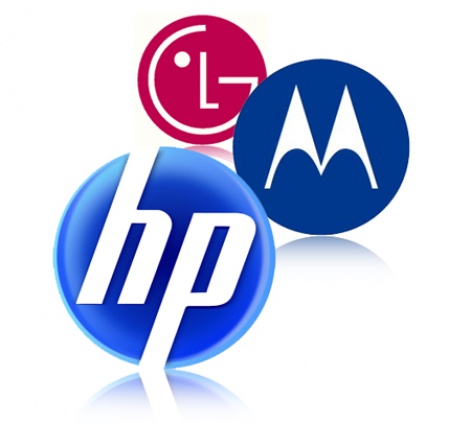