Quiet drink or big night out? 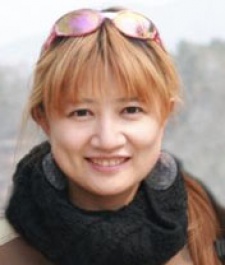 September 6th, 2011 - 09:31am
By Guest Author
Si Shen is CEO of PapayaMobile, a mobile gaming social platform based in China with over 18 million users.

Over the past few months, there's been a lot of discussion about paid games versus freemium models such as offers, in-game ads or virtual goods

Without getting too involved in technicalities, Id like to suggest an easy-to-understand metaphor that highlights some of the differences between the two.

Freemium is like a neighbourhood bar: it works best when the barrier to entry is set as low as possible and it functions as a social space for consumers to interact with each other in a fairly open manner.

Paid apps, however, are like an expensive night club where customers are willing to pay a premium for a lavish experience, albeit one that's enjoyed occasionally.

Neighbourhood bars and pubs rarely charge an entrance fee, making their money with cheap drinks and a friendly atmosphere that encourages people to come back frequently.

What theyre doing is making their space as accessible as possible because bar owners realise that they make their money by offering customers a place to be social, to chat, watch sports and have fun with their friends. Charging an entrance fee at the door would keep people away and that hurts long term revenue.

A swanky night club, on the other hand, isn't concerned that it sets the barrier to entry high because it's offering an exclusive experience. Great night clubs have something special to offer - maybe it's a famous DJ or amazing cocktails - that enables them to charge an entrance fee.

They can make sufficient revenue at the door to overcome money lost when customers are turned away. The best will charge even more to give the impression they're really exclusive.

Paid apps are like a night club. If they're going to be successful, they have to be so spectacular that everyone will want to pay to come, even though the cost may stop the majority actually putting their hand into their wallet.

The equation will boil down to how many people are willing to pay the cover charge?

Freemium games are like the neighbourhood pub. They're a social connection point that allows developers to monetise through an on-going relationship with their customer base.

Like pubs, freemium developers sell cheap consumables that make people feel happy, and encourage players to let their friends know about the fun time they're having. The craic needs to be great, but to make money, your first challenge is to get customers through the door.

In this way, it's important to think about a free download in the same way you'd think about someone walking into a pub: it's an opportunity to build loyalty with a customer that leads to an ongoing relationship - will that pub become their local, a place where everyone knows their name?

One for the road

Developers need to think deeply about their games however.

If you've making a must-have, highly focused experience, you'll be able to make money from paid downloads. You should even think about how much your 'door charge' needs to be.

But if you're making more of a social experience, you're better off focusing on building relationships with a community of users and monetising by giving them a fun time.

Cheers, and make mine a double!