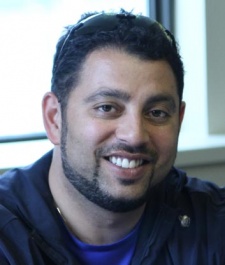 September 14th, 2011 - 01:53pm
By Guest Author
Ray Sharma is CEO of XMG Studio, a mobile developer based on Toronto, Canada.

You may have heard of transmedia storytelling: a story that's told across several different sorts of media.

Transmedia doesn't just have to be limited to a storyline though; the integration can extend to other mechanics, interactions and business models.

It's my contention that since smartphones are the most personal of computing devices, they are uniquely suited to become the focal point - even the remote control - for all other media.

Smartphones bring the potential of transmedia to life.

They enable interactions that go far beyond the simple brand extension of the movie tie-in game, or ancillary toys, TV, and music products. This is because mobile applications make it easy to introduce these other forms of media, driving usage and enabling feedback loops between them.

At XMG, we have signed commercial agreements in television, toys, comics, movies, and music. We know through this experience that traditional entertainment companies are scrambling to figure out how the app phenomenon will impact their industry. It's interesting to notice how Microsoft under-invested in the internet, Google under-invested in social and now Facebook appears to be under-invested in mobile.

The broader media industry is under-invested in all three, but it's keen to learn.

Always there, always on

The reason a mobile application is important in transmedia is that it can steer the user to the other media, without the user leaving the device or travelling physically themselves.

For example, we can build a game in which a user accumulates merit through some form of collection. This is then used inside the game store to choose other activities, such as in-game boosts, video downloads, or buying a ringtone based on game music. When combined with the freemium model, a mobile game then becomes the natural entry and control point for additional relevant content.

A good example of the direction we're headed is our iOS Degrassi mobile game released in early July. It is based on the long-running Degrassi high-school television drama that North American teens love. With our app, fans can take on the life of a Degrassi Community School student.

Are you in or out?

Each monthly-released episode of the game features three interconnected storylines.

To help ensure our game stays true to the Degrassi brand and philosophy, we have one of the television show's writers create our content. This lets us co-mingle style and storylines. Using this, we plan some surprises during the season which will show a clear integration of the app and television show.

Just like in high school, players realise decisions have consequences and based on their actions, their popularity could rise and fall.

But we can also directly drive interactions; for example, alerting users when the TV show is going to be on, with a simple pop-up reminding them "Degrassi is on at 7pm tonight on Much Music."

Additional features we're including, which demonstrate the potential of transmedia, include in-app purchases of ringtones, music, downloadable episodes, bloopers and behind-the-scene content.

The app encourages fans to watch television, and the TV show is tweaked to relate to our app. It's a very simple idea but one that helps integrate the two media, allowing for internal cross-promotion in the brand.

In this fashion, the Degrassi mobile game is becoming the remote control for all Degrassi transmedia content.