Tag Games' Paul Farley on the benefits of Games Hacks, even for established studios 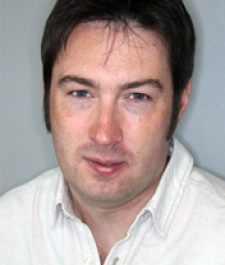 September 27th, 2011 - 10:30am
By Guest Author
Paul Farley is MD of Tag Games, a Dundee-based developer which recently released Doctor Who: The Mazes of Time on iPhone and is working on Funpark Friends for release on 1 October.

Im often asked about our creative process. Where do game ideas come from? How are they refined? How do you determine market demand? How is the on-going design process structured?

This is a difficult question to answer. Our approach to game design and creativity is constantly changing as it flexes to meet the demands of a growing studio, and reflects our prior learning and current knowledge.

Over the years Ive been privileged to experience a wide variety of design practises. At extremes were the well-defined design methodologies of architecture and the ad-hoc 'trial and error' design approach of the original Grand Theft Auto team. There have been many more in-between and my takeaway is that, unfortunately, there is no single best practise.

A short while ago, Tag celebrated its fifth birthday and this gave us the opportunity to try another creative endeavour called a Game Hack (also known as Game Jams).

Much to the bemusement of wives, girlfriends, partners and friends, we decided to mark this auspicious celebration not by heading to the pub, as is our normal custom, but by staying up all night to make games!

It might seem strange for a commercial studio to run an internal Game Hack given their popularity with students and hobbyists, but given its a fairly common practise in Silicon Valley we thought there must be some compelling benefits.

It was hoped that the Hack Day would be an enjoyable way to celebrate a major milestone in our story, but also help to further nurture the creative culture of the studio.

If you are considering this type of event for your studio you may wish to consider some of the aspects of Tag Hack 2011 that worked well for us.

Youll need to tailor the event to your own studio structure, team members and desired outcomes  but the worst that can happen is that youll have a lot of fun.

The eventFirst of all consider the structure. We wanted a sense of competition between the teams, but also playable prototypes at the end.

Teams of 4 or 5 provided a good mix. Smaller teams probably wont deliver as much in the time, but perhaps would generate a greater variety of creative outcomes.

Providing a boundary and catalyst for design is a good idea (we had the theme of 'rescue') and allowing teams to do upfront design before the event maximises the production time. Just ensure no one starts coding or producing art ahead of time!

The time of the event is also important.

24 hours worked well for us. People can work a straight 24 hours without getting too fatigued and its amazing what can be created in what is essentially three working days. Too short and you dont get time to produce anything tangible, too long and interest will be lost.

And find ways for team members to express their individuality. Fancy dress is great, as is getting teams to name themselves and produce team logos.

Mix things up so people get a break from their normal project teams. If extra motivation is needed have a meaningful prize for the winning team. Provide as much food and drink as can be consumed. Finally Id suggest you run the Hack at the end of the week so the team have time to celebrate afterwards and crash over the weekend.

What happened
Team buildingIts a cliché but team building did occur. Putting people under pressure often brings out the best and worst of them. In the pressure cooker environment of Hack Day, both newbies to Tag and veterans, found they had to find ways of working together and communicating without the tools, processes and structures of the normal studio environment.
Rapid prototyping worksHack Day was a welcome reminder that rapid prototyping works extremely well for proving game design concepts and technical assumptions at the start of a project. Its no surprise that the most successful teams had something up and running on screen within the first couple of hours.
Dealing with pressureIts unfair to expect everyone to deal with extreme pressure situations, but in game development the next milestone is never far away  even more so in the social service space where youll be iterating your code base on a weekly, or even daily, basis. Hack Day allowed us to assess how teams and individuals deal with stress and how we can better manage it.
MoFlow works for rapid prototypingOver the past year weve been building our own multiplatform game engine called moFlow. We also use Unity 3D, which is widely known, especially for its excellence in rapid prototyping situations.

It was always going to be interesting to see if moFlow could stand toe to toe with Unity. The great news was that the winning team used moFlow. The bad news is that the only team not to finish also used moFlow.

The difference here was that one team knew the tech inside out, whilst the other was using it for the first time. The lesson? Hack Day isnt the time to learn new tech if you want to win!
Great PR opportunityWe took the decision to live blog the event. This could have turned out to be a complete disaster if the teams hadnt produced good outcomes, but thankfully the results were excellent.

Over the course of the event we had people from around the world following proceedings via Facebook, Twitter and our blog. We even had some very positive feedback from other developers including employees at Facebook, Bioware, Zynga, Rockstar and Playfish.

Our first Hack Day was a resounding success. On its own, a Hack Day is unlikely to solve all your creative problems, but it can develop existing culture, gel teams, provide a welcome break from day to day project work and give everyone the chance to get involved across multiple disciplines.

You never know we might actually commercialise a couple of the games as well
You can read about Hack Day as it happened, and view videos of the final game prototypes on the blog at www.tag-games.com/blog