From VDC: Exent's Rick Marazzani on why content is now important for Verizon 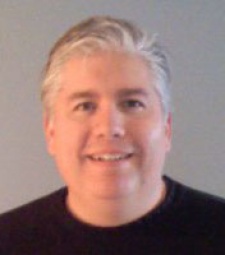 September 20th, 2011 - 04:42pm
By Guest Author
Rick Marazzani is head of content programming at Exent, based in San Francisco. His job is to find and promote the best games to delight and entertain Exent's subscribers.

It lived up to the billing and offered a rare look into what is usually a blackbox of carrier platforms and teams, so here are observations on the conference and the gears of the machine.

Over 1,000 mobile innovators came to get an inside look and some facetime with Verizon.

Of course, there was self promotion and Verizon cheerleading, it was Verizon's conference after all. There were also plenty of cool things worth crowing about: the future of the 4G LTE network; machine to machine communications; and a look at upcoming technology.

From a game developer's perspective, the nuts and bolts of the streamlined game submission process and the Verizon Dev Community were must see sessions.

Content managers feel our pain, and have fixed many of the rough spots that made submitting and maintaining content less than ideal. In order to ramp up the Verizon Apps store, Verizon knows it needs to make it as simple to submit as other markets.

Going forward, wherever there is something that needs improvement, Verizon encouraged its partners to let it know, and work with Verizon - and to team up with other content providers - to help improve the service.

As a carrier, Verizon can offer a developer features that the mobile OS app stores cannot. In addition to building and maintaining a super fast 4G LTE network, it was quick to remind us about:

The best talk of the conference came from Tom Villa, the California-based director of content for Verizon.

He pulled back the curtain and discussed his content needs, objectives, team structure, and the best way to work with Verizon to optimise content across all its platforms and models. I took great notes in this session, and will happily share them. Email me - content@exent.com

Still, you may be asking yourself, "Why does this old guy keep talking about mobile carriers?" Shouldn't I be reminiscing about buggy whips and the steam-powered phonograph?

To be sure, carriers have fallen off of the radar for most mobile game developers in this era of smartphones. With the Apple App Store and the Android Marketplace, users can get content direct from the OS providers, obviating the carrier decks.

Verizon has made note of this, and discussed its plans to attract app developers and consumers on Android with the new Verizon Apps store. It has revenue targets assigned to mobile content, and has built a multi-million dollar infrastructure to support developers and distribution to users.

Personally, I am old school mobile, back to the founding days of Digital Chocolate.

Heck, I still have my old iQ212 games on the BREW deck. Back in the day when BREW, content decks, and flip phones ruled, 90 percent of mobile games revenue came via carriers. Today, I don't think a carrier has yet found a way to make a dime off of smartphone games. Apple, Google and advertisers and external billing are cashing in.

Still, it is interesting to note VDC was packed with old school mobile guys who understand the carrier's value and can see that carriers are poised for a comeback. I recognised Josh from GoSub60, Mick and Craig from FreezeTag, two ex-Nextel content guys, plus reps from DChoc, Konami, Gamevil, Real, and others.

Back in the day, a few distributors essentially owned the carrier decks. Things are different today. The new openness of the Verizon platform will not allow a handful of publishers to dominate sales - unless the veteran game publishers are the only ones savvy enough to make the effort to submit their apps to the carriers.
Written at the Aria hotel and convention center in Las Vegas, from the Verizon Developer Conference on my Samsung Galaxy Tab 7".


Exent is the world's largest PC and Android games on-demand distributor, and its GameTanium platform powers PC and mobile game subscription services worldwide for operators including Verizon, Mediacom and T-Mobile.

You can find out more here.