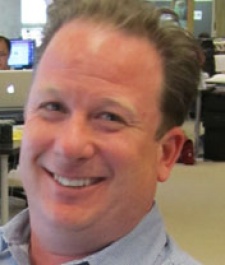 Back in 2009, US developer Booyah burst onto the location-based social mobile gaming scene.

Quickly raising $10 million in VC funding, the start up - which included founders from the likes of Blizzard and Insomniac - scored a hit with MyTown, a real-world check-in-based game that took the US by storm.

Indeed, for much of 2010, Booyah and Foursquare were locked in a competitive press release battle detailing their ever-rising check-in and user totals.

But demonstrating how quickly things can change in the sector, as the year went on Foursquare started to gain traction as the social location tool over MyTown's gaming emphasis, becoming the defacto industry leader.

Booyah continued to focus on location-based freemium games, releasing DJ Rivals in March 2011, but as location become more pervasive across mobile, it become clear a rethink was required.

The most obvious result of this saw Booyah co-founder Keith Lee moving into an advisory role in October, with COO Jason Willig (who joined the company from EA - previously LucasArts, Gas Powered Games - in April 2011) stepping up as CEO.

Prior to this, the company spent six months thinking about what it really wanted to do; "We're not a utility, we're not gamification. We want to be the best location-based mobile games company," Willig states.

To that extent, the release of My Town 2 is its reboot in terms of re-engineering the balance between location and mobile gaming.

"The issue we found with MyTown was it was very popular but it didn't retain players as well as we'd hoped," Willig revealed, pointing to the changes how check-ins are implemented in its sequel.

"Check-ins are a great mechanic but you have to make them accessible; make them an enhancement to the experience, not a limitation."

As he explains, in the original game you had to check-into a real-world location in order to be able to purchase each building.

Great for people on the move, but as other location-based companies have found, most users travel along a limited number of fairly fixed routes, racking up most play time in fixed locations such as at home.

"Our creative challenge was not to limit folks," Willig says of the approach in My Town 2; something he labels a city building game with location-based elements that add unique personalisation.

In this way, the gameplay is more akin to the traditional social game in which you build up your population and resources, completing jobs and tasks, unlocking new buildings and customisation options, while having the option to include real-world businesses if you want to.

Feeding into the social nature of such games, you can now also purchase businesses from cities around the world.

More subtly, the gameplay hook into this activity. The prices for in-game businesses are calculated by the number of check-ins and purchases of that particular business across all players; more popular the business, the more expensive it will become. Popularity also feeds into the amount of soft currency it will produce when completing jobs.

Soft launched in Canada prior to its global roll-out last year, Willig says My Town 2's early performance to-date has been better than he expected.

"In Canada, users were playing seven or eight times a day and checking in, so we're happy with that. Now we're looking through the data to see which levers we have to turn to deepen engagement," he says.

The game should get an additional boost with the release of a content update in time for Thanksgiving, including more social features. And with two new titles currently in development, it seems this is the opportunity for Booyah to regain its crown.

"I think too often the industry gets excited by technology, but forgets players just want to unwind and have some fun," Willig ponders of the new approach.

My Town 2 is out now for iOS devices. [iTunes link]