Oli Christie on a day in the life at Neon Play

Behind the scenes of 26 million downloads UK indie

No day is ever the same in any games studio, but I'll try to give an insight into some of the things that have happened in the last week at Neon Play.

8.45amI've dropped the kids off at school and on the drive into Cirencester have time to think about the day ahead. I take the short stroll from the car park to our new studio.

Even though it's a dank November morning, every time I see our beautiful building and our vibrant neon logo by our front gate, it puts a smile on my face. 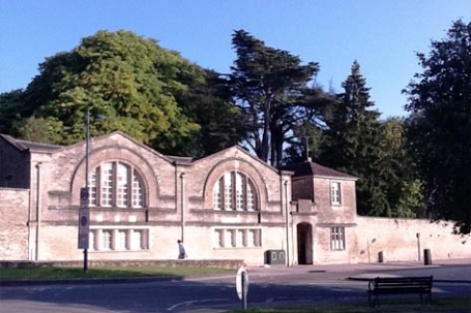 The team stroll into the studio in various forms of awakeness. As they come up the stairs to our open-plan studio, a jovial "morning" rings around the room.

We're launching a Christmas version of our 5 million downloaded game Paper Glider, that will hopefully become a seasonal offering.

Yup, a bit like Angry Birds Seasons. So we're trying to come up with a word to follow Paper Glider to represent seasonal but without saying Seasons because we don't want to be accused of (totally) ripping off Angry Birds. 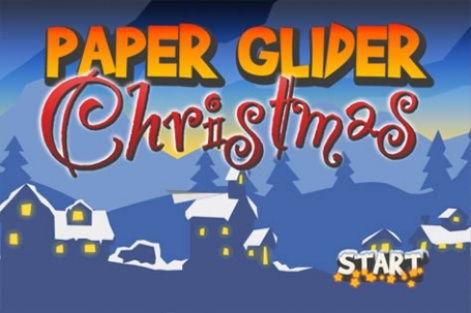 So four of us huddle around a white board by my desk and come up with names. Festival, Celebration, Celebrate, Holidays, Seasonal, Party...err...Seasons?

Not many potential names there, but we like Holidays so we have a decision and Paper Glider Holidays is born. The game is nearly finished anyway, so this is the icing on the cake.

We have started making our first shooting game and it's looking stunning. We've got some great tech in there which is making for some spectacular deaths. But we need some sounds for when people are shot.

So our sound guy goes around the studio to each person's desk and gets everyone to have three attempts at an aaarrrghhhhh! or an urrrrrghhhhh! as they're shot.

Some people sound like they're climaxing, others clearly have never been shot and some are on the verge of an Oscar nomination.

Everyone has jumped on the freemium bandwagon and it's gathering momentum. But the key thing with freemium is to get the balance right between what players get for free and what they need to earn, unlock or buy.

And it's seriously hard to get it bang on - we know from experience that you can make a stack-load of cash or fail embarrassingly if you get it right or wrong.

So we're having an enjoyably passionate discussion by our CTO Mark's desk about Traffic Panic 3D, our latest release, which has suddenly become an incredible game that we are stoked with excitement about.

We were going freemium, but we've decided that it's so bloody good (or lush as we seem to be saying) that we're going to charge 69p/99c for it and then look to do some in-app purchases as well.

No harm in trying as we can always go free later. 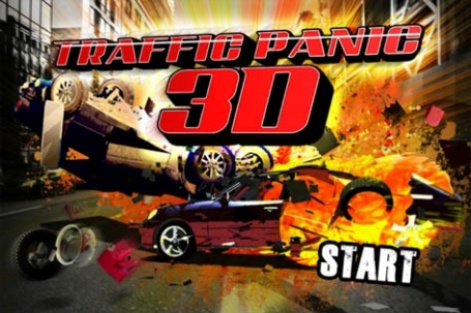 But we can't quite work out what to charge for what and when should the majorly cool and explosive items be unlocked/given away. We disagree, go round in circles, fight our corner and laugh about the fact that we have such polar opposite views. But we come to the right decision in the end (we think/hope/pray).

We never underestimate the importance of a game's icon. Never has that been better illustrated by a little experiment we did called iSkid which was little more than a top-down view of a car skidding around a car park.

That was it. But the icon looked lovely (and the game name was alluring) and the game became a UK number one game and had over 750,000 downloads. Ridiculous. 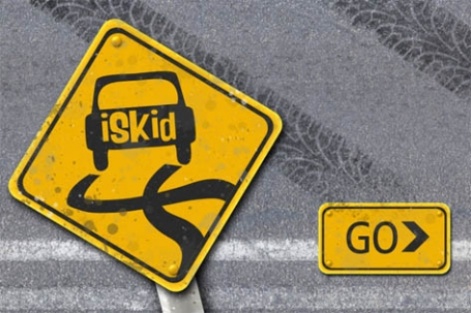 So we're finalising the icon for Traffic Panic 3D and it's nearly there, but the cars are not quite pinging out and are as clear as they could be. So we're looking at slight tweaks to the icon to make it perfect. It's worth the faff, even though it seems we spend ages sometimes on a 57x57 pixel JPEG.

Mark and I go for our weekly posh baguette. It's a good chance to get out of the studio, discuss some new game ideas and other plans and thoughts we have about how we can make us a better and more efficient studio.

When we get back to HQ, our downstairs play area is a melee of activity. Two of the guys are playing pool, a couple more are on the Xbox, some are nibbling on their homemade bagels and some of the guys are working through lunch to hit a launch deadline.

2pm - Looking at the numbers

We've just hit 26 million downloads, which is a milestone we're all dead chuffed with. So I decide to have a look at AppFigures and have a look at the download numbers of our best-selling games. It's just an exercise in self-congratulation really, but it's nice to bask in your own success from time to time.

But a statistic comes out that we are amazed by. Ten of our games have had over one million downloads. Yup, ten. What I love about that stat is that it shows how diverse we have become and that we don't rely on just one game for all our success.

Of course we'd love our own Doodle Jump or Angry Birds with a licence to print money, but our strategy is about producing games quickly so the ROI is not so scary and if we have success with a game, we can build on that. 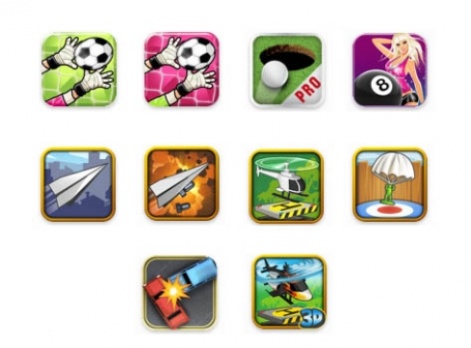 We did everyone's six-monthly feedback sessions/pay reviews/Christmas bonus yesterday. It was really useful as we get each employee to do their own SWOT analysis (Strengths, Weaknesses, Opportunities, Threats) and as well as being more critical about themselves than we might be, it also is a good chance for us to find out what the troops are really concerned about and any areas we might improve on.

So we get the whole team to sit down (in a circle of beanbags, stools, plastic chairs and a bright orange sofa) and we talk about the feedback we got.

One issue raised was that since we moved to our bigger studio, the atmosphere is not quite as vibrant (not totally surprising as we were all shunted in two small rooms), so we've ordered a Bose iPod docking station so the music can be louder than coming from my MacBook.

Another issue was that people wanted to create certain types of games (great), but weren't doing anything about it.

So we've charged them with the concept of doing their own doodles, scamps, mock-ups or prototypes of games they want to build. This will hopefully lead to more diverse game ideas that people feel personally empowered to get even more involved in. It feels like a great meeting and we pat each other on the back about all our recent award wins.

It's time for a bit of amusement, so I call mills (aka CHIEF WONKA) of ustwo. We share war stories and try and probe each other for information about how our games are faring.

His game Whale Trail has had great PR, reviews and Apple coverage, but it's dropping out of the charts at a rather depressing rate.

We agree that the App Store has got even harder in the last quarter and that having a promotional network is key to longevity once the initial app launch/Apple coverage has finished. Luckily, we have a promotional network in our 26 million apps (we call it NADS - Neon Play Ads - juvenile we know), but it's still not easy.

We are on the verge of launching a new publishing division, where we help indie developers launch their own games. And our first app, a puzzle game, is nearly there and it's looking really polished and fun to play.

I give our head of publishing some initial feedback and work with the designer on finalising the landing page. This is the fun bit of the job that as we've grown, I sadly seem to have less time for.

I'm a great believer that there's no point squeezing the living hell out of employees. Some of the horror stories that come out of console studios beggar belief.

If we want our team to be creative and program effectively, then they need to be recharged and look forward to coming into work. Surely that's fairly logical? So at 6pm-ish, the team head off home (some need to catch the hourly bus) and I'm keen to leave just after six to get back and see the kids before bedtime.

The kids are in bed and I go to the kitchen and check my emails. Doing business with America and the Far East means there's generally something coming through.

We are doing final testing of Paper Glider Holidays and Traffic Panic 3D, so I have a little play of those and write and email small feedback and suggestions.

Dinner, chat to my wife, trash TV, news, bed. Zzzzz.
You can find out more about Neon Play at www.neonplay.com