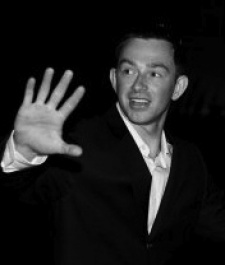 January 17th, 2012 - 01:11pm
By Guest Author
Justin Mauldin is the US marketing manager for Papaya Mobile.

Work in mobile games for long enough, and you'll hear the question "Who's the next superstar developer?" pop up pretty regularly.

Developer superstars are those rare teams who games which capture the imagination and get millions of gamers excited.

Games such as Tiny Wings, Infinity Blade and of course the ever-present Angry Birds have racked up tens and hundreds of millions of downloads, becoming household names, and creating mini-genres of their own.

But with every new must-have game thats launched, creating a new successful game gets that bit harder.

Development and marketing costs are often the biggest problem for start-ups and too often it can be hard for first-time developers to know where to get advice and help.

If the market for mobile apps in general - and games specifically - is to continue to grow, then it's up to the industry as a collective to find ways around these problems, and to nurture ideas and talents.

That's the thinking behind our Games Academy initiative - to bring together a pool of incredible talent and experience to help tomorrow's superstars. We want to create an environment where fresh developers with new ideas can turn their creativity and energy into brilliant new games, also helping them to navigate the commercial pitfalls and marketing challenges that so often cause problems for developers.

In this way, Papaya's Games Academy is essentially a business accelerator - giving hands-on advice and technical and design input to developers who take part, and helping them to get their ideas from the drawing board to the app store.

Back to the bedroom

One reason for this approach is the cost of developing an app is almost out of reach of the classic bedroom coder, with typical development costs from $10,000 to $200,000 and anywhere in-between.

Partly this is due to the competitive app market, meaning that gamers expect more depth, features, and a higher degree of polish if they are going to part with their cash and time.

But games also continue to be the biggest driver of app downloads, with almost 26 percent of all Android apps being games, and the figure for iOS is higher at 30 percent.

As you'd expect, if games are the most downloaded, they are also the most used - an incredible 64 percent of all smartphone owners play a game at least once a month, more than any other kind of app - plus 93 percent of gamers are happy to pay to play the games they love.

So while it may be harder to create those high-quality hits, the number of consumers willing to pay for those apps continues to rise. 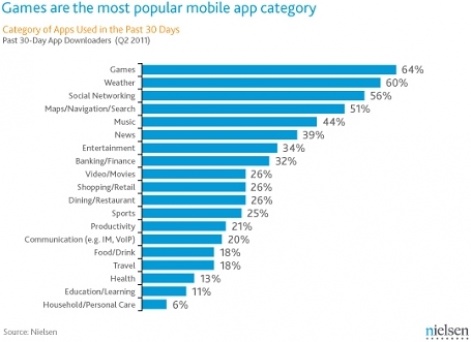 It's great that there is an audience hungry for new games, but how best to reach them? Just as the cost of development is rising, so too is the cost of marketing new apps.

Major publishers and developers have the necessary deep pockets to back their apps with dedicated marketing budgets, meaning that they are less reliant on creating an instant hit on the app stores. Many developers over the past 12 months have embraced the freemium model, with in-game purchases and virtual currency creating a more sustainable model over time versus premium priced apps.

This has been helped by the emergence of social mobile platforms like our own PapayaMobile, which help to developers to create and launch games that have the necessary features and virality that are essential for freemium to really work.

But it's important to remember that we are still at the very beginning of a new industry, one that is growing incredibly quickly yet is still, in many respects, fragile.

It is in all of our interests when apps and games become breakthrough hits, as these are the apps that make millions of people into mobile gamers.

That means that it's essential for companies to encourage developers however we can, as the bigger picture is that everyone benefits when a game becomes a global hit.

With the Games Academy, Papaya is doing its part; and the good news for the next generation of superstar developers is that we are just one of a growing number of companies investing in our collective future.
For more information about PapayaMobiles Games Academy initiative check out its website.