5 hot quotes from the Inside Social Apps 2012 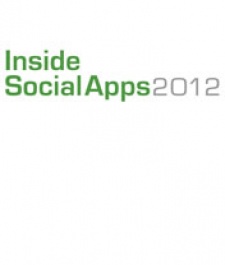 It also emphasised the ever-thinning line between social and mobile, as most acknowledged that Facebook and phone app strategies are now made hand-in-hand.

but if you didn't make it out to San Francisco, here are the five most telling statements from the event.

"Android rankings factor in a lot of things: uninstall rates, user reviews, user engagement and none of these things seem to matter on the iOS platform.

"We were up on the Amazon Appstore for Android, way before the Kindle Fire, and we took our goods down. The Android Market is manageable, but the Kindle, as we say in-house, is 'Android-like'."

"The question isn't just supporting the Kindles at launch, but the iterations that are bound to come over the years and having the staff and resources to support them. We decided no."
Charles Hudson, CEO and co-founder, Bionic Panda Games

3. Zynga is winning simply because it makes better games

"[Regarding copy cats], We're not in the business of making products that are not differentiated. If the games are free, there is no differentiation cost: they can play it, then stop playing it and download something else.

"At the end of the day, the player can decide. One of the keys is the ability to be social, and Zynga provides that."
Travis Boatman, senior vice president of Mobile, Zynga

"In 2010 and 2011, sales of mobile games on [Nintendo DS] and other systems went down 50 percent. Thats not a drop; thats a virtual destruction."
Eric Goldberg, MD, Crossover Technologies

"Now when we think about consumer services, there's no distinction between mobile and internet.

"We assume a company coming in has a strategy that goes across the board. Its really interesting. Over the last 12 months, it's much more common for folks to launch with an app first."
Scott Raney, partner, Redpoint Ventures