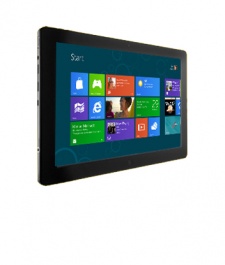 March 5th, 2012 - 09:00am
By Keith Andrew
Anyone searching for a sign of the impact the smartphone market has had on the tech industry at large need not look any further than Windows 8.

The latest Consumer Preview of the firm's forthcoming OS  launched days ago, with 1 million downloads amassed in a matter of hours - illustrates the extent to which Microsoft has armed itself against its old enemy Apple.

It's not OS X that has the Redmond giant running scared, however. This time, the thorn in Microsoft's side is iOS.

Windows 8 is the culmination of the firm's Metro project  a new approach to user interfaces (UI) that launched first on Windows Phone and is now set to make its mark - good or bad - on Microsoft's most prized possession.

As anyone who has sampled the Consumer Preview already knows, it's not quite the finished article yet, either. Attempting to navigate around apps using a mouse isn't as slick as it should be (menus for both the title in question and Windows as a whole currently hidden awkwardly at the top and side of the screen respectively), but two things spring to mind even after only a five minute fumble.

Firstly, this is the most radical change to the Windows set up since its first launched more than 25 years ago.

Secondly, this is an OS that's going to feel far more at home on tablets than it ever will on a desktop PC.

An eye on iPhone

The ramifications of that aside, it's important to note why, after years of Microsoft issuing what now appear to be comparatively small, incremental upgrades, it's decide to rip up the rule book.

As much as Apple might like to talk up Mac growth in recent year, the platform has had very little real impact on Microsoft's continued dominance in the PC market.

Windows has sat relatively unchallenged at the top for decades and, as a result, changes have been about refining its existing UI, rather than replacing it. 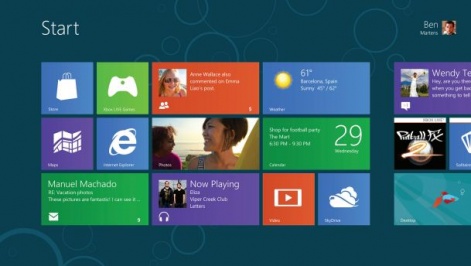 The prospect of a competitor that drags people away from the computers altogether, however, has been one Microsoft could not afford to ignore. As Intel has discovered to its detriment, smartphones now act as PCs in their own right, offering much the same functionality but in a form more digestible to millions of users.

Apple's move to link its ecosystems also raises the prospect of Microsoft's rival building a wall around millions of consumers across the globe: if the ascent of both iPhone and iPad can, in turn, pull more users towards OS X, then Windows may finally have met its match.

Not so manic Metro

It's only with the launch of Windows 8 that Microsoft's initial reaction to iPhone  the critically acclaimed but still arguably niche Windows Phone  finally makes sense.

The Metro UI that seemed so wildly different to both iOS and Android little over a year ago will soon be all too familiar to millions of consumers the world over, whether or not they like it.

Sat front of house on the world's most popular operating system will be a platform that not only promotes the look and feel of Windows Phone, but actively engages with it.

Microsoft has already claimed writing apps for both Windows 8 and Windows Phone is set to be a similar silence, and the two will form an especially close relationship in the years ahead: users that acclimatise to Windows 8's tile-based approach on their PCs will be more likely to consider adopting it on tablets too. 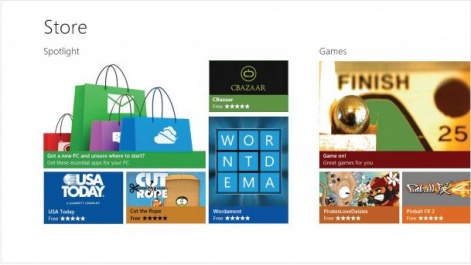 Logic dictates that the once off-the-wall Windows Phone will suddenly look especially familiar to a userbase the size of which even iOS can't compete with. In turn, a marketplace that many mobile developers have ignored to date will also become all too easy to port to.

That's if everything goes to plan, of course.

If Windows 8 represents the biggest shift to Microsoft's strategy since it first launched the platform, then in turn, it also means it's one of the biggest risks the firm has taken in its history, too.

There's no guarantee this experiment will work. Critics, in general, appear to have welcomed the platform's fresh approach, but all such good will is likely to disappear if consumers are adverse to the change the platform will have on their day to day lives come launch.

By bringing the greatest tool in its arsenal into the battle, Microsoft risks weakening the very core of its business.

The flip side of the coin is, the very fact Windows 8 is strapping on armour in defence of Windows Phone both signifies Microsoft's intent in the market, and the level of concern the rise of iOS and Android has brought about in the firm's board room. 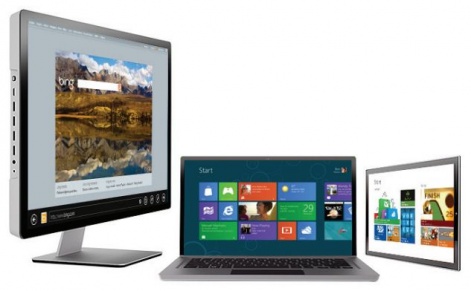 If nothing else, the launch of Windows 8 later this year will fire the starting pistol on a new chapter in the smartphone wars - one Apple and Google are unlikely to let Microsoft dictate.

Whichever platform come to dominates, Windows 8's arrival on the scene suggests the small device in your pocket has an even bigger future than even the most optimistic amongst us might have first imagined.

Reply
It's not actually iOS that Microsoft is going after, it's Android. Android poses the largest threat to Microsoft's business model going forward. No single manufacturer can consistently dominate an industry of this scale. Hence, the multi-platform approach that worked for MS earlier is working for Android.

Reply
It's a lot to get used to. Theres no explanation how to DO half the stuff with the mouse. But when you get the hang of it its GREAT!!

I think MS are doing the right thing, SkyDrive integration. The WinRT and Metro Apps, they are re-tooling really well for the coming "war" with Apple and iOS.

I'm surprised that iOS apps don't run on in a window on a virtual machine on Macs yet... COME ON APPLE!
Posted 8 years, 4 months ago