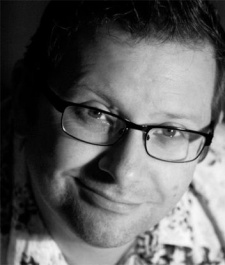 It's a question which has vexed many developers in and around the mobile world. Can you actually do ANYTHING to help your game succeed?

Are developers entirely lost in the massive deluge of new content and titles which are pumped onto the various app markets every day, or can they struggle and claw themselves up to the top of the heap - and sell quite a lot of games in the process?

A recent PG.biz Mobile Mavens debate asked that very question. The results were illuminating. And depressing. Then funny. Then depressing again. Yet it highlights a fairly major problem in the rapidly expanding and constantly evolving mobile markets.

Many game developers see their job as designing and developing good games. They're creative geniuses after all and clearly the best people for the job.

However, for many studios, once a game is finished and has been nurtured, carefully considered, polished and loved - its booted out onto the market with a quick wave, while the developer hides under a desk crosses his or her fingers, closes her eyes and hopes like hell its shining genius will elevate it into the top ten.

Sadly though, many other developers are doing the very same thing. Since theyre ALL creative geniuses, this causes a problem. They're all winners. Except those which are overlooked, ignored, neglected, unloved and missing in action.

The problem is that for developers, the whole idea of marketing seems, well, distasteful. It's something that publishers do for God's sake. I've heard perfectly sane and apparently experienced developers, say - in public - that  "good games dont need PR".

Which is very noble, but again, not really a business model you can rely on.

The other view is that with all of these hundreds and thousands of games appearing on a weekly basis, no amount of marketing will make any difference, so they better get on with jolly well starving to death and resenting the way the industry ignores them.

So here, my friends, are the secret tips that will give your game a far, far better chance of succeeding and perhaps pulling in that coveted top ten slot or first million sales.

1. Marketing does NOT mean advertising

Marketing covers a variety of ills. It doesn't mean having to find thousands of dollars for advertising.

Email some of the lovely journalists at sites like Pocket Gamer. Introduce yourself. ASK if they'd like some information. If they do - send them some. Promptly. They're busy.

Then, when someone writes something about you - USE IT as the next step in your marketing. Mention it on your blog. Tweet the link. Ask your followers for comments, or if they'll retweet it. Be proud.

See what works. See what people are interested in. See what gives you results. Do more of that. Then - and only then - consider a spot of low cost advertising and see if it actually does anything.

2. You cannot start marketing too early

Here's the problem. Most developers think that talking about a game before its on the market will cause other developers to immediately copy their amazing idea.

It will also confuse consumers who will try to buy a game which isnt yet out, fail and they'll wander off like confused cows and buy some other game.

Before you've sold the first 100,000 copies, nobody cares about you or your game - unless youve got form and a few 100,000 plus sellers under your belt, in which case you should know this already). In 20 years I have never met a developer so lacking in ideas theyve gone looking for someone to copy.

If you go straight to review, you are placing your game at a HUGE disadvantage. Youre eliminating more than 80 percent of the total coverage you might have built up before the release and youre gambling everything on a decent review.

That's quite simply stupid. Talk about your game. Many people like games and may well be interested - there's quite an active mobile games media as I understand...

3. Use every channel you can

In the old days there was the media. You had to be nice to them because they were the only people who could write about you. Now there are bloggers, social networks and other more direct, less formal channels which allow you to find and talk to your fans, players and even the media.

All of it, every last drop will help your Google visibility and ensure that a journalist or 'key opinion former' - horrible marketing phrase meaning someone with lots of followers and/or influence - finds you, they think you're interesting and creative, rather than a sucking white hole of emptiness.

Some of the editors and journalists are even on the social networks. Be nice to them. Introduce yourself. Follow them, laugh at their jokes. Through them you can find others who may also be interested. If they follow/like you AND your posting material on social channel [x] then they'll see it and might retweet or post or even write about it.

If you DO use the social channels, don't neglect the media. Keep them feeling special. Send them things. Ask if theyd like things before you put it on Twitter.

The more you put out there, the more channels you use, the easier it is for someone to find you, find you amazing and say so to other people.

Pick a few of the bigger companies out there. Or even better, some of the companies which have made games YOU like, which have scored well and have sold loads. Then Google them, google their games. Find the sites which have covered them.

The people who follow them on social networks. Then get in touch. Follow them back. See what worked for other companies and give it a go yourself.

This is the big one. I have lost track of the developers and game creators who cannot or will not say nice things about their game.

If YOU cannot get passionate and excited about your game, why should anyone else? If you can't enthuse a journalist about why your game ROCKS, then he or she is not really going to get that excitement over to their readers.

If your tweets and Facebook posts lament the things which aren't working, or which you dislike, then you're actively turning off potential customers, losing fans and forcing journalists to consider you a miserable sod who they probably won't approach for quotes or interviews any time soon - unless it's an 'angry man shakes fist at cloud' piece in which you're the grumpy protagonist railing against perceived injustice (and looking like a fool).

For the love of God, if you're going to do ANY of the above, find the excitement, find the heart of the game which made you excited enough to develop it in the first place - and tell your followers, your fans and the press about that.

Okay, these are not guaranteed cure-alls for a game, but since most other developers aren't doing any of these, at the very least, they will set you well ahead of the competition and give your game a far better chance than crossing your fingers, closing your eyes and hoping.

Or you can give me money and I'll do it for you.
You can pick up more tips by following Brian Baglow on Twitter.

Reply
Leo Mozzarello
Good tips. Thanks Brian! Wish I was there for beers in Scotland. :)
Posted 9 years, 4 months ago