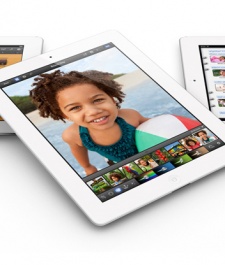 April 6th, 2012 - 02:10pm
By Keith Andrew
Record sales suggest that in terms of consumer appeal, Apple's latest iPad has got off to a very impressive start.

But one highly regarded developer has told PocketGamer.biz the tablet simply doesn't live up to its billing.

In an email detailing the studio's early impressions, the developer  which wishes to remain anonymous; we'll call it developer A - suggested the new iPad isn't powerful enough to cope with very high-end graphics.

"While the Retina display is really stunning and no other gaming platform can match it in terms of crisp visuals, it is a pity that the new iPad is not powered by the PowerVR series 6," said developer A, which specialises in graphically complex titles.

"With the current GPU, the framerate drops significantly when a lot of geometry using sophisticated shaders is to be filled."

This point goes back to the surprise decision from Apple to use an uprated A5 chip - the A5X - to power the new iPad, when it had been assumed an new architecture - A6 - would be required to run the high resolution screen.

"This is true for pretty much any of the high-end 3D games currently available for the new iPad and users are giving devs plenty of one-star ratings," developer A goes on to say.

"Devs are in a dilemma situation now as they either have to go back to standard resolution or keep supporting Retina to be featured by Apple while facing unhappy customers and poor ratings."

The point is that a poor user experience in terms of framerate sees players blaming the game developer and giving one-star iTunes reviews, not blaming the limitations of the hardware.

Of course, this is just one view. But such was the strength of feeling in the account that PocketGamer.biz carried out a wider anonymous sweep of other developers.

While some agreed that, ultimately, a beefier GPU would do the tablet no harm, they were less willing to suggest the current set up is causing major problems.

"It [new iPad] does seem to have some issues with fill rate and blended shaders, but geometry seems fine," developer B countered.

"It is almost the same as when we went from 3GS to iPhone 4 - [it] feels like the exact same situation.

"I have a feeling it can really be pushed harder than people think. it just requires a bit more testing. If your game isn't using lots of transparency or blending effects, then it should really run great."

Developer C added that its games were "highly optimised", and that it hadn't experienced any problems with the GPU to-date.

"I think that people are expecting too much from iPad, but it's still only tablet and not Xbox," it added.

"In my honest opinion, you cannot use complex geometry and shaders like on Xbox 360 or PS3 on any mobile or tablet still. It will take few years."

According to developer D, it's not the iPad itself that's the problem, but rather the engines running on it.

In short, middleware companies need more time "to catch up"; although we should point out that developer A uses its own tech.

"Neither Unity or Unreal have proper updates yet to support the third generation iPad, so we are using some trickery and doing what we can to make sure the games run smooth and look great on it," developer D added.

"We released a Retina update for one of our games, but did so thanks to a trick from the last version of Unity.

"We set it to native resolution - using the latest version of Xcode with Lion - and miraculously it just 'worked'. We're now rolling out new Retina updates for our other games."

If you'd like to detail your experiences working with the latest iPad, drop us a line at keith [dot] andrew [at] pocketgamer (.) co (.) uk