Greening the red planet: Tiger Style on the making of Waking Mars 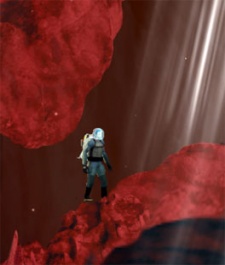 April 9th, 2012 - 08:57am
By Caleb Bridge
Having found commercial success and critical acclaim with their 2009 debut Spider: The Secret of Bryce Manor, David Kalina and Randy Smith took their time releasing their second iOS game.
Waking Mars was released for iOS in late February 2012.

One reason for the more than two year gap between projects is it's a much more ambitious experience.

Continuing the pair's focus on deep and immersive games, it places you into the spacesuit of an explorer, forced to work out the interactions between the various types of exotic plant life in a Martian cave system in order to escape.

Mixing elements of exploration and puzzle-strategy with action dexterity, it's cemented Tiger Style's reputation as one of the most innovative indie developers.

We caught up with David and Randy to find out more about the progress of making the game.

Pocket Gamer: Where did the idea of Waking Mars originate?

David Kalina: The Waking Mars concept was an evolution of an earlier, unsuccessful concept of a caving game set on Earth. We built a prototype version of that game and felt a bit creatively stifled by the setting and theme.

Randy and I sat down one day and, having discovered a mutual love for certain flavours of science-fiction, discussed the possibility of taking the game into outer space.

We have always been committed to making games that aren't motivated by violent conflict, so once we settled in on the setting and got comfortable with the creative liberties afforded to us by making a game set in an imaginary future, we started honing in on this idea of 'bringing the caves back to life' as a central motivation for the play experience.

How did you decide on Mars for the location?

DK: We considered alternate planets - Planet X would be an even more open creative field, where we could imagine basically anything into existence - but we wanted to keep the game concept relatable.

It's a real tough trick keeping a sci-fi game about previously unknown alien life forms comprehensible and relatable to people, and I think the task would have been even more complicated had we taken it further off into the galaxy.

Mars has this great appeal because it's our nearest neighbour in the solar system, and there is real world scientific evidence suggesting that the planet may, at one point, have harboured life in some form.

What other ideas did you throw around as a follow-up to Spider?

DK: We did a couple of other prototypes that we threw away, and kicked around dozens of prototype ideas. Deciding on a concept took a really long time - too long, one might argue.

Randy Smith: There was a political game about running a surveillance team, and a game about being a wizard's apprentice, and a concept where you could draw a world on the screen that would spring to life as you drew. 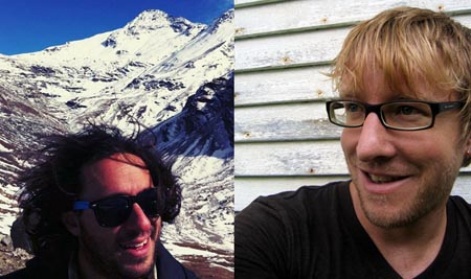 The robot 0CT0 in Waking Mars originated from a concept about piloting an eight-armed robot around a cave. I think that was the first time we thought about caves for this game, actually.

DK: There's no substitute for quality. The idea of throwing out a bunch of 'quick and dirty' attempts to cash in on a vibrant, emerging market is a recipe for failure.

RS: We also learned that, contrary to popular belief, the iOS audience is ready for some pretty sophisticated gaming concepts.

Developers tend to serve up clones and match-3 games - very simple, proven ideas - but one of Spider's successes was its subtle environmental storytelling, a technique more associated with console games like the type we worked on at Looking Glass Studios and ION Storm.

Along similar lines, Waking Mars offers some fairly sophisticated emergent gameplay and open-ended player freedom, and we consider it a victory that people are responding so favourably to it. 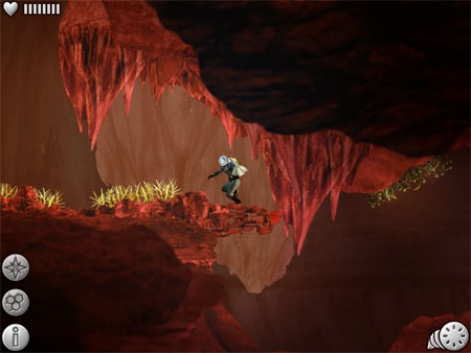 Starting out in the caves

iPhone gamers definitely have different play patterns, but they are just as capable as any other gamer and probably more open-minded. That's why we're on iOS.

What was the biggest challenge in development?

RS: The biggest challenge was inventing a new type of gameplay. The action-ecosystem gameplay we shipped had never existed before we built it, and it took many, many months of experimenting and iteration before we found something that worked.

It wasn't until we ran the tough experiment of setting the game in space that we generated the idea of an alien ecosystem you could gradually learn, survive, master, and leverage to your advantage.

But that was just an idea, just words with no gameplay examples, which forced us onto the innovation path. Innovating is always risky, uncertain, and in this case required a grueling and often nerve-wracking amount of work and false starts.

We're incredibly happy with how it came out, though, and are feeling more confident about our ability to do something new, having accomplished that goal twice now. Our ambition is always to deliver new ideas that surprise and delight people.

How long was the development process?

DK: Waking Mars took just under two years. In the first year or so of the project, I would joke that we were perpetually six months away from being done, knowing deep down that we were further away.

Spider, by contrast, took eight months from concept to submission, so we would have liked to finish a game in roughly that time frame or a little bit longer.

One game released a year sounds like a tidy strategy moving forwards. 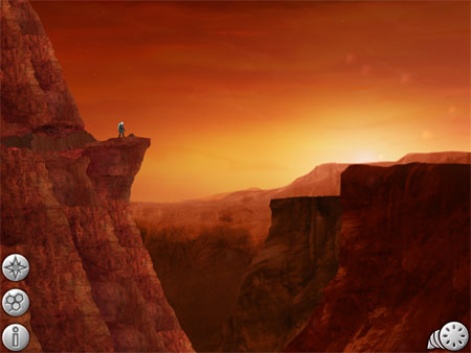 But, one thing I've realised is that you sometimes have to delude yourself to make something great and different. If we knew the game would take nearly two years to develop, we probably never would have pursued it in the first place.

We tend to favour tools that are free, unless (like in the case of Photoshop) they are entirely essential and non-replaceable.

Was Waking Mars funded by the success of Spider?

DK: Yes. In fact, we spent all of the money made on Spider on the development of Waking Mars.

What research went into how the plants interact with one another?

RS: I read National Geographic religiously and generally spent lots of this project researching the fascinating behaviours of creatures and plants here on Earth.

However, the life form interactions in the game were the outcome of gameplay development first and foremost, what made for the best game design, and afterward I would theme them according to something from real life, often with a fun sci-fi twist. 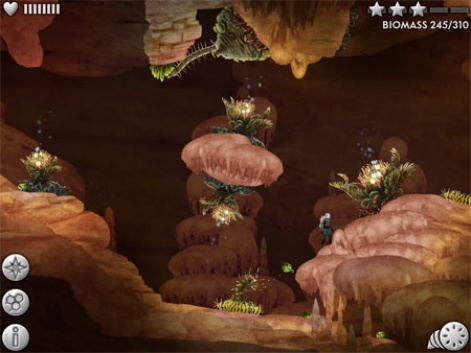 Won't find those in your greenhouse

One of my favourite examples of this is the Cycot, the creatures that fly around the cave harvesting seeds. We needed a way for them to reproduce, so we decided that it would be when they brought enough seeds back to their nest. This led to the idea that the nest, not the creatures, was reproducing, so we re-envisioned the nest as an organic portion of an overall 'apoautobiote'. meaning that each Cycot and its nest together formed a single creature whose individual parts are separate and autonomous.

That's why the nest is this really creepy-looking stomach organ thing, which I really like and wouldn't have happened otherwise.

Apoautobiotes is an idea we made up and is loosely based on 'superorganisms' on Earth, such as ant colonies, which due to their unusual group behaviours are often considered a single organism as much so as any individual ant from the colony.

How did you develop your touch control scheme?

DK: Iteration is the primary key to developing a good touch control scheme, as is a willingness to simplify in the right ways.

The jetpacking was to be controlled more indirectly - in a sort of Lunar Lander style where you could only thrust upwards - and it took us months of experimentation and observation before we realised that players were having a terrible time.

Moving this game mechanic to a more explicit input system - where you touch defines where you move, all the time - was the critical step in making it work for our players. 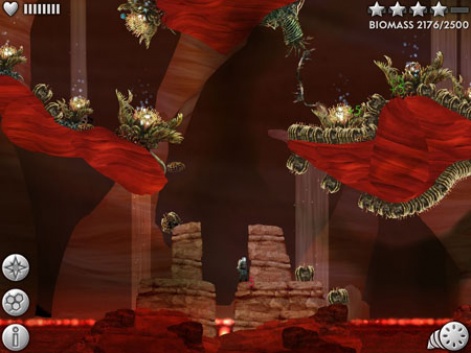 When things get really complex

We were highly resistant to giving the player an inventory to manage, thinking it would make our game feel non-casual, but we realised ultimately that our game systems fell apart if you had to constantly fetch items in order to use them, making the player feel disempowered and actually somewhat pointless.

So ultimately we converged on a set of controls that let the player do three primary things - move around, pick things up, and throw them.

This became a reasonable set of actions to manage for most players, and then the complexity and richness of the game world comes from the network of possible interactions between the many life forms.

Thanks to David and Randy for their time.