No worries about monetisation 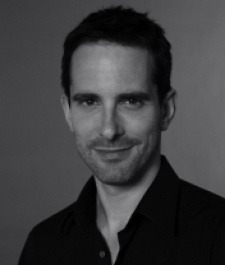 Not long ago, free-to-play (F2P) was considered the business model of the future, and the only way to go for just about every gaming company eager to make it big on an international scale.

While a lot of F2P titles are still highly successful these days and attracting up to tens of millions of players from all over the world, another business model has recently gained popularity, to the point that we can ask 'will this approach will be able to close in on F2P in the future and maybe even leave it in the dust in the long run?'

The business model in question is the 'brand game' model.

When we're talking about consumers under the age of 30, it is obvious that TV is no longer the number one medium. Rather, it serves as some sort of entertainment and info channel that runs in the background.

The main activity happens on their smartphones and, as we already know from various studies, games are the most popular category here.

Since a lot of global consumer brands are backed up by the enormous marketing budgets of international blue chip companies, it is to be expected that big TV campaign budgets are soon going to be shifted into mobile apps  at least to a certain degree.

Furthermore, online advertisement is also under pressure, as the recent analytics from Flurry tell that app usage outperforms web usage on smartphones and tablets.

The transition has already begun.

The development budgets of early mobile brand games were typically five figures and quickly went up to mid-range six figures.

Today, the most popular ad games generate several million downloads on iOS alone. Thanks to such success stories, and with the knowledge that smartphones and tablets are the most innovative and fast-moving gaming platform ever, we will see high-range six figure and even seven figure budgets for mobile brand games in the near future.

Eventually, they will even close in with the production costs of TV spots and, at the same time, surpass the development budgets of F2P titles. This will lead to the development of more and more premium-quality brand games, which do not need to hide behind any commercial production in terms of scope, ambition, gameplay and graphics.

All in all, one could even argue that today's leading brand games do ultimately bring more value to the table than most F2P titles. And this is all the more valid since brands are starting to see the development of a game based on their products not as a one-time affair but rather as an ongoing marketing campaign.

Hence, they will still support and expand their titles long after the initial release and keep the fans on board with the aid of a constant stream of updates, which will add more content and new features on a regular basis.

What does this mean for the F2P model?

This will put F2P publishers under serious pressure as brand games already beat F2P in production quality and are competing for the same high chart positions in the free App Store category.

While only a handful of the world's biggest consumer brands have recognised the enormous potential that games bear in regards to lead generation and brand engagement, the race will be on soon as more and more international consumer brands start to compete with each other for the top rankings in the App Store.

The more important brand games become, the more these companies will throw their marketing muscle behind them.

Eventually, some consumer brands will even become entertainment brands. For example, Red Bull already spends way more money on creating its own sports events than it does on creating and broadcasting TV spots.

However, this new medium offers challenges for brands as well.

On the one hand, the shift from push to pull marketing leads to a whole new level of brand engagement and also results in a stronger affection for, and identification with, the respective company and its products.

On the other hand, this also means that the participating brands have to display a certain level of modesty and reservation in the execution of the brand game, which might be rather new to them.

Conveying a marketing message through an interactive medium like a brand game is actually quite a bit different from the traditional approaches, in which the customers are passive observers rather than active participators.

If a brand game's marketing message is too dominant, it will distract the users from the actual gameplay. If the game is not fun to play, it will be deleted from the devices before the users have even finished the first level.

Consequently, the best and most successful brand games are those which focus first and foremost on a deep and captivating gaming experience, even compared to the best commercial titles of the respective genres.

If spiced up with a subtle yet striking dose of brand reference, these games will win their audience over in an instant and convey the underlying marketing message in a more effective and enduring way.

Marketers must also keep in mind that gaining the attention of the gamers will be next to impossible unless the quality of the respective title is absolutely top-notch.

Since the market for mobile games and browser games is jam-packed with titles that can be played free of charge, it is absolutely mandatory that the users will be sucked in right from the beginning. Otherwise, they will simply move on to another title and see if it will meet their expectations any better.

Unlike F2P titles, however, brand games do not need to worry about constantly finding new ways to regain their production costs.

While both models aim at the highest possible download and retention rates, brand games do not have to worry about monetisation and hence they can balance their gameplay more carefully without charging extra money for all kinds of customisation options and in-game benefits.

Ultimately, this will lead to a more satisfying and immersive gaming experience which focuses more on entertainment value than profit making.

Of course, we have not yet reached a level on which all companies eager for a game based on their respective products completely understand the mechanisms behind the successful launch of such a title.

Thie is especially the case when it comes to the absolute necessity for a subtle and unobtrusive transmission of the underlying marketing message is something, which not all companies have fully embraced yet.

But, nevertheless, the general trend towards the production of high-end brand games in premium quality is something that can hardly be denied anymore.

The first generation of avid gamers from the 80s and 90s is now in marketing positions where they can convince the decision makers - or even make the decisions on their own - to shift budgets from media channels that become less and less relevant to the biggest media revolution ever.

Mobile apps are going to be the biggest marketing channel of all time and games will be its biggest category. This will redefine the term 'free-to-play' once and for all.
You can find out more about the studio on Fishlab's website, or you can follow the firm on Twitter.