Flashback Friday: E3's blockbusters to be put in the shade by mobile marvels 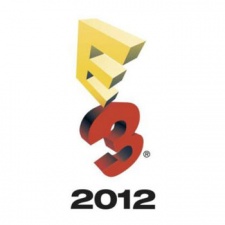 Originally published in May 2012, in this article Kristan Reed considered the state of E3 and the games industry in 2012, something Matt Suckley has reconsidered following E3 2015.

Both articles point to the declining value of pushing console blockbuster games in an industry that is rapidly becoming more global and more multi-platform, especially mobile

Another year, another E3 - and that's the problem.

Looking at the list of key exhibitors and the headline games at E3 2012, it feels like nothing much has changed for years.

New entrants such as GREE may have slapped its millions down to rub shoulders with the traditional big players, but as far as most publishers are concerned, the handheld, mobile and tablet sector are still the ginger step-child of gaming.

Instead, it's the usual parade of handsome blockbuster devils strutting around like they own the place.

In fact, just think of a big franchise and stick a number on the end - you can bet it will be there.

Blockbuster gaming is eating itself. For all its chiselled glamour, the traditional boxed gaming market has become a fretful, risk averse nightmare for most of those still involved, and sales are continuing to fall through the floor.

But rather than use E3 2012 as a golden opportunity to shake things up and embrace the exciting growth areas of the market, the majority of the exhibitors seem content to prop up their stars on empty hype and send them strutting onto the noisy catwalk again.

Blockbuster gaming is eating itself. For all its chiselled glamour, the traditional boxed gaming market has become a fretful, risk averse nightmare.

As someone who has followed gaming since the dawn of time, you know their moves inside out.

Seeing the industry I love drive itself into such a deluded, self-imposed rut with such steely determination is like watching a fading star unravel in public.

The lure of creativity

It's partly why so many people have been drawn to the handheld, mobile and tablet sector in recent years.

Creativity and innovation is never far away, and predictable it is certainly not. Small wonder that design luminaries like Peter Molyneux, Dene Carter, and Fumeto Ueda have run for cover.

Like a lot of us in this business, they've had enough, and presumably want to operate outside of the multi-year, tens of millions of dollars stress factory of uber franchise.

And yet even the big-name publishers that have supported the digital sector during this exciting transitional period are curiously hesitant to get behind their mobile and handheld catalogue in any meaningful way. More fool them.

Almost every contact I got in touch with over the past few days said they had "no handheld or mobile games at all this year, I'm afraid."

Swept under the rug

Others, like Konami, Namco Bandai, Square Enix, and Electronic Arts are showing a little more willingness to get involved - but only just.

For example, EA Mobile, Chillingo and PopCap have their own combined low-key event off site, but isn't it time to give these titles mainstream prominence instead of sweeping them under the rug and hoping for the best? How hard can it be to put some iPads and Vitas on some demo stands?

Some exhibitors will admittedly be holding dedicated digital events later in the summer, but it displays a curious lack of confidence in their own catalogue, especially as most publishers are working on some pretty exciting titles right now.

Later in the year, we'll be asking ourselves, yet again, "Where did this come from? Why on earth didn't they show this off at E3?". Why exhibit at a showcase and then only showcase a small proportion of your canon?

With that in mind, then, it will be interesting to see what those dedicated to the 'pocket gaming' sector have up their sleeves.

The ultra-acquisitive GREE will undoubtedly have much to prove with its big stands this year, and for many attendees will be an unknown quantity. But this year's E3 will be perhaps even more crucial for the old guard at Nintendo and Sony.

For the latter, in particular, the importance of this year's show cannot be understated, with the Vita suffering from a stuttering start to date.

As Sony president and CEO Kaz Hirai stated in the recent financials, content is key, and it will be as much down to how Sony has courted the third parties as its own array of exclusive first party content.

Complacency is not an option, and critics will be queuing up to see if Sony has an answer to the doubts over the platform's long-term future.

In terms of the 'big' Vita titles at the show this year, it would be a major surprise if Call Of Duty Vita doesn't get its debut airing, while you can bet that Assassin's Creed will also be one of the pillar Vita titles wheeled out at the Sony press conference alongside Lego Batman 2, and Streetfighter X Tekken and FIFA 13.

First party Vita offerings like Killzone and LittleBigPlanet also promise to grab headlines, but Sony needs a few more true system sellers like these to tempt players away from their smartphone and tablets.

It could also do with thinking long and hard about the pricing of its games - and its hardware - but we wouldn't expect much willingness to change there.

For Nintendo, it'll be a comparatively easy ride. With most people's eyes firmly focused on Wii U, the 3DS will be allowed to take a back seat this year.

That said, Nintendo knows it has to continue to build on recent momentum if it is to return to profitability and reach its 38 million sales target for the financial year, so we'd expect the Japanese giant to be extremely bullish with the range of new titles on show.

Showings of Super Smash Bros., Monster Hunter 4, Paper Mario 3D, Luigi's Mansion 2, Animal Crossing and New Super Mario Bros. 2 will be the headline grabbers of the show, but we'd expect plenty of surprises to join them this year.

More likely, though, the real surprises won't come from the hot, noisy stands of South and West Halls, but in interconnecting bars and corridors of the Staples Center.

Independent developers will pop along with their iPhones and iPads, sit down for a coffee and quietly show off the kind of titles that should, in reality, be headlining shows like E3 by now. It's spectacularly short-sighted to think otherwise.

And while everyone searches high and low for a game that isn't based on an ageing franchise, the future of E3 will be going on all around them quietly and unheralded.

Friday Flashback: Your only certainty is uncertainty. Welcome to the world of the unconsole