Feeding the fantasy: The making of Order & Chaos Online

Orcs always on the go

July 4th, 2012 - 11:11am
By Lee Bradley , Contributing Writer
Released over a year ago on iOS and followed by Android, Order & Chaos Online has had quite a journey.

Dubbed 'World of Warcraft for mobiles', Gameloft's MMORPG has enjoyed soaring subscription rates, but with a security breach under its belt, it hasn't had everything its way.

So, following Order & Chaos Online's first anniversary, we spoke to Gameloft about its aspirations while creating the game, how it dealt with the security breach, and its plans for the future.

Pocket Gamer: What was the original goal when you started developing Order & Chaos Online?

Gameloft: We looked at what was on the App Store, and while there were many online games, there were only a few persistent action games. And these used instances.

So, in short, there was no real MMORPG experience on the App Store.

In light of this observation and despite the huge technical challenge it represents, we wanted to take the opportunity to start one!

How much inspiration did you take from classic games such as World of Warcraft?

We've all played lots of MMOs before, but what we wanted to build was focused on the number and quality of features we wanted to fit in.

It had to be as rich as any classic PC MMO, with races, classes, groups, loot, guilds, quests, rewards, trading, an auction house, PvP and so forth. 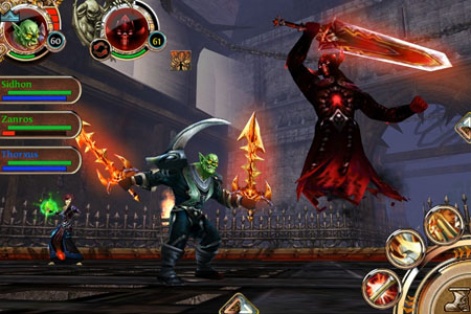 Then, in terms of background, we decided to build it in a known heroic fantasy legacy because we know this pleases players.

People may think about WoW because it's the most famous MMO, but it's actually the same elements that you find in older universes such as Dungeon & Dragons, Lord of the Rings and Warhammer.

How big was the original development team and how long did it take?

The core team was a little under 50 people, but there are of course far more people on the project taking care of QA, localisation, sound, and so forth.

Regarding the time, it was longer than the other big Gameloft games, perhaps one and half years with some design and art pre-production done beforehand. We used an in-house engine that we've used on other games.

The difference is that we developed our own level editor to be able to easily edit wide open worlds.

What was the biggest challenge you faced?

During the core development period, there were two main challenges to overcome. Firstly, we has to build an entire world with so much content that it would keep people hooked for months, or years now! We know how to do that at Gameloft, but the scope was impressive

The other challenge was making the game to be as technically flawless as possible; for example, ping, server capacity, security, general stability and so forth. Gameloft was new on the MMO market, so we had to learn lots of things. 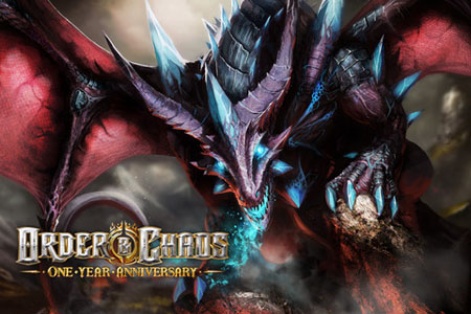 Overall, our work has paid off well in the year following launch - as we're still the clear iOS and Android leader. Now the difficulty is different: we have tons of ideas in terms of adding content to the game and dealing with players' requests.

Obviously we can't create everything at the same time. So, we have to rework the priorities to ensure a good general evolution.

The game took $1 million in the first ten days after launch. What were your expectations during development?

Our expectations were to become the first MMO on the App Store!

Why did you decide to go down the paid with subscription route?

This was, of course, a critical subject throughout the development.

We could have gone free-to-play with lots of IAP and no subscription at all, or high quality game price ($6.99 as with our FPSs), low subscription, or low price (99c), high subscription and so forth. In the end the decision was made to fit the price to the device we worked on.

We thought $6.99 price was a classic on iOS for such a big game. In general, we wanted a very low subscription [it's currently 99c a month or $2.99 for six months] so it doesn't preventing people from continuing to play, as it can be on PC.

Order & Chaos: Online was hacked towards the end of 2011. How many people were affected and what are you doing to prevent a repeat?

Though it's clearly unpleasant, it's not a big surprise that when you release an online application there will be people that will try to cheat in it. With that in mind, we use this knowledge to constantly reinforce our security measures. 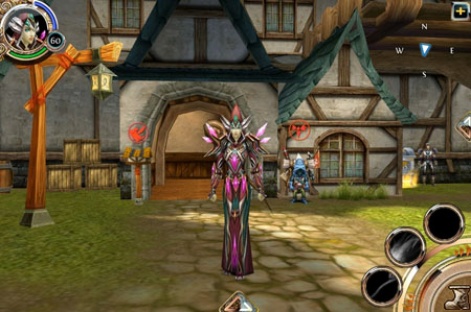 The hack touched a very limited number of people - compared to the number of players - because the method required very specific steps that were hard to gather with normal players. The fix was applied very quickly and people got back their accounts with our customer care service in a timely manner.

Thankfully, the 'noise' about this flaw was bigger than the actual in-game impact.

We work hard to have new content updates very regularly, averaging one every one or two months.

We plan to have one or two normal updates of more content, followed by one bigger one which will feature more content and new features. That way we can maintain both a cool rhythm in production and for the players. It also allows us to decide on new elements.

You've said that the initial design document was so large even recent updates draw from it. How long before those ideas are exhausted?

Yes, there is still a lot of content that we're developing now that was initially thought of before the game launched. And given that this is an MMO, we have tons of ideas for the future as well!

The PvP is a great example here. The first release had the possibility to duel another player and some areas for open PvP. It was a good first step but at the time we had already imagined team arenas with rankings and rewards.

This is a big piece of work. We couldn't include it in the first release but we're happy to say it's coming soon. We're very excited to see this live because it adds lots of interest to the high-level gaming in Order & Chaos and new ways to see the gameplay.

Is there scope for new factions, classes and races in the game, in addition to the extra dungeons?

New factions, not really ... but races, classes and regions are things that we have in mind.

How do you go about policing gold farming?

As for any MMO, the problem is when there are side websites that want to build a business out of gold farming. We've already confirmed that several of them represent huge security flaws for the players who try these 'services'. They ask for your account settings and you lose everything.

If you're a normal player that wants to farm a little in the game to get a new cool weapon, there's nothing bad with that, of course, but if you see someone that's advertising for gold, runes or items, it's clearly against the game's terms of use. 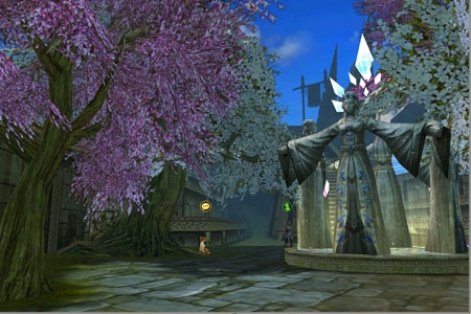 The report system is used for identifying those players and issues in-game, and we've already had several websites closed thanks to the customer care and legal services.

You've talked about the difficulties of server-linking across Android, iOS and Mac, but consumer demand is strong. Can you ever foresee allowing users to play seamlessly across platforms?

I can't say it will never happen, but there are many technical drawbacks that players themselves won't like. Thus, it's not our main priority.

Our primary focus lies in ensuring the most stable and fun experience of Order & Chaos for each platform.

One year on from launch, what key lessons have you learned and how will they influence the future direction of the game?

On an MMO, more than any game, you can never rest! We have a full team dedicated to creating more content on the game and we've increased customer service.

For the future, we'll update the game with more high level content, new features for everyone, plus improvements to make the game more intuitive and stable. A good example of this is 3G network support that now enlarges where you can play the game.

Thanks to Gameloft for its time.