iQU's Fraser MacInnes on why web-based mobile games are faltering 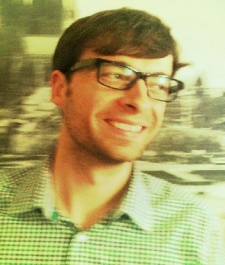 I am not a tech guy. Although I have picked up a (shaky at best) working knowledge of various tech tools throughout my career, I'm no expert.

But something I do know something about is users, how they behave and what they care about.

HTML5 has been heralded as the silver bullet for app development  the technology that solves all of those development headaches pertaining to cross platform deployment and multi-player server side architecture that developers are so often faced with.

Let's get one thing absolutely clear. If the average mobile gamer cared any less about the problems that developers have, his brain would atrophy, his heart would stop beating and he would die.

For the average user, the problems that developers have ranks slightly above "I wonder what the postman had for lunch yesterday?" and just below, "How come Jurassic Park hasn't happened in real life?" amid his list of concerns.

When it comes to content, the overwhelming majority of mobile gamers simply don't give a proverbial about the technology that's driving it.

They care about the entertainment value of content and they care about ready access to that content (on whichever device they have nearest to them at any given time).

You mean web-based, no?

What we really mean is something you don't need to install. That is what HTML5 has become shorthand for, in spite of its myriad potential uses in offline environments.

Question  why has installing apps been identified as a problem for users? Overwhelmingly, users have shown that they really have no problem with installing apps, in fact, they are happy to do so.

On iOS alone, by June this year, iPhone/iPad owners have shown no less than 30 billion times that they're just fine with the concept of downloading and installing apps.

This so called problem with app delivery has been assigned a proposed solution in HTML5, not because it helps users get access to content more quickly, but because it allows developers and publishers alike to push content in front of eyeballs more quickly.

The rationale is, the fewer steps that are involved for the player, the easier it is to convince users to play the game in the first place.

The wrong problem for the wrong group has been addressed as a basis for using web-based deployment for smartphone games.

We need to talk about the big blue giant

And now, a caveat. There is one, very obvious 60 billion pound killer colossal squid in the room and his name is Facebook. Long-predicted as the service that may act as a catalyst for a paradigm shift in mobile, away from installs and towards web-based titles, the potential is clear.

The social network has almost a billion users, a huge percentage of which play Facebook games, and many of these gamers rack up some serious hours on mobile. So, making the mobile version of Facebook itself a platform from which to sell and launch mobile titles presents some clear added value for gamers.

So why hasn't it happened yet?

Perhaps it's because Facebook would prefer to have the likes of Apple as a friend, rather than an enemy. Maybe it's because there are various performance issues for web-based games (especially in comparison to installed mobile titles).

Or it could be because the robot overlords at Facebook simply don't have the technical savvy to execute such a disruptive shift in the mobile games market, yet.

Like so many others, I drank the kool aid and got carried away on a wave of opinion when HTML5 was first heralded as the future of mobile games development, all the way back in mid-2011.

In the fullness of time, it looks like that excitement has not been vindicated with results and as yet, native apps are not showing any signs of abating under the strain of any web-based technology that seeks to supplant installs as a method of content delivery.

But don't quote me on that, remember, I'm not a tech guy
You can follow Fraser's industry commentary on his blog, or else grab bite-size rants via Twitter.