Live from the Best of British 48 hour game hack

#BoBHack PocketGamer.biz is on the scene

July 21st, 2012 - 03:05pm
By Keith Andrew
It's fitting that, of the indie collective taking part in Best of British's first 48 hour game hack in Shoreditch, London, as much enthusiasm was shown for the unveiling of the pre-hack pizzas as the start of the event itself.

Hosted in Mind Candy's expansive, and rather decorative offices  sporting a coffee machine capable of brewing one of the nicest mugs of hot chocolate in the capital  the hack saw 10 indies from across the UK come together to compile a series of seven second mini games using Unity.

According to Mobile Pie's Will Luton  currently serving as 'Chief Bobbee'  the whole shebang is designed to "big up the British mobile industry", with each team of two delivering as many games under the banner of 'summer sports' as possible.

The resulting compliation will then be published on iOS and Android, with all those involved hopefully gaining a bit of press attention in the process. 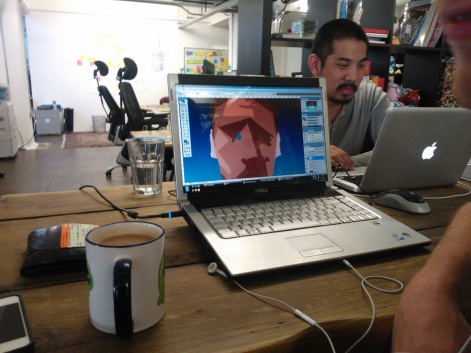 "It's an opportunity to collaborate in a way we don't usually get a chance to," added Spilt Milk Studio's Andrew John Smith.

"Hopefully we'll see some really and fun ideas demonstrating the spirit of creativity that is so integral to the British games development scene."

The first night  which saw 'hackers' working until the small hours  saw the first fruitful ideas come together thanks to a mixture of beer and an unexpectedly competitive FIFA 12 tournament, featuring yours truly.

The second morning was equally balanced between work and play, with some attendees remaining glued to their laptops, while others took part in a specially laid on Micro Machines tournament, courtesy of Kwalee. 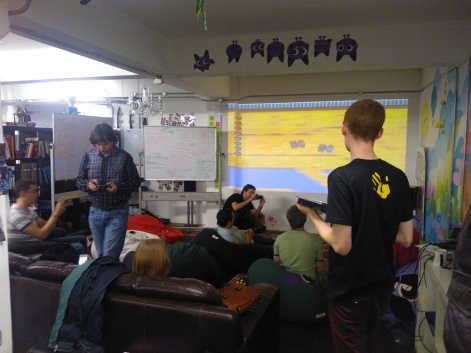 "We're not actually here contributing to the game hack, unfortunately, because we couldn't get a team together in time," said Kwalee community evangelist Joseph Barron.

"However, we're hosting mid-morning entertainment on day two of the hack with a Micro Machines tournament."

Said tournament featured original Micro Machines creator Andrew Graham and Codemasters founder David Darling, who  perhaps expectedly  appeared to have the edge over most of the other competitors.

"I've got huge admiration for these guys here for the game hack, staying up all night to do this kind of stuff," added Kwalee gameplay guru Graham.

"I've had a look at some of the stuff they've done, and it's looking good." 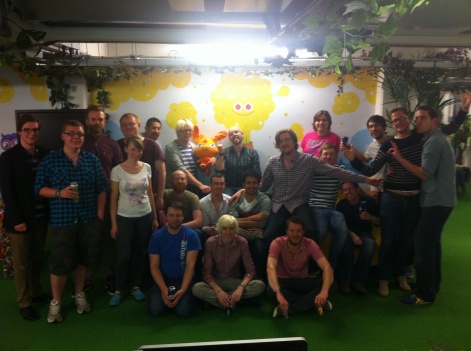 The hack itself still has another day to run, though talk of a follow up event is already being banded about by organisers.

"If another hack happened, I'd love to be involved," said Andrew Roper of IndieSkies.

"There's a great sense of a community and collaboration because we're actually working together towards the same goal, as opposed to other hacks where you're competing against each other. Roll on the next one."

Reply
Alexei Lundgard?
Nice article! Was great to be apart of the event if only partly! Kudos to Mind Candy for sharing their offices and to all the friendly fellow "Hackers" who we met on the day! Cheers guys
Posted 9 years, 6 months ago