#1 - Thou shalt be of a darn high quality 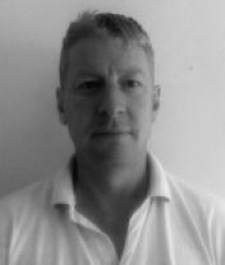 July 26th, 2012 - 02:00pm
By Guest Author
Ed Vause is the managing director of appromoter, an app marketing service for developers and journalists.

Welcome to our new monthly column where we'll be shedding some light on of the gigantic and mysterious cloud that is known as app marketing.

There are loads of things we could talk about and so we're going to distil the most important things that we think game developers should know into our own version of the ten commandments.

Where to start? Well, If there's one mantra that rings true when it comes to marketing apps then it's the same old argument that people have been banging on about for years  quality.

App stores are full of rubbish rip-offs, derivative dross and pointless one-joke apps. Everyone seems to want to make an app, but few offer real quality, value and long-term enjoyment.

Stats from app analytics firm Flurry clearly demonstrate the 'stickiness' of an app. The chart below shows the percentage of consumers that continue using an app, since their first use, over 12 months. 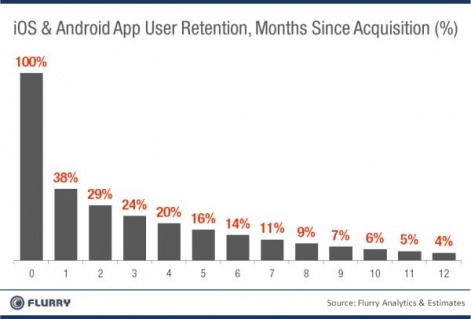 At the far left, marked as month '0', 100 percent of a consumer cohort begins using an app. After three months, 24 percent of them continue using.

After 6 months, this percentage shrinks to 14 percent, and, by 12 months, only 4 percent are left. For this analysis, Flurry compiled data from 25 apps downloaded a cumulative 550 million times.

From our perspective, this situation is only going to get more challenging. Just look around at the amazing production values that are out there at the moment  Air Mail, Infinity Blade II, My Horse, Galaxy on Fire 2, Real Racing 2 HD, Sky Gamblers : Air Supremacy  you get the idea.

It's a simple point: the quality bar is being raised massively. Whether you like it or not, your game is being benchmarked in the shadow of these giants.

It goes without saying that not all developers have massive budgets and that it isn't all about graphics, and that's fair enough. A great game can be a great game without looking stunning, but a customer that's cruising the app store won't give your app a second glance if it isn't appealing or doesn't look polished.

Oh, and if it if looks great and plays well then maybe Apple will sit up and take notice, increasing your chances of being featured on the store front. So the incentive to make your app look as good as possible is a major one.

Benchmarking your app's quality isn't hard to do, and is essential to help understand whether what you've made really is better than the competition. Quality matters.

Firstly, reviewers will actually be interested. Why? Well, put yourself in a reviewer's shoes for a second. They see hundreds of new apps a week of varying quality, so for every 100 apps they review, it's likely that one or two are actually worth consumers' money.

Reviewers are always looking for that diamond in the rough, but you should only approach them if you absolutely and genuinely believe that yours has something different to add to the mix.

So, before you put your app out in the big wide world, spend time looking at the category you're going to be putting it into, take some time to play around with other apps, and look around at what the users and the review sites are saying.

It's an age old cliché but knowledge really is power, so if you're able to clearly express to consumers and reviewers alike why your app is genuinely different and why it's worth some of their hard earned cash then you're doing well.

Testing your app on friends and family never hurts either. Finally, the guys at Apple and Google are no different. They see hundreds of apps and are looking for something special to feature that week.

So, our first commandment is a simple one. If you want to maximise your chances of success with journalists, customers and the guys that run the app stores, then make sure you really take your time to make something special.

Make sure the app looks as good as possible, the UI is clean and attractive, the gameplay is solid, the icon is eye-catching  basically, make sure every bit of your app is as well crafted and polished as you can make it.

Only your best is good enough. And don't try to take the easy route and cut corners or try to game the app store.

After all, I'm not sure any of us can take another Angry Zombie Ninja Bird.
To find out more about appromoter and the services it offers, take a look at the company's website or receive up-to-the-minute updates via Twitter.