Opinion: Love your indies, and they shall love you back 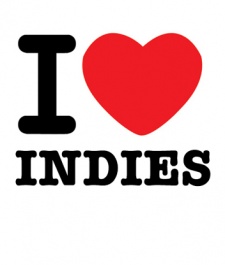 July 27th, 2012 - 04:10pm
By Keith Andrew
Sitting here in my office on the top floor of PocketGamer.biz's lavish skyscraper in Manchester, UK  that's how I'm choosing to sell it  I can finally admit something to you guys.

My first steps in the mobile business scene, taken on these very pages around two and half years ago, were largely blind ones.

Having worked for Pocket Gamer in one regard or another since 2007, I naturally wasn't alien to the world of mobile games.

However, said knowledge came from scores of game reviews, viewing the industry from the more typical consumer perspective, rather than the B2B one I'm now accustomed to.

Indeed, for those few Pocket Gamer readers who rarely make the trip over to the pages of PocketGamer.biz, I can sincerely tell you all these months on, you're missing out.

I can honestly say that, of all the developers I've been lucky enough to meet or work with at events or other occasions, I can't think of one that has made a bad impression on me.

Even in the cases where the final product  the game lovingly thrust into my hands  isn't all that it could be, the ideas that fuelled its creation are usually off the chart.

I'm specifically talking about indies here: few are the studios merely looking to repackage what's gone before. For those at the bottom of the tree, everyone is looking to make their own mark.

Indeed, what's brilliant about all I've seen of the UK indie scene on mobile is a constant desire by all involved to, in one way or another, raise the bar.

That's a view that a couple of recent events have firmly hammered into my head.

This year's Develop Conference in Brighton, for instance, was as much a forum for discussing where the games industry is headed as it was a celebration of all those that, big or small, are helping to shape it today. 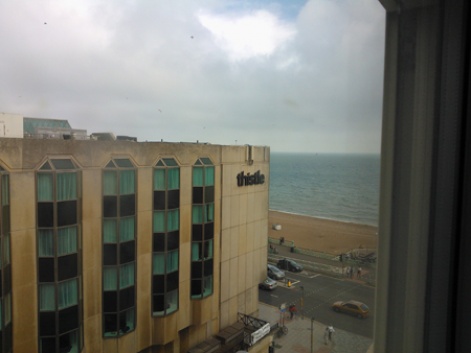 The glamour of PGbiz's hotel room at Develop...

For journalists, such events risk being solo affairs, however.

While most attendees go to talks to learn about a specific issue or to gain a fresh perspective, we sit there tapping away furiously at our laptops, carefully balanced on our knees, looking for a nugget of info or a soundbite to build an entire article around, on the fly.

It's a much more exhausting process than working from the office or from home, yet I have never felt so enthused and optimistic about the mobile games industry as I have catching the train back from a wet and windy Brighton earlier this month.

Not only had I seen a collection of games that, even with my now cynical and weary eyes, excited me, but I'd also once again been party to a development community that, without prompt, looks out for all of its members.

It was perfect timing, then, that my next trip out should be to the Best of British 48 hour game hack in Shoreditch, London.

Best of British itself is built upon the idea of studios coming together to help each other out, and  though my input didn't extend beyond reporting from the scene and recording the odd video interview  I learned a lot just watching those involved set to work. 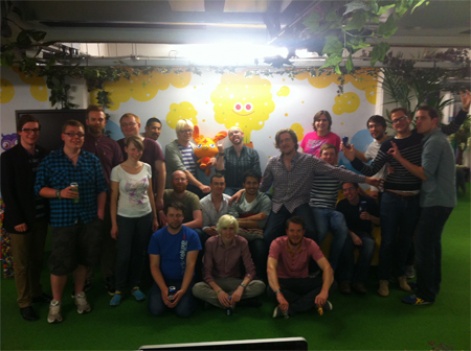 A Best of British pose...

The thing that makes indies so special, in my view, is the enthusiasm that - almost by default - gets thrust into their ideas, and their latter willingness to share what results around.

Money is and will always be an issue. These studios don't operate as charities, and it's clear that working in the ever-competitive mobile space is getting more and more difficult for many.

But while this sense of community thrives, it's easy to see why so many are willing to go the extra mile - working out of their garden shed, or spending priceless pennies travelling around the country for such events  to carry on.

I vow to thee

What I, and specifically PocketGamer.biz, can look to do is offer support.

Hopefully, many indies will already have turned to our pages once or twice for a slice or two of insight. That's something we're striving to build on in the months and years ahead.

This industry, from major players to fresh startups, deserves coverage that not only shines a light on all its success, but also details the times when things haven't exactly gone to plan.

Every developer out there has a story to tell, whether they know it or not, and we're here to draw out those tales of wonder or woe for the good of the industry at large.

So, next time you see me yawning at an event because of the early start, or furiously fiddling with my laptop because it refuses to connect to the overstrained wifi, feel free to remind of this rather cheesy ode to all things indie.

Because, all I can say so far is, it has been an absolute pleasure. 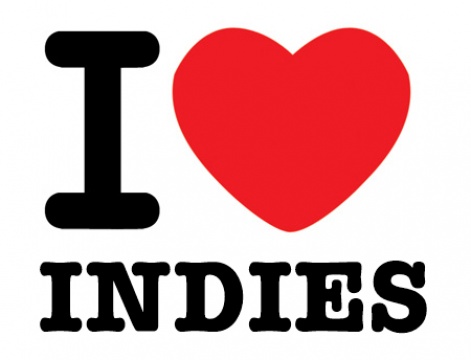