Grabbing the attention of the public and press 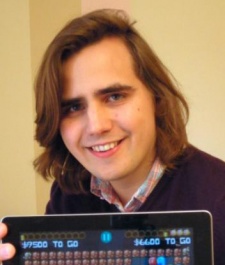 August 9th, 2012 - 02:00pm
By Guest Author
Alistair Aitcheson is a one-man studio working in Wiltshire, UK. He is the developer of the Greedy Bankers series of iOS games, and recently gave a talk on Indie Exposure at the Develop Conference in Brighton.

It's a situation so many developers have faced: releasing a game into the mobile world to watch it instantly fade into obscurity.

While freely accessible app stores have meant that indies can now compete side-by-side with larger studios, the flip-side is that, unlike the old boxed-product model, you don't get exposure simply by being on the shop shelf.

With so many apps competing for consumers' eyeballs, a developer's attention must turn to marketing and promotion if they are to succeed.

But successful promotion doesn't begin when your app leaves the door. It needs to start the moment you begin developing the game.

In fact, it's part and parcel of the design of the game itself. It's up to you to design your game to be marketable.

Fortunately, making an indie game 'marketable' isn't a question of sterilising your game to make it inoffensive. In fact, it's quite the opposite. 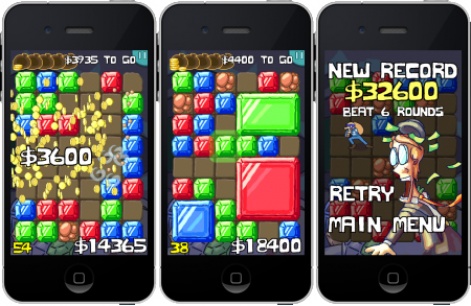 You're selling innovative experiences at a low-risk price, so your biggest challenge is getting your game to stand out.

Unlike the high-priced games of the triple-A world, where familiarity alleviates consumers' risk of an expensive disappointment, your indie game needs to be loud and proud of what makes it different.

Think less about designing your game to 'appeal' to an audience, and design it so that they cannot ignore it.

The most important factor in your game's marketability is its unique selling point. If you have one simple core reason for people to take interest in your game then you are already in a prime position. Especially if you can explain it in a single sentence or image.

You'll be pitching your game to consumers on your store page, and you'll be pitching it to games press for coverage. Both of these parties are busy people, and both have a lot of games vying for their attention.

So you need to convince them your product is worth their attention from the first line of your pitch. Nothing does this better than a remarkable core concept that they have never experienced before.

If you want to sustain press interest throughout development, your game needs to provide a story worth writing about. If you want people to recommend your game to each other in person or via social networks they need to have something worth a conversation.

The polish of your graphics and addictiveness of your gameplay are much harder to discuss. Not only are these qualities entirely subjective but they're almost impossible to quantify.

Telling a fellow consumer that they will be able to do something they have never done before does not need justification. Sustained discussion has a lasting effect that a banner ad campaign or good review score cannot.

These are lessons I learnt myself from working with Greedy Bankers, my series of iOS puzzle games.

When I added mutliplayer to the iPad version, Greedy Bankers vs The World, I noticed people got significantly more vocal about the game.
Vs The World encourages players to reach across the screen and steal from their opponents, making it one of few iPad games that actively encourage you to cheat and play dirty!

With this bolder and more unique focus, the iPad version gained significantly more press than its iPhone predecessor. Greedy Bankers vs. The World for iPad

It built up a vocal fanbase at expos where I exhibited it, and made noticeably better sales. It also opened my eyes to the benefits of promoting my work during development.

Promoting your game from as early as possible builds up your game's credibility and fuels a successful launch. If press know about your game before it launches you don't need to introduce it to them to get coverage on launch  it'll already be validated, and they'll already know exactly why your game will be interesting to their readers.

Early promotion also allows you to test out various pitches to find out what people respond best to. I learnt how marketable the stealing mechanic was because it was what people talked about when it got coverage. It was the part that made their eyes light up during demos.

From this, I made sure that cheating and stealing were at the forefront of every pitch, and I focused development on making this as awesome as possible.

When seen like this, marketing and development really do go hand-in-hand.

Marketability is heavily dependent on the core concept of your game. Promoting your game during development provides feedback that allows you to see your game from the consumer's perspective, and adapt accordingly.

The biggest risk for indie and mobile developers is not being noticed at all, and only you can make sure that doesn't happen. Fortune favours the bold, so get out there and build something worth talking about.
You can find out more about Alistair Aitcheson on his website.

Reply
Dave Mitchell Founder at Two Tails
"Promoting your game during development provides feedback that allows you to see your game from the consumer's perspective, and adapt accordingly."

This has been great for us, as we've already started to re-shape Leaf Rider slightly from the feedback we've got and how we've started to understand how we describe or pitch the game to others.
Posted 9 years, 9 months ago