Flashback Friday: User acquisition is a waste of money, and will eventually kill the mobile games industry 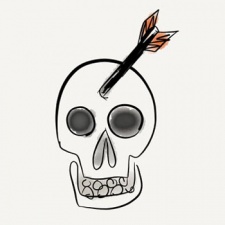 Originally published in August 2012 - prior to Clash of Clans, if you can imagine such a time - this article was written in a more gentle time when it came to the costs of user acquisition, although they had already started their rise.

Much of the thrust of this article appears to have come to pass.

User acquisition has been the key trend underpining the mobile games business throughout 2011 and 2012.

And as we move into the holiday season, it's only becoming more dominant.

Yet for many companies who are engaged in the business of buying and selling downloads, the practise is nothing more than a short-term plaster hiding an infected wound.

When we could charge

Back in the days of the ' App Store's dash to 99c', setting your game free for a couple of days was enough for most titles to gain chart position, and perhaps even a reasonable return on investment when the price returned to 'normal' a couple of days later.

Any company that's about buying users not about entertaining gamers should seriously rethink its business model.

A simple trick, everyone used it and most companies quickly became addicted to the heady rush of free chart position and massive download numbers. Over time, they ended up more focused on this than the quality of their games.

Hence, these quick 'successes' became ever quicker as gamers were seduced away the following day when the new selection of games 'went free for a day'.

Never were so many games downloaded and so few played.

Grip in a frictionless world

The situation was untenable and it was finally killed off by the rise of free-to-play games. But user acquisition in the world of free games has developed much the same.

With an entry-level user acquisition campaign likely to set you back $100,000, few developers have the financial firepower to get involved in this battle. They've switched roles from creators to suppliers, selling their in-game inventory to the highest bidder.

Instead the industry's focus has shifted to venture capital-funded outfits; generally the larger social-mobile publishers.

They were early to the free-to-play mobile space and built up big audiences and solid organic revenues, often on the back of games which aped Facebook casual mechanics, albeit without the social glue.

But as the quality levels of these games has risen over the months, these publishers have found it harder to compete, especially with new entrants, who often have console development experience, raising the quality bar in terms of graphics, audio and gameplay.

Retooling your studio is expensive and time consuming. It's simpler - and in many cases cheaper - to spend money buying users, even though their in-game sessions become shorter and less lucrative over time.

A quick look at the top grossing chart today demonstrates how quickly things have changed.

Sure, there are some well worn brands such as Beeline's Smurfs' Village and Backflip's DragonVale, which have built up a committed audience over time and are now almost impossible to shift out the top 20.

There are a lot of casino 'games' now stalking the charts. That's an opinion piece in-and-of-itself. Good luck competing with them, even if you have a casino game.

More interesting is the position of a new wave of games such as NaturalMotion's CSR Racing and Supercell's Clash of Clans, which demonstrate the power of high-end graphics.

In particular, when revealing it had grossed $12 million in a month, NaturalMotion loudly proclaimed it hadn't spent any money on user acquisition. Instead, it was the quality of the game that drove downloads, as well as blanket coverage from Apple in terms of App Store promotion.

However, my biggest concern about the current user acquisition war isn't that it doesn't work. It's that it works imperfectly only for a certain type of company, and it's this which is unbalancing the entire ecosystem.

As we've discussed many times before, building a global mobile social gaming network is an all-in gamble for world domination.

Hence for companies such as GREE and DeNA, user acquisition is a crucial part of their high risk business model. They have the cash to spend and they have the commitment to an end goal.

That's why GREE can agree to deals such as its recent Chartboost direct deal. In this, it's offering up to $3.50 per install with no revenue cap for developers who promote its games on iOS and Android.

Similarly, with DeNA. It's not been so open about its user acquisition plans but the position of obscure card-battler Rage of Bahamut at the top of the iOS and Android top grossing charts demonstrates how much cash it's hosing at the situation.

Keeping up with the Joneses

Such moves mean direct competitors such as Zynga and Glu Mobile are drawn into the user acquisition game; if nothing else, they need to protect their audiences from being acquired away.

Then we have a trickle down effect as companies that should be looking at other areas of promotion are drawn into spending money because that's what their competition is doing.

The irony of the situation is the user acquisition frenzy has impacted the entire industry from the smallest developer, who's now churning out titles to ensure it has inventory to sell, to the largest publishers, who are spending to ensure their quarterly financials don't highlight dropping user numbers.

But the bottomline is we're in the games industry.

Any company that's about buying users not about entertaining gamers should seriously rethink its business model.