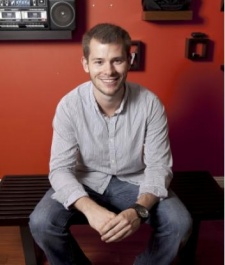 When I was a kid, the Teenage Mutant Ninja Turtles used to trick me into eating awful popsicles.

Whenever the ice cream man played his creepy jingle to bring the neighbourhood kids out into the streets, I always went for the popsicle,  with the vomit-green hue and two waxy-gum eyeballs  that looked like Donatello.

Part of my 8-year-old brain just wanted to chomp away at that turtle's head. In other words, branding is powerful.

Using character-brands to market products has been around since the dawn of time. It's brought us Batman burgers, Super Mario soda, and just about every Mickey Mouse product you can imagine.

However, creating a brand out of a character is something that mobile gaming is just beginning to capitalise on.

While giants like Disney are successfully leveraging brands inside mobile games, many of the small-to-mid size development houses are not.

By growing a theme or character into a memorable brand, developers can create a more organic and cost-effective way to retain existing users and acquire new ones. It also opens the door to more streams of revenue.

The shining example of a great brand in mobile games is, of course, Rovio's Angry Birds franchise. You can't throw an iPhone these days without hitting at least three kids in an Angry Birds t-shirt.

In fact, the brand is so strong that Rovio has had problems with illegal Angry Birds theme parks popping up in China thanks to some over-eager entrepreneurs. Rovio has also announced its plans to team up with Marvel and release an Angry Birds movie in 2014.

Although the idea of a game-movie sends me into painful flashbacks of the 1993 Super Mario Bros adaptation, an Angry Birds movie is a great idea because it's a strong brand that retains its creative legs.

In just a few no-dialogue cut scenes, Angry Birds tells a story of loss, passion, retribution, and justice  that's more than you can expect to see in 90 percent of full-length movies these days.

Baked in or added later

That's not to say strong brands in mobile games don't already exist. Disney has created some intriguing mobile-first characters like Swampy (Where's My Water) complete with a backstory and line of merchandise to match.

Disney/Pixar and DreamWorks are also dropping their characters into existing games like Temple Run, which was re-branded to fit Pixar's Brave, and Fruit Ninja which got the Puss In Boots treatment.

Basically, if your game is popular and does not have a leveraged brand, people will pay you to leverage their own.

Not why, but how?

There's a pretty clear benefit for developers to implement a powerful brand into their mobile games. This begs the million-virtual-coin question: how do you create a memorable brand? Here are a few techniques that I've seen in successful games.

If console games are a movie, mobile games are a sitcom: Mobile game developers have a tough job getting a gamer to root for their characters in multiple broken-up sessions.

Most of the time when someone is playing a mobile game, they're also dealing with an angry fiancé next to them in bed, or a confused barista trying to get their order for the third time.

Mobile games are played in small chunks throughout the day so the character development has to follow suit. A popular format  used in games such as Rovio's Amazing Alex and MTV's Oscura  is to give the character a meta-goal and break up the levels they need to beat to achieve them into few-minute long spurts.

This provides character development in such a way that gamers don't need to invest hours at a time to go along with.

Put a little Shakespeare in there: If you look at most successful mobile franchise games, all their characters are boiled down to a simple and relatable motivation. Although we may not be emotionally invested in the characters on our iPhones, on some level we want them to succeed.

The Angry Birds just want their family back, Swampy wants to be clean so he can impress the lady-gator he's wooing and the Goo Balls in World of Goo are trying to get to safety on planet filled with other Goo Balls. 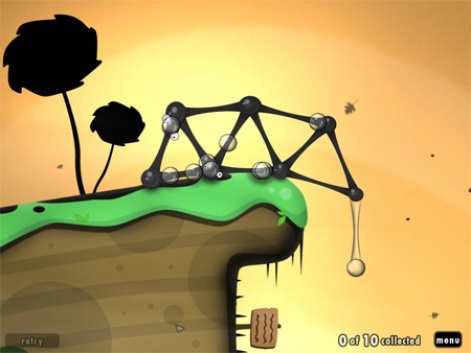 Family. Love. Home. These are motivations anyone can understand infused in a simple storyline resulting in popular mobile games.

Give the people what they want: This is another way of saying know your audience.

Mobile gaming has followed traditional gaming in that its gamer ecosystem is a rich and diverse community filled with different types of players. For example, a mid-core mobile gamer may be less obliged to root for a fairy princess than a post-apocalyptic cannibal.

Although designing a game with a specific audience in mind may inhibit the universal appeal of your title, it does give you the opportunity to build a more dedicated user base that may be easier to monetise.

So, not only does creating a memorable brand open up entirely new streams of revenue  in the form of t-shirts, plushies and popsicles  but it can also help developers cut spending on mobile ads and lessen the ever-growing cost of user-acquisition.

Small to mid-sized developers can benefit from putting some energy into fostering a strong relatable character with a backstory. The fact is, if gamers associates with and become attached to a brand, mobile developers don't need to start from scratch each time they design a game.

Instead, they'll be laying the groundwork for a gaming franchise that people will be eager to return to.
VSCpr is a San Francisco-based public relations and digital marketing boutique servicing the mobile, social, gaming, enterprise, advertising, and consumer technology industries.