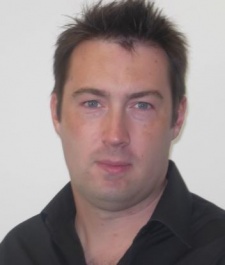 September 11th, 2012 - 02:00pm
By Guest Author
Paul Farley is MD of Tag Games, a Dundee-based developer behind the likes of Doctor Who: The Mazes of Time on iOS and Funpark Friends for iOS and Android.

Sony Liverpool, Popcap Dublin and, of course, the shenanigans at OnLive. These really are the best of times and the worst of times for the games industry.

Last month I made the point that often we spend far too much time trying to analyse success, rather than looking to learn from our more frequent failures. Well, if it is failure you want, the past few weeks have provided plenty.

It's remarkable to consider studios that are widely held to be some of the most talented and successful in the entire industry are closing down.

There can be no doubt that the shift away from console as the dominant gaming platform is having an even greater impact than that made by home consoles on the arcades twenty years ago.

And this time it's not just one segment of the industry that's affected; the entire traditional industry is feeling the pain. From development, through publishing and distribution to retail, there's trouble all over and it's only going to get worse.

The larger transition that's at work is one that can't be halted.

Despite the odd couple of dissenting voices, we have now reached acceptance that mobile is going to be the dominant platform for gaming for the foreseeable future.

Triple-A console gaming will survive beyond mobile and tablet in some form, but the industry is changing forever and there's no going back.

In amongst this upheaval is a real danger that we could lose some of our brightest talents to other industries. It is therefore my sincere hope that we see an explosion of new independent development start-ups to fill the void.

We've already seen this happening widely in the UK. In fact I don't think we've seen such a healthy and vibrant independent games scene here since the 8-bit days. However it's a big leap of faith if you've been used to feeding from the corporate breast.

If you've been working in a large publisher or hardware manufacturer owned studio and you're now considering making a new start in indie mobile development, I've compiled a short list of things to watch out for as you make the jump.

The good news is that you probably already have a team of people that work well together and boast of a range of specialist talents that will allow you to deliver high production value 'console like' games. It's a great place to start.

Run the business: It's amazing how many mobile games start ups fail to realise that they need someone who's capable of taking care of the business stuff.

If you don't have someone in the team with a passion for cash flow and spread sheets, you'll need to find one quick.

It's amazing how many console teams making the transition struggle to understand why their competitors are so quick, cheap and how they deliver so much with such small teams and limited resources. You'll need to cut the fat and get back to basics  at least at the start.

Game design: Mobile is not console. Your new audience is transient, has a short attention span and is used to getting great content for free.

It might take a few attempts to get to grips with small screens, touch controls, dialling in the scope, scale and mechanics to get the right mix for mobile. At all times think about the player and the platform.

Stand out: Has your team got a specialism? If you've been making puzzle games for 15 years, chances are you've got a group of people that are good at building them. That makes a good place to start.

You'll find most genres work well on mobile (the jury's out on the FPS). Your specialism might be an art style or technique. Exploit what you've got, as best you can. Half the battle on mobile is discovery. Stand out and make sure your studio has a compelling story to tell.

Business models: You've been comfortable making games that are sold upfront. Unless you've been on the moon for the past couple of years you'll know that free to play and freemium are the dominant models on mobile.

Learn all you can about how to use the various sales techniques required and ensure the game design and business model are complementary at every step.

Complexity: Technically, your challenges are largely going to shift from squeezing performance out of a single hardware platform to building for multiple platforms and device configurations. It's hard, you won't like it, but the sooner you suck it up and get on with it the better.

Games as a service: You might be used to thinking its job done when you launch your game, but on mobile it's only the beginning!

Many games, especially the social ones, rely on frequent content updates to keep the audience engaged. You'll want to get to grips with games analytics as well so you have the best insight into what's working, or not, in your game and how best to address those issues.

Failure really hurts: Our experience with Tag - and what I hear from those studios brave enough to talk about their failures - is that mobile really is just as hit driven as console.

The biggest difference is that on other platforms, failure to score a hit will at least deliver some kind of recoup  on mobile it's all or nothing. Seriously.

Failure can mean downloads in the low thousands, or even hundreds. Can you cope with that?

The good news is that you can make the jump! Sure it's a long way, but as Boss Alien (ex-Black Rock team members) has shown by generating $12 million revenue from the first month sales of CSR Racing, if you get it right the rewards can be spectacular.

The bad news is that many will fail, but that shouldn't stop you trying.

The mobile industry needs fresh blood and new ideas. Teams coming from console development are contributing to the progression of the biggest and best entertainment format on the planet.

Welcome along, but seriously, what kept you so long?