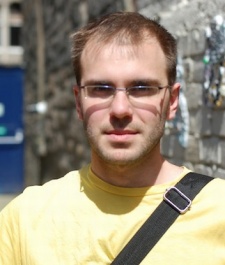 Yann Seznec is the founder and director of Lucky Frame, a three-man studio based in Edinburgh, Scotland. Lucky Frame's latest game is Bad Hotel, which hit the App Store in August 2012.

Releasing an app is actually rather relaxing, because no one cares.

Your app is one of 700,000 on the market. Even reaching the top 100 means your app has to approach the 99.99th percentile, which is fairly unlikely.

Once you've tempered your expectations (trust me, you won't have a hit) and realised that your app won't make you rich, you can relax. No one cares.

That said, no one releases an app without hoping that it will get some attention and downloads. So, here are three tips for releasing an app, based on the lessons we learned from our experience with Bad Hotel.

Press and reviews are important and hard

You've got an idea for an amazing game! That's awesome, you should make it.

But if you make it in a dark cave, relying solely on the magnificence of the final product to get people excited, you're unlikely to get any attention. And if your plan is to tell your social networking pals about the game and hope that word will spread, you should probably expect a worldwide sales tally of about seven downloads.

This is where I'm supposed to give you the secret to getting lots of coverage. Well, sorry  that doesn't exist. It's just hard work.

This always seems to come as a surprise to creative people  as it turns out, getting good press is difficult. So difficult, in fact, that there is an entire industry built around getting good press for games (and music, and theatre, and horse breeding, and model trainset building).

"But wait!" I hear you say, "How did you get so much attention from Bad Hotel?"

Well, that's a good question. Sure enough, we managed to get brilliant reviews for Bad Hotel on launch day from 148Apps, Gamezebo, Kotaku, Touch Arcade, and more.

The main thing to remember is that no self-respecting blogger wants to review an app that's already out. Think ahead  contact games writers that you respect, whose reviews and interests you agree with.

Tell them about your game, and include some gorgeous art or gameplay videos. Explain why you think it's unique and fun. Offer to send them early builds via Test Flight.

In all likelihood, you will get ignored for a long time. But keep at it - find other sites, contact them personally, try to build relationships with interesting and open-minded writers. If you can get them on board early in your development process, they are much more likely to give your game good coverage.

I hope that by now it goes without saying that you should ignore any pay-for-review sites. This has been covered extensively by many other sites, but it boggles my mind that people still do it.

Don't ever pay for a review. End of story.

But I'm going to go one step further  you should also ignore websites and blogs that ask you to 'submit your app' through an anonymous form. Worst of all are the sites that include a field for a promo code. Do yourself a favour: ignore them.

In a fit of panic in the days before the release of Bad Hotel I went to a number of these sites and sent them a copy of the app, along with a description, screenshots, etc.

The total number of these sites that ended up reviewing Bad Hotel: 0. In context, we were reviewed by nearly 40 high-quality sites, which I think proves that the game is worth covering.

But these 'submit your app' forms are probably filled out hundreds of times a day by developers looking for a quick and easy way to get reviews. They almost never result in any coverage, and at best are a waste of time.

At worst, they give you the impression of 'working on getting press' when your time (and valuable promo codes) would be much better placed writing a personal email to a writer whose work you admire.

To take Pocket Gamer as an example, their 'contact us' page lists every writer, along with their email addresses.

Writing an anonymous email to all of them will be counterproductive, but if you find a single reviewer whose interests really seem to align with your game, write them personally. They will appreciate the effort.

You won't sell many copies of your game. Admit that to yourself, you'll feel better in the long run.

I don't think it would be too much for me to say that Bad Hotel had a very successful launch  at least for a three-person independent studio operating out of a single room in Edinburgh.

In our first week we ranked around #100 in overall paid apps, #2 in music games, around #50-70 in games overall. We were featured on the front page of the App Store, and our reviews were almost unanimously positive. What else could we ask for?

Well, sales. It turns out that the App Store economy is even more brutal than you could possibly imagine.

Ranking 100th out of 350,000 paid apps puts us comfortably within the 99.9th percentile of paid apps, but it resulted in just under 2,000 sales a day (for full numbers, check out my blog post about it).

At 99c that means a daily revenue of $1,316  less than one week of labour costs for Lucky Frame.

Sales dropped considerably after the first week, so if we're really lucky we will cover one month of running costs. Result!

But we never expected to make lots of money from Bad Hotel. In reality, we are simply pleased that our game got so much positive attention. For us, Bad Hotel is one more step in a longer journey towards making a name for ourselves as a quirky, unusual, and original creative studio.

Making a single game and hoping for millions of sales is pointless. Making a game as part of a bigger strategy will focus your energy, and allow you to aim for ambitious but achievable goals.

Indies Mavens debate whether Nintendo should go paid or F2P?