Getting heard has never been harder 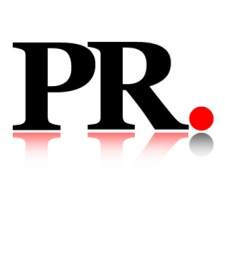 November 7th, 2012 - 10:00am
By Kristan Reed
It's fair to say that commentators haven't exactly been clamouring to stick up for the Public Relations profession during the whole 'Doritosgate' debate.

If you take the mud-slinging at face-value, they're the easiest target of all. The lazy assumption is that the PR crowd are little more than sleazy, calculating con-artists.

Armed with a generous expenses account and some tempting freebies, their coercion tactics paints them very much as the estate agents of the games business.

Some have even gone so far as to suggest that we'd all be better off without them; that the narrow drip-feed of information stifles creativity and results in generic reporting. That the inflated review scores help no-one.

The theory goes that if the information dam is breached, writers would decide on their own angle and produce more interesting work.

What's been lost in the whole press ethics debate is the reason PR exists in the first place, and what they bring to the games industry. The answer is simple communication and logistics.

Left to their own devices, most game developers wouldn't make for the best self-publicists.

More often than not, the creatives involved are happiest actually making the games, not talking about them, presenting them to an audience, or scheduling interviews.

In most instances, independent developers in the mobile space will feel particularly hamstrung.

Unless, like Molyneux, they've left a big studio with an armful of global press contacts, and a willing army of journalists approaching for interviews, many won't even know where to start.

And even if you do have a short cut to the media, you may just lack the time or the inclination to organise a coherent campaign.

In either instance, a good PR is the best conduit for getting information out there. A good one will know when the right time is to speak, who to speak to, and when to just 'go dark' and let developers get on with finishing the game.

It's also their job to identify the best 'angle' for promoting the game; when to court controversy, and how to deflect it when it unexpectedly blows up in your face. They'll also provide a reality check - they should know how good your game is versus the competition, and if it's a classic in the waiting, may know exactly who to put it in front of.

It consistently surprises me how many great mobile games arrive out literally of nowhere. The recurring theme appears to be that developers just aren't bothering to even try to promote their games in any form.

It leaves me wondering what the motivation behind that lack of effort comes from, and why they imagine that word of mouth alone is going to work for them.

Presumably money - or lack of it - doesn't help, but why would you spend so long slaving away on your game only to fail to alert the key journalists about its arrival? Finding emails and contact numbers isn't difficult in this era of social networking.

There's no excuse, and you can have no complaints if it fails to appear on anyone's radar. The truth is, in mobile, there are never any shortage of innovative, great new games to talk about, so you really can't leave anything to chance. A smart PR can reduce the odds of failure dramatically.

Earlier this year, Barry Meade from Fireproof took the initiative and collared me at E3 to show off his upcoming iPad puzzler, The Room. It could have been another load of old crap, but as a team formed by ex-Criterion bods, he got my attention.

In that instance, he circumvented the PR process through his own determination, but it was the track record that sold me on the game in advance.

The sad reality is that I might well have passed up on the chance to see it otherwise, so it's important not to kid yourself. Just because your game is definitely worthy of praise and attention, that's no cast iron guarantee that you will get it.

We're all busy, all the time. Sometimes emails get overlooked, for good reasons and bad, and in this ridiculously crowded market, you just need a way to get someone's attention. Again, a good PR professional is there to short cut this torturous, frustrating, and seemingly random process.

The idea that we don't 'need' PR is a faintly ridiculous notion. Of course we need them, but on both sides of the fence we also need them to do their jobs - to put games in front of people in a timely fashion, but not to expect too much.

A large part of where games journalism has gone wrong, in my opinion, is this tiresome tendency for games (especially blockbusters) to be previewed to death in the run-up to release.

The reason this happens, more often than not, is down to agreed expectations, but the PRs also feed this expectation - sometimes to a product's detriment.

A good PR will know how much coverage is appropriate, and perhaps where to freshen up the coverage once you've run through the basic preview/interview formula.

Readers have become so conditioned to pre-release coverage being little more than puff pieces, they've lost their potency, so now, more than ever, it's important for everyone involved to be smart.

Unless developers have become masters of social media and spend their lives talking to the press, the chances are they need help. They need to know who to go to in the press, when to go to them, and how often.

In this era of fast, easy communication, publicity has become a lost art. The signal to noise ratio is such that games writers are constantly bombarded with so much junk information that, if anything, they need the help of trusted PR professionals now more than ever.

And 'trust' is the key word here. Honesty is a two way street in games journalism, and I'm fairly sure PRs around the world have been 'stitched-up' on countless occasions by writers who claimed to be thrilled by a game, only to crush it to dust once the article goes up.

What you want as a writer is to work with the kind of PRs who are on your level - who can look you (and the developer and the publisher) in the eye and admit when a game isn't all it could be. Because if they're capable of being realistic, it means much more in the long run to manage everyone's expectations.

Who knows, it could even mean the game becomes better.

Who are these magic PRs, I hear you ask. Well, they're out there. In 15 years of working with them, most are a dedicated, efficient bunch that listen to what you want and try and get the best for you within the parameters of what they've been given.

The ones that fail generally get flushed out of the system pretty fast, and are easily found out.

It's a bit like games journalism - if you're no good at it, there's no hiding place, as this recent unpleasant saga has brought into rather ugly focus.

The constructive thing isn't to assume that PRs are some sort of vile stain that we need to wash away. The best ones can - and do - make a big difference to creating a buzz around games that deserve it. It's ultimately up to the writers to call foul on the games that don't.

If they don't, then it's no surprise when people question your motives.