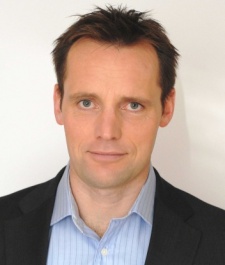 November 8th, 2012 - 02:01pm
By Guest Author
Robert Unsworth is a true mobile gaming veteran, having worked for the likes of France Telecom In-Fusio, Digital Chocolate and, most recently, Peak Games.

Robert is also the founder of G1 Social, a consulting firm set up to help small and medium sized companies navigate the maze of social media and games marketing.

In my last article I looked at the course of recent events that has led to a new wave of publishers on the mobile platform.

This time around, I'll take a look why the dynamics are fundamentally different on mobile and why the online Facebook model does not immediately translate to smartphone platforms and particularly to iOS.

This viewpoint is not meant to be an attack on the current and principal F2P mobile publishers, simply an attempt to clear the misconception that exists among many developers, and the market in general, when they talk about social games and mass-market mobile content.

But everyone's got a smartphone and they're always connected  surely you can't get more social than that?

This first constraint means that most commercial successes have come from targeting a single device where the game has been tuned specifically for that dev environment, even with certain claims of cross-platform interoperability.

However, our real social graphs span friends who use iPhones, who use Android devices and even some die-hards who refuse to give up their cherished feature phones. Apple's market share of smartphones is about 1 in 3  pretty impressive, but this drops to 1 in 8 when you take into account feature phones.

How can you have a great party if most of your friends aren't there?

Compare this with Facebook, where virtually all the western world is connected through a browser and can access the same experience - 93 percent of all adult Americans have access to Facebook. This is a social platform.

Imagine Facebook's influence today if it were only available as an app download on Mac desktop computers.

Add to this the fact that a developer needs to integrate a social gaming company's SDK on iOS to leverage any form of social interaction and this then reduces the market reach even further and it becomes an even more limited social experience.

Downloading an application is for the most part a solitary experience.

As a former boss once told me; it's all about the notion of 'checking in' and 'checking out'. Here's what he meant  for any social experience, you need to check in, 'hey this is me, what's going on?'

That's what we do in real life when we go to the office or we go to a friend's place. And this is what everyone does on Facebook.

They login and have the browser page persistently open to catch up with friends and perhaps do other tasks at the same time.

When they play a game on Facebook, they play in the canvas of the Facebook page  as a result they will see updates, challenges, posts, invitations and other sorts of social interaction from friends - and of course not just for games. In other words, they check in and they stay checked in.

When someone plays a game on mobile device, they go to an App Store (currently run editorially and with the same appearance for everyone, regardless of their personal tastes, preferences and previous actions) and they download something that they think is of interest; largely determined by what's in the top of the charts.

This is not a very social experience (as well as creating a perpetual circle for the top downloaded apps  the subject of an independent analysis).

Once they've downloaded the game, they leave the store. They 'check out'. Therefore, even with a gaming sub-layer of socially orientated challenges, the game is largely a play alone experience and the interactions are competitive but not really social, and rarely collaborative.

Furthermore, it's very difficult to implement engaging social interaction via a F2P publisher's SDK once the game has been fully developed.

Any truly collaborative activity needs to be baked into the core design of a game; intrinsic to its basic mechanics and core loop  you can't make a game social by adding a few APIs at the end of the development process.

It is therefore very difficult to be a social games publisher on smartphones, in terms of providing a social platform layer across which players can interact.

The benefits to developers of the new social publishers are largely those of a classic publisher  sizeable marketing support, visibility, relationships with the app store gatekeepers, and, in some cases, the provision of advice on game design and monetisation mechanics.

These virtues aren't limited to game publishers either. Many analytics and cross-promotion platforms, Flurry for example, are also becoming increasingly adept in these disciplines.

Famous last words perhaps, but I think it will be some time, largely determined by the advent of browser based gaming on mobile devices, before we see a true third-party social gaming platform.

DeNA and GREE built their enormous businesses in social gaming in Japan, but where was this success achieved? In the browser, on feature phones.

Other smart companies such as Papaya have come up with intelligent solutions to make their published games more sociable, but players generally interact around a single game and don't consider it yet as a social venue, despite some great functionality in their SDK.

With user acquisition costs continuing to increase, we're seeing several of the leading F2P game publishers look at more holistic platform solutions to achieve economies of scale, and so for the short term at least, there will be an increasing number of 'social platforms' to choose from rather than less.

At the same time, we shouldn't overlook the two key players, who invented the 'social' and the 'mobile gaming platform' markets in the first place  Facebook and Apple.

The former is being both aggressive and smart in how they help developers bring their content to mobile and how their partners can drive discovery in an efficient way.

The latter has a vested interest in keeping developers afloat with good monetisation and discovery mechanics and will continue to have the most ubiquitous presence for any homogenous mobile platform.

In the short term, then, developers should look at which publisher offers the best service for their particular needs, but in the longer term we will certainly see a reduction in the number of feasible mobile 'social' platforms available.

The choice of partne, therefore, needs to be made carefully.