Infographic: How Angry Birds shot for the Star Wars and won

AKA how Rovio gained flight 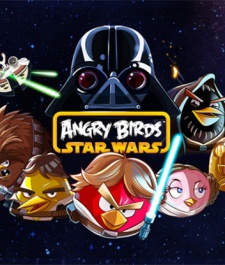 November 21st, 2012 - 10:10am
By Mike Cook
It's been over three years since Angry Birds first launched, and each passing year throws up bigger and crazier statistics about the series' success.

With the latest release powering up the charts in typical fashion, we decided to take a look back on the path Rovio followed to partnering with one of the world's most beloved franchises.

It's also worth fathoming just which of the two IP is getting the most out of this galactic-scale license mashup - an area we've previously touched upon in our weekly app chart round up, The Charticle.

Please do download this image and to host it on your own site, with the proviso that you must include a link back to this page - http://www.pocketgamer.biz/r/PG.Biz/Angry+Birds+Star+Wars/feature.asp?c=46732.

Studying Computing in London means that Michael looks for any excuse to get away from error messages and blank screens. Puzzling and platforming on the DS are his ultimate escape.

Reply
Anna Kovaleva
thanks a lot for the infographic! it's great!
Posted 9 years, 7 months ago