The first round entrants

Last week, however, I travelled to Tallinn, Estonia, to see the pitch day of the first round of companies to pass through the Gamefounders program.

Backed in terms of its operational costs by the Estonian government, and private investors, in terms of its investment outlay, Gamefounders operates on a twice yearly cycle.

It's currently operationally funded for four rounds, with a couple of investment slots still open.

Each round's intake of up to ten game start ups relocates to Tallinn for three months spent in the incubator, which is next to the University, and international IT companies such as Skype.

Here the companies gain advice from over 70 industry mentors, plus access to tools and services, and have the time and resources to bring their games and gaming products to the quality sufficient for launch.

In terms of how the numbers stack up, every selected team gets seed finance of 5,000 for each co-founder who moves to Estonia for the three month period, up to a total of 15,000.

For that, Gamefounders helps the start ups create a company in Estonia, taking a 9 percent equity stake in each, while also working with them to get their first proper funding round.

The first batch of six companies has now completed their three months, with the deadline for the second batch shutting on 7 December.

So let's have a look at what the teams have been up to.

Based in Lithuania, Akira Mobile is the developer of two browser MMOG games, Spheres and its effective sequel Planera.

Both are competitive city building and resource management games with strong player versus player gameplay.

Currently available in Lithuania and Latvia, these games have a combined audience of around 100,000 MAUs, and will be launched on social networks in Russia in 2013. Planera has also just gone live on two Polish social networks.

Set up by a group of experienced developers from Ubisoft's Milan studio, Bad Seed offered one of the round's most polished products.

Partly this is because Sheep Up! is currently available for iOS, and has been since May 2012.

Available in both a Life and 99c format, the team have been reworking it for a free-to-play relaunch in January 2013, in which the first 20 levels will be free. Packs of additional levels will cost 99c. There will also be versions for Android and Windows Phone.

And the company has two further games in development.

The only Estonian company in Gamefounders' first round, Baila Games has released four card games and one boardgame in Estonia.

Also called Baila, these are themed drinking games, in which people turn over cards and then perform the tasks detailed on them.

With over 50,000 physical games sold in Estonia, the company is now expanding with shops in Denmark and Latvia taking the product. Its planned launch in Russia, UK and Benelux in 2013 will be backed by the release of a free iOS and Android game, which will encourage upsell of the physical products.

Originally planned as a console download title, Dutch developer Glowforth's Pixelfire is a high-end, graphically intensive platform adventure, in which you switch control between two characters.

Inspired in terms of atmosphere by indie games such as Limbo and Bastion, the Unity-powered title is set in the Arctic and tells the story of Ataataq and his diseased son Suka.

Still in development, Glowforth is now completing a vertical slice of Pixelfire, with 5-6 months required to complete the game.

Set up by two soccer-mad Argentines, Mind on Games is the developer of web game Manager Mania.

It's a fantasy (i.e. using non-licensed teams or players) soccer management game that has you buying, selling and training players, while setting up your tactics to climb up the league and become the best manager in your country.

As well as the main league mode, there are challenges and prize tournaments. 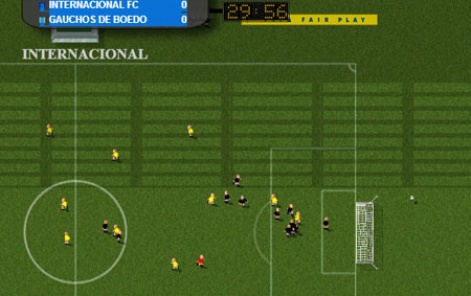 The team is working to bring Manager Mania to mobile, initially Android, will continuing to build out its featureset.

Based in Hungary, PlanB is a learning-focused developer, which is planning to launch its language learning app LearnInvisible for iOS (December) and Android (early 2013).

Based on specific learning methods that combine images, words and audio prompts, it will include six languages, with more to be added. 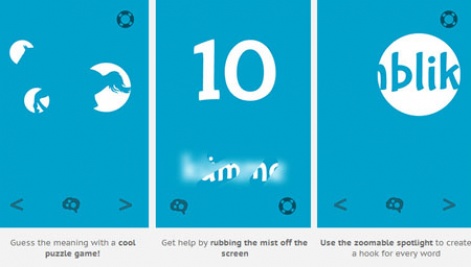 Users buy additional packs of letters, with the complete set of 560 costing $15.

PlanB has also released an image game called ThinkInvisible on iOS, and is working on a version based around recognising sports cars.

All six teams are now looking for further investment, with pitching sessions being undertaken in Tallinn, Helsinki, Paris and San Francisco.

You can find out more details about Gamefounders here.